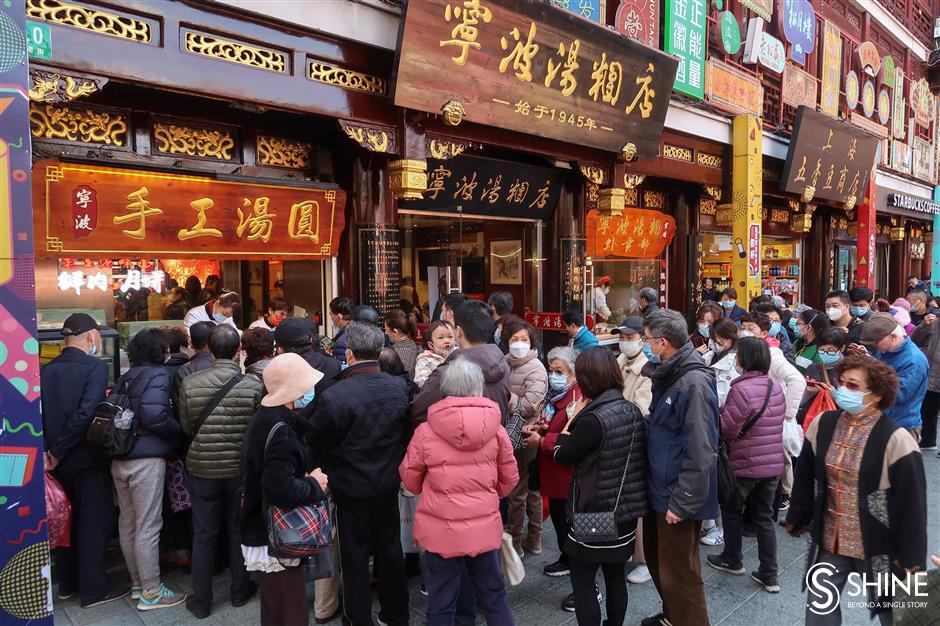 Ning Bo Dumplings has been selling more than 70,000 tangyuan every day of late. 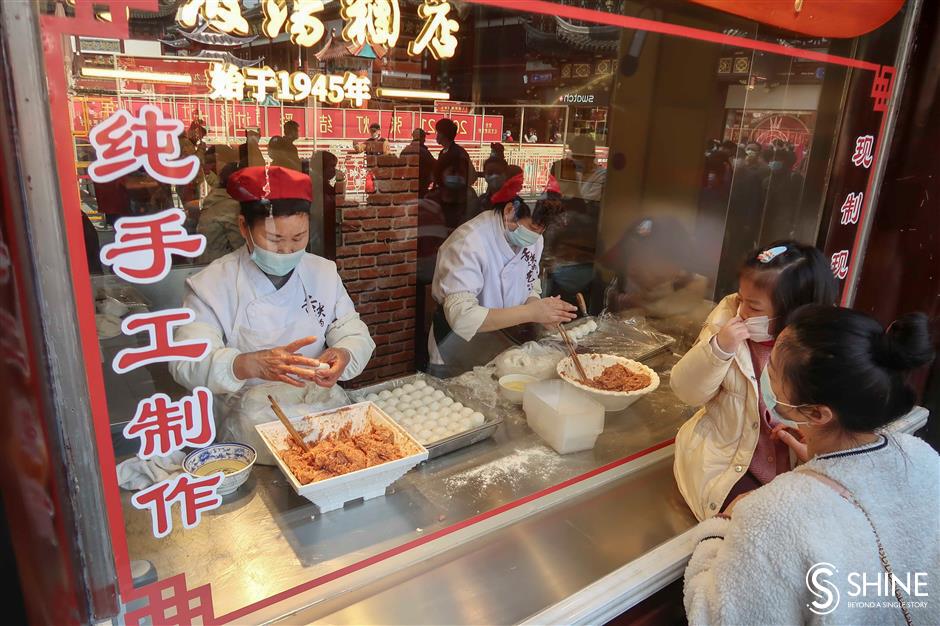 Long lines can be seen at time-honored tangyuan (glutinous rice balls with sweet or salty fillings) restaurants in the city with Lantern Festival just around the corner.

At the venerable Wang Jia Sha in Jing'an District, famous for its local snacks, tangyuan, an essential treat for Lantern Festival — which is tomorrow — is the best-seller these days.

"About 5,000 to 6,000 boxes of tangyuan with xiefen (crab powder fillings) are sold daily, as it's the signature tangyuan flavor of Wang Jia Sha," said Zhou Yongqing, deputy director of the restaurant's dim sum department. "The crab is fresh and xiefen tangyuan involves a number of complicated procedures."

Zhou said most customers have been coming for years.

The restaurant introduced a new tangyuan flavor this year — salty yolk with meat floss — which is popular among young people. 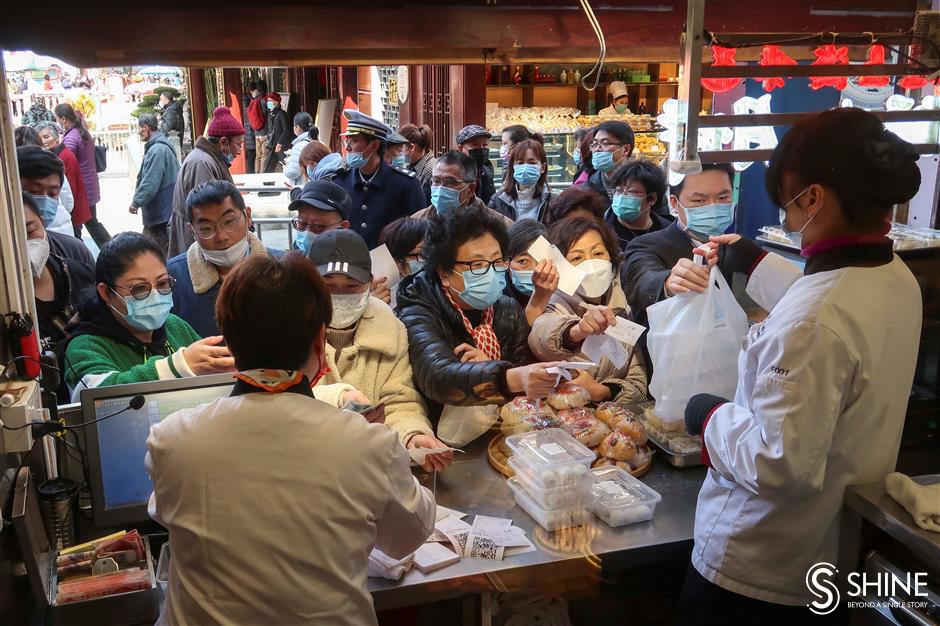 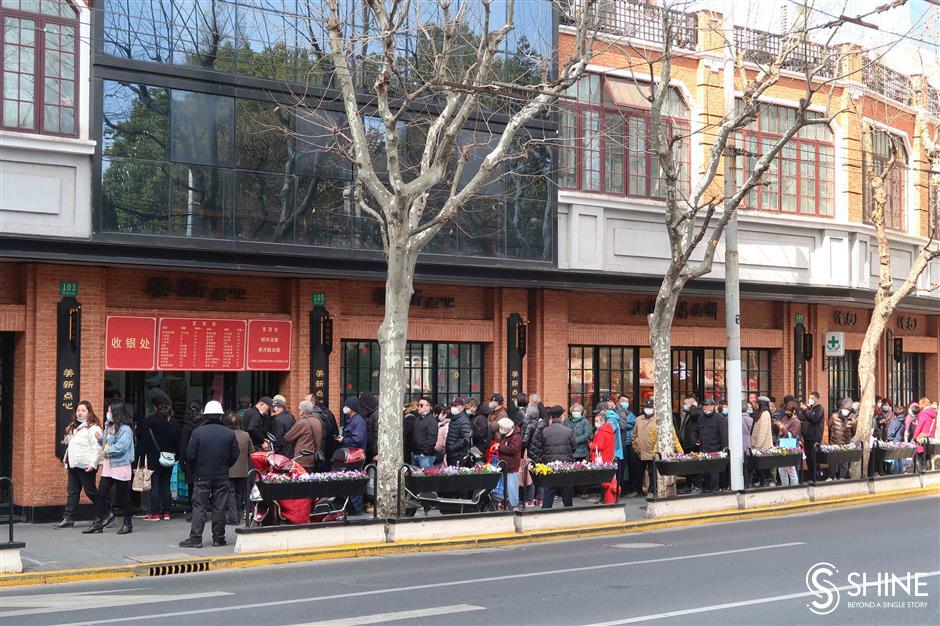 At Mei Xin Dim Sum, a restaurant on Shaanxi Rd N. in Jing'an also renowned for its tangyuan, glutinous rice balls are selling out every day as early as 2pm.

A customer surnamed Ma who lives in Minhang District said she took two buses and stood in line for more than five hours yesterday to get her hands on the holiday treat. She said buying tangyuan at Mei Xin Dim Sum before the festival is a holiday tradition, and left with five boxes containing both sweet sesame and salty pork fillings.

A restaurant employee said more than 10,000 boxes of tangyuan have been sold every day of late, and working overtime still doesn't meet the demand.

Ning Bo Dumplings, another popular tangyuan eatery located in the Yuyuan Garden area, has also been overflowing with customers. More than 70,000 tangyuan are flying off the shelves every day, and sales are projected to exceed 100,000 tomorrow. Dating back to 1945, Ning Bo last year introduced durian tangyuan, which has been selling out before noon.