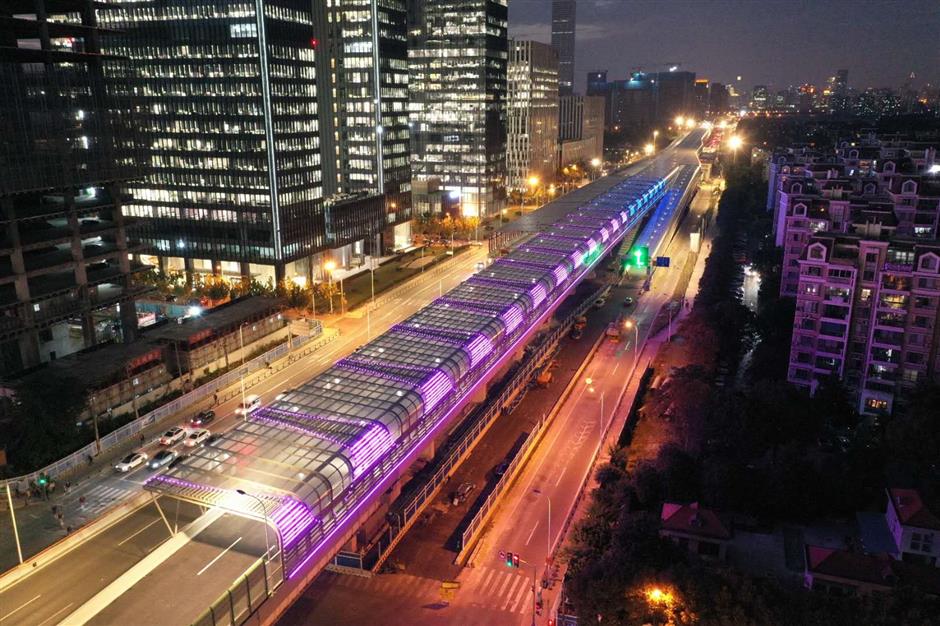 A major urban expressway project to relieve congestion and improve the traffic network in Pudong’s southern riverside area is set to complete this year, officials said on Thursday.

The Jiyang Road project stretches 7.1 kilometers from Lupu Bridge in the north to the boundary of Minhang District in the south.

At present, the construction of elevated roads has been completed, allowing rapid transit with Inner, Middle and Outer Ring roads.

Construction of ground-level carriageways is set to be finished by the end of November, with some sections to be opened to the public as early as June, according to the Pudong Construction and Transportation Commission. 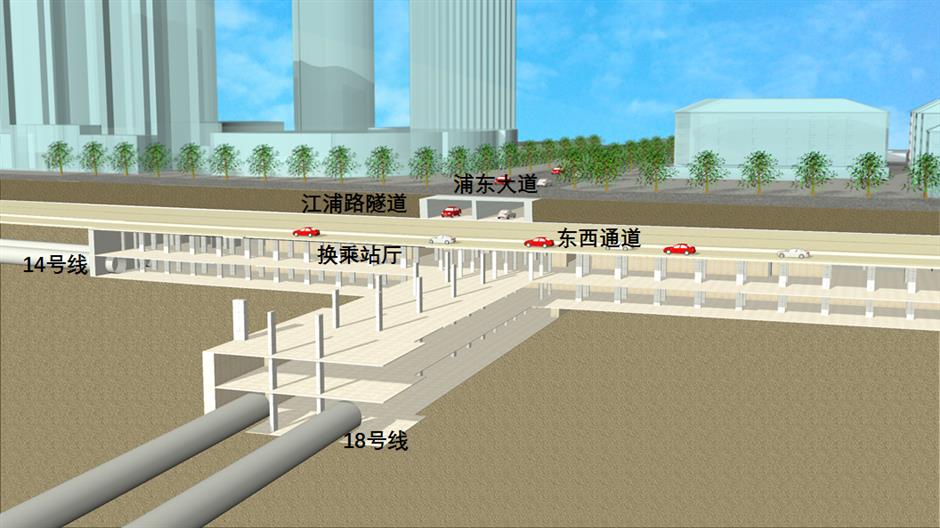 The east-west passage is part of the city’s largest and most challenging comprehensive traffic project.

Construction of another major project, the east-west passage, is also well underway.

The 7.8-kilometer rapid transit system, acting as extension of Yan’an Elevated Road, comprises Pudong’s major thoroughfare Pudong Avenue and passageways underneath it. It is part of the city’s largest and most challenging comprehensive traffic project which also includes Metro lines and cross-river tunnels.

Construction of Pudong Avenue has been partly completed. At present, it opens as a two-way four-lane carriageway, and around the middle of December all six lanes are set to open.

Main structures of underground passageways, which stretch 6.1 kilometers from the tunnel’s exit to Longju Road, are complete. Construction of ramps and a major exit on Longju Road are in place and set to finish in September.

During the 14th Five-Year Plan, Pudong is to accelerate construction on the expansion of Pudong airport, the airport express line, the district’s first railway station and other major projects.