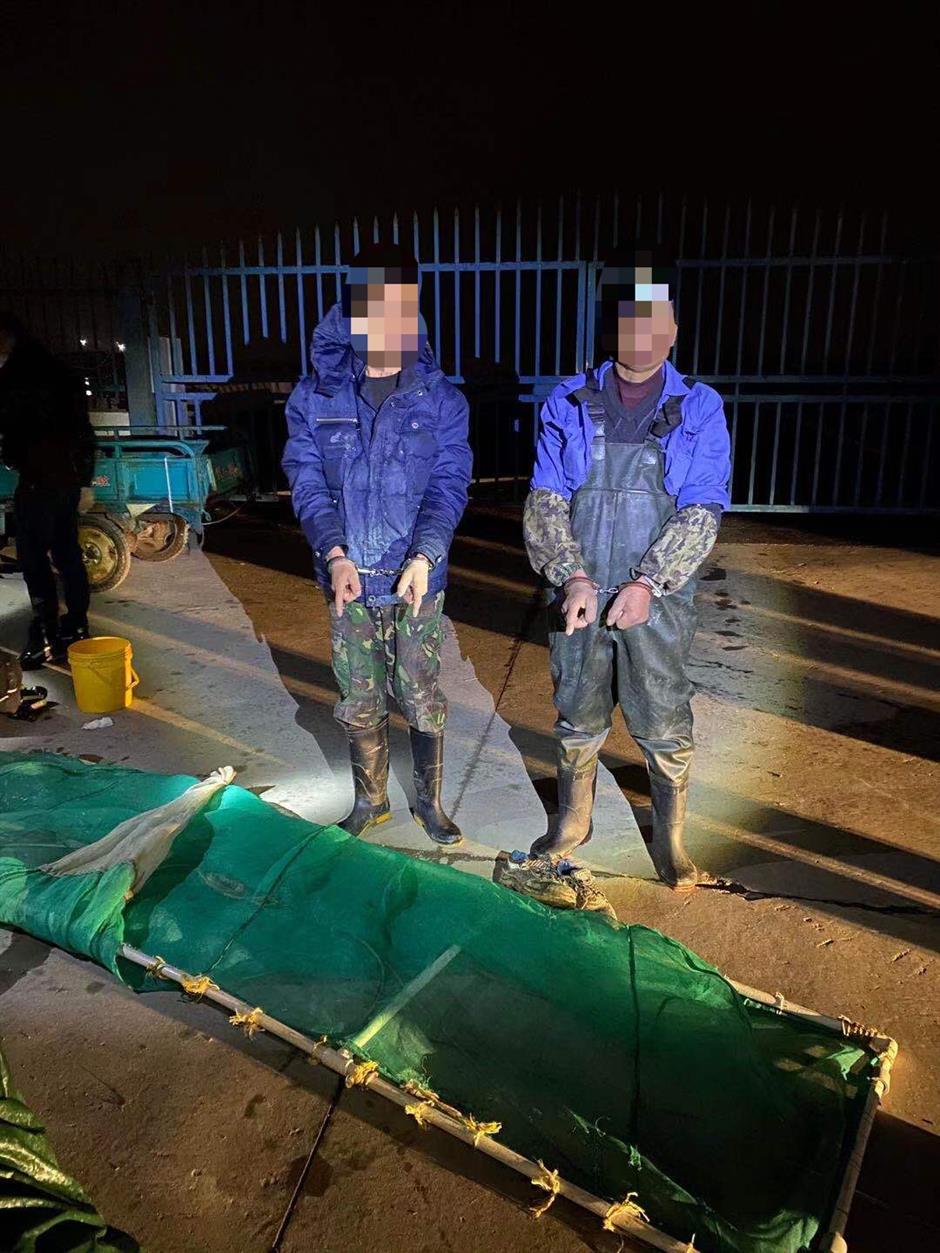 Two of the 11 suspects caught by the police on January 28 for allegedly illegally fishing for baby eels in Jinshan District.

Twenty-four suspects alleged to have been fishing illegally in the Yangtze River and selling their catch have been caught in 10 cases so far this year, Shanghai police said on Thursday.

This was the result of an intense crackdown on the violation of a 10-year fishing ban on the river which took effect on January 1 last year. Fishing is also banned in all waterways in Shanghai from February 16 to May 16 every year, except for recreational angling.

In January, Shanghai police discovered this year’s first case of illegal fishing for baby eels. The city allows licensed fishing of baby eels, which can’t be raised in fish ponds, only in a certain sea area from January 15 to April 15 every year.

Police in Jinshan District found some people illegally fishing baby eels in the waterways near Longquangang River in the middle of January and rounded up 11 suspects on January 28.

The baby eels have been released back to the sea, police said.

Shanghai police have installed smart sensors along the coasts and have been using helicopters and drones to spot illegal fishing.

The Ministry of Public Security encourages reports of illegal fishing by calling 110 or 010-66262044.