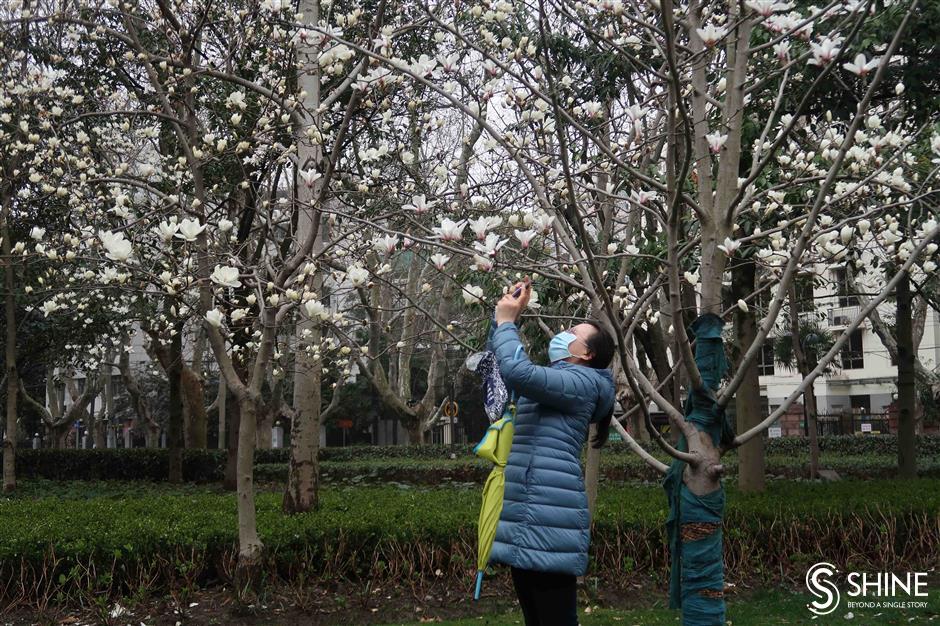 A woman takes photos of Magnolia trees in bloom in the city on Sunday.

The city’s weather bureau issued a yellow fog alert, the third-highest level in the four-tier system, at 7:15pm on Sunday.

Under the influence of warm and wet air, visibility will fall to less than 500 meters in local coastal areas on Sunday night and Monday morning.

Other places will have visibility of less than 200m, the Shanghai Meteorological Bureau said.

Extra care should be taken on roads.

The air quality is forecast to be excellent over the following three days, the Shanghai Bureau of Ecology and Environment said on Sunday.

Weak cold air will arrive in the city this week, with the temperature declining from a high of 17 degrees Celsius on Monday to 11 degrees on Tuesday. 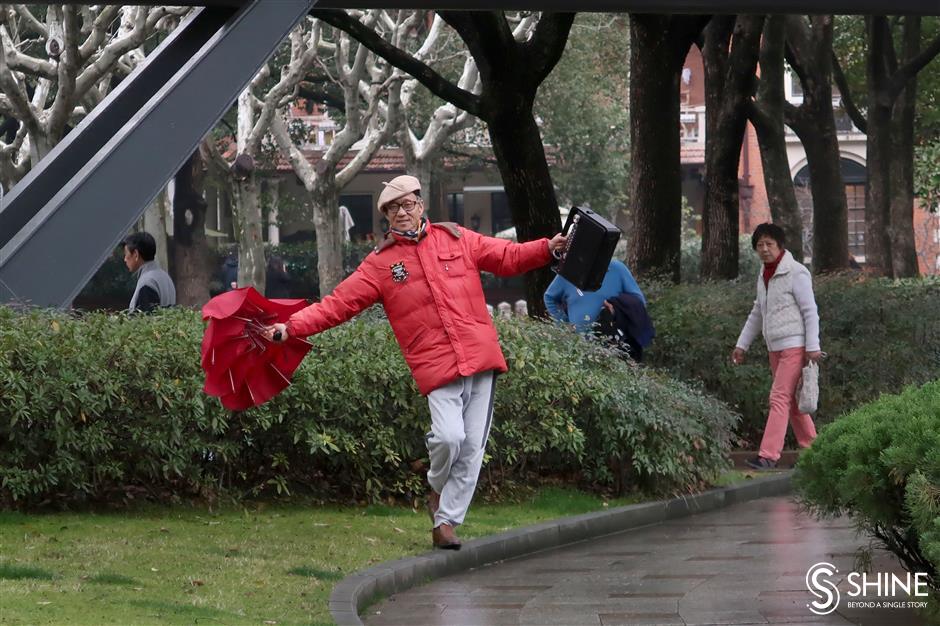 Dancing after slight rain falls in the city on Sunday.

Although the high will increase gradually to 15 degrees on Friday, it is expected to return to 11 degrees over the weekend.

Tuesday will be the only sunny day of the week but will also have the lowest temperature of the week at 4 degrees.

The third solar term Jingzhe, or insects awaken, will start on Friday. It indicates that the weather will be warmer and animals and insects will wake from hibernation.

It is still unclear when Spring will officially come to the city. The official start of Spring requires average temperatures of more than 10 degrees over five consecutive days.