On Monday, the Shanghai-based carrier signed a contract with Commercial Aircraft Corp of China, developer of the C919, near Hongqiao International Airport, the future operation base of the jetliners.

China Eastern and its subsidiary airlines plan to deploy the C919s on its most popular domestic routes from Shanghai to Beijing’s Daxing airport, Guangzhou and Shenzhen in south Guangdong Province, Chengdu in southwest Sichuan, Xiamen in southeast Fujian, Wuhan in central Hubei and Qingdao in east Shandong.

“The contract signing marks an important milestone for the C919 to enter the commercial operation stage,” said He Dongfeng, president of COMAC.

He said the purchase also showed the determination of China’s aircraft manufacturing and transport sectors amid the COVID-19 pandemic. 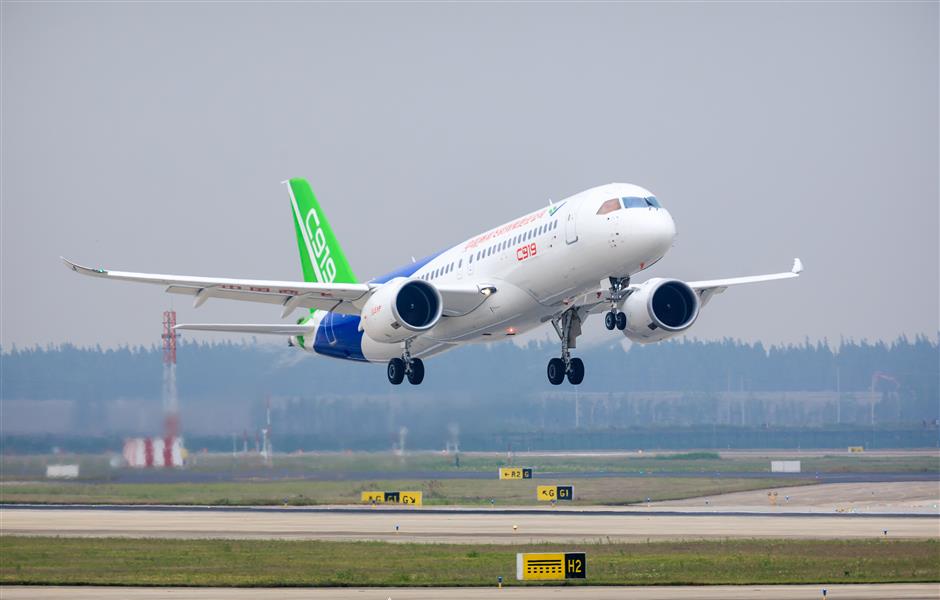 A C919 jetliner takes off from Pudong International Airport.

The C919, with 168 seats and a range of 5,555 kilometers, aims to compete for orders with Airbus and Boeing. COMAC has secured 815 orders of intent from global carriers and clients for the C919.

The first C919 made its maiden flight from Shanghai on May 5, 2017. Since then, six prototypes have rolled off the assembly line in Pudong and are under test in northwest Shaanxi Province as well as Shandong and Jiangxi provinces.

China Eastern will launch operation verification for the new aircraft type, train professional crews and other supportive protocols for COMAC after the contract signing, said Wang Yongqin, deputy director of the planning and development department of the local carrier.

By the end of 2020, China Eastern was operating a fleet of over 750 planes with routes covering more than 1,000 destinations in 170 countries. It transports 130 million people annually as one of the world’s top 10 air carriers. 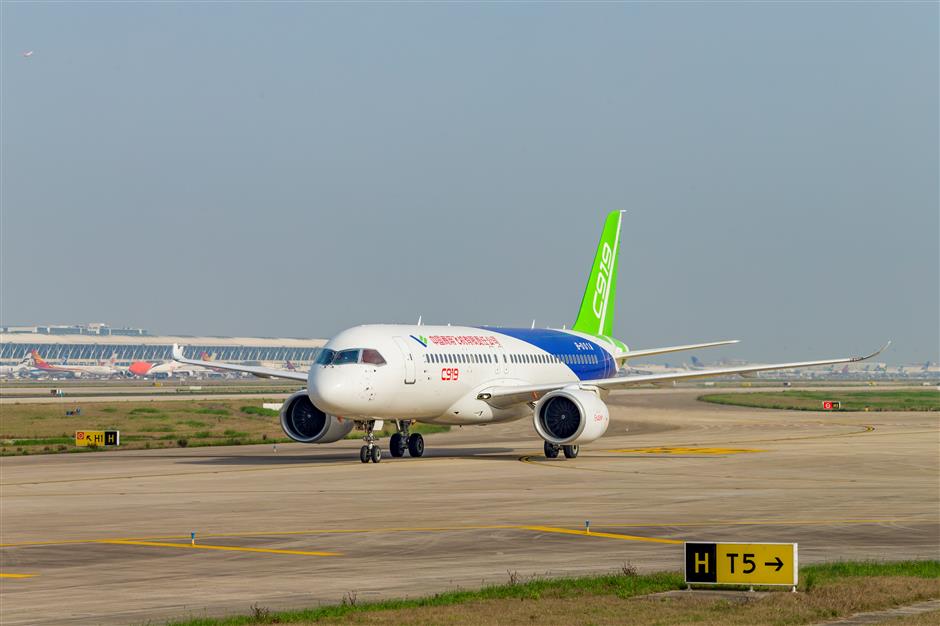