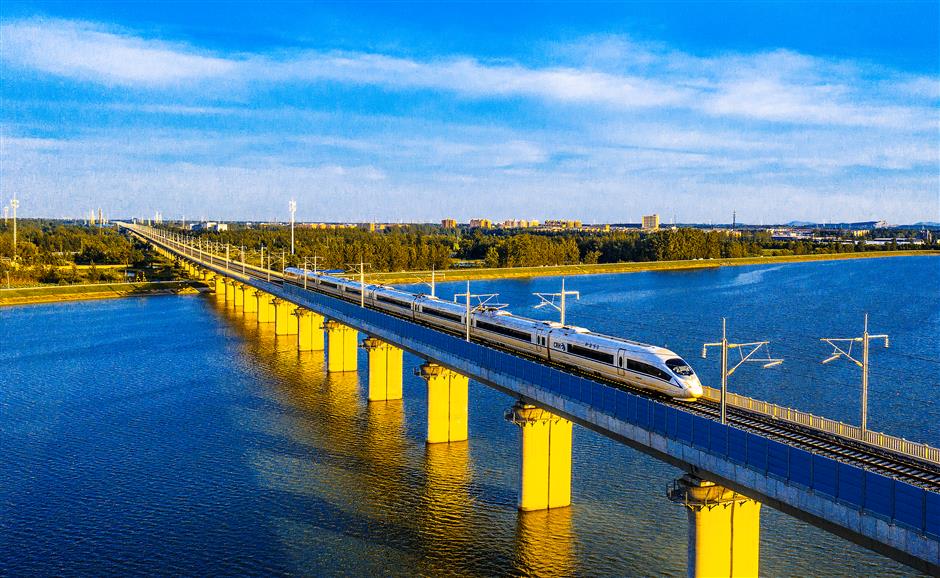 A high-speed train travels on the Xuzhou-Yancheng route.

However, the group expects a tourism rebound in former high-and-medium-risk COVID-19 regions when the virus is eliminated nationwide.

Many weekend trips will combine spring outings with tomb-sweeping on April 4's Qingming Festival, a time for Chinese people to pay respects to their ancestors.

Railway passenger flow in the region is forecast to steadily increase between March 12 and 31 and peak between April 1 and 8.

Sixty trains operated only during peak traffic periods will be put into service between March 12 and April 8 along with 17 additional high-speed trains.

The additional trains will service routes including those between Shanghai and Nanjing, Nanjing and Anqing, and Xuzhou and Lianyungang.

Trips featuring specialized trains will be launched as well.

Travel agencies said there has been a surge of bookings to destinations featuring flower appreciation.

Shanghai-based online travel operator Trip.com said the number of bookings to scenic spots with blooming flowers has increased 115 percent over 2019.

Some of the most popular flower appreciation destinations are the Turtle Head Island Park in Wuxi, Jiangsu Province, Wuhan University in Hubei Province that features cherry blossoms, Wuyuan scenic area in Jiangxi Province which is known for rapeseed flowers and Plum Flower Mountain in Nanjing.

Group tours to Nyingchi in the Tibet Autonomous Region where peach blossoms will be in full bloom are also popular.

Trip.com said cheap airfares are helping fuel spring outing enthusiasm. The average price of an airline ticket in March is 503 yuan (US$78), down 20 percent from the same period in 2019.

Online travel operator Tongcheng-Elong said bookings for flower appreciation tour products have surged more than 100 percent over the same period in 2019, with driving and high-speed railway the primary modes of transportation. Wuhan, Wuyuan, Kunming, Luoyang and Guangzhou are among the most popular destinations. Men account for 55 percent of these bookings, and those born after 1980 account for 68 percent. 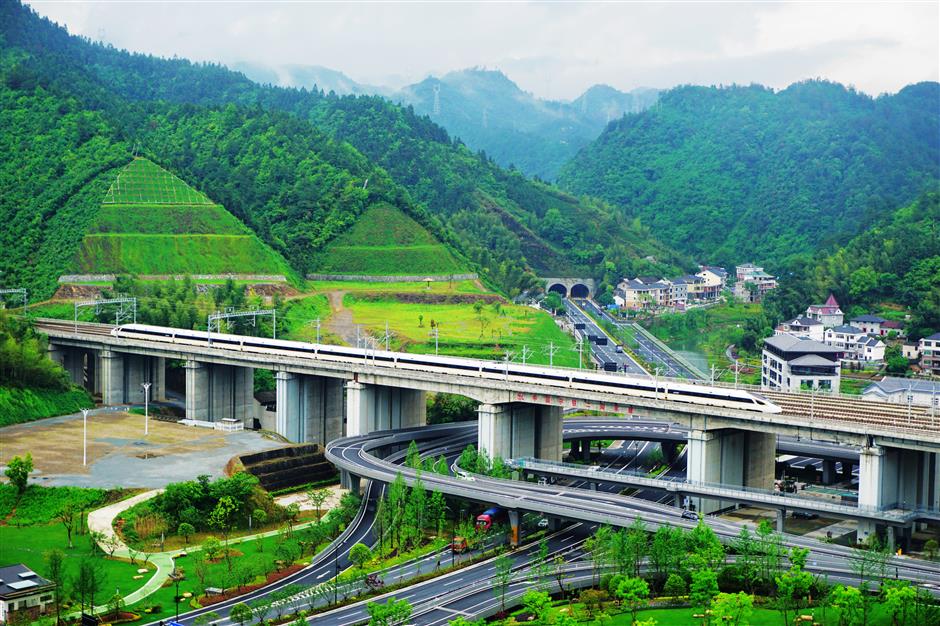 A high-speed train runs along the Hangzhou-Huangshan route.

Xidi Village in Anhui Province is packed with visitors.