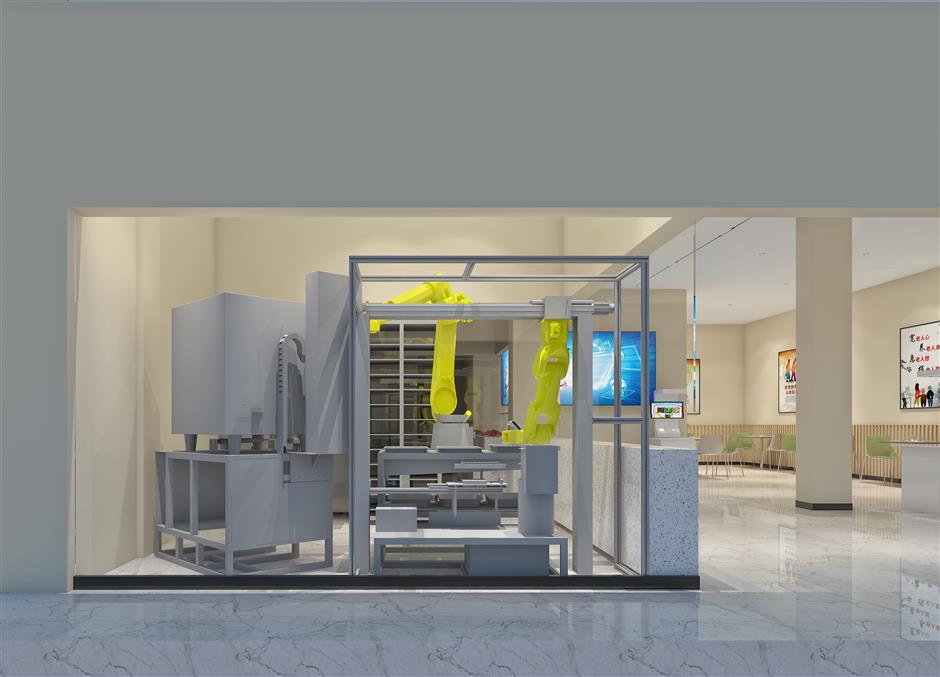 Shanghai's first unmanned community canteen will open to the public in the Hongqiao area in June.

Construction has begun at 1004 Hongqiao Road on the canteen, where dishes will be cooked and distributed by robotic arms, while an artificial intelligence system can offer diet advice, the Changning district government said on Thursday.

The Community AI Canteen developed by the Hongqiao Subdistrict will cover about 130 square meters and cater to senior residents and office workers in the area.

Its intelligent cooking system and robotic arms can cook all kinds of Chinese dishes. The arms can steam, boil or fry raw ingredients delivered from a central kitchen according to customers’ wishes. 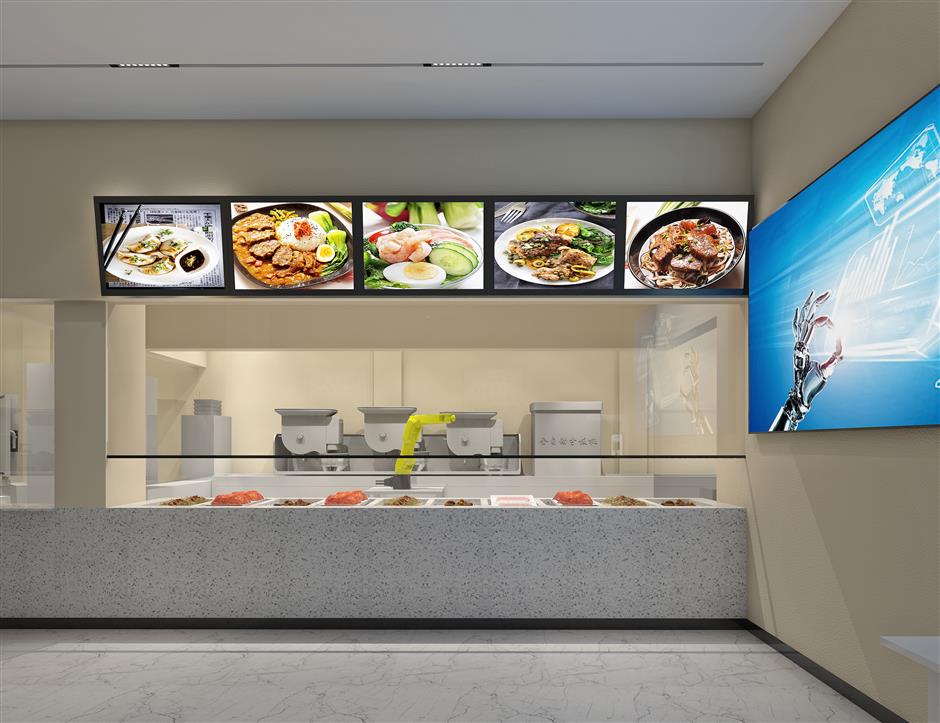 Hongqiao Community AI Canteen will mainly cater to senior citizens and office workers in the area.

A self-service noodles machines can make noodles, wanton and spicy hot pot, dishes popular with young customers. Customers can choose from over a dozen kinds of topping for their noodles.

Robotic arms can also pack the dishes and control the temperature for dine-in or takeaway.

The payment section allows the use of mobile payment as well as facial, sound or fingerprint recognition for those without smartphones. The system will analyze storage in real time and ask the central kitchen to supply raw materials when required.

For anyone not sure what they want to eat, the AI system can offer suggestions based on health data.

The canteen will have an anti-slip floors and there will be seats suitable for wheelchair users.

It is the first “new infrastructure” project, which features intelligent digital technologies, launched by the subdistrict.

Smart projects related to parking, elderly care, elevator construction and garbage recycling are to be released in future, according to the subdistrict. 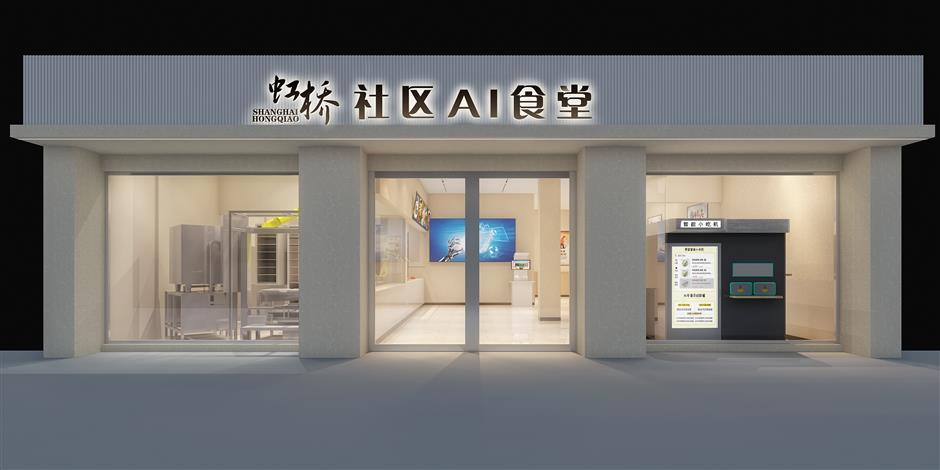 An artist's rendition of the Hongqiao Community AI Canteen