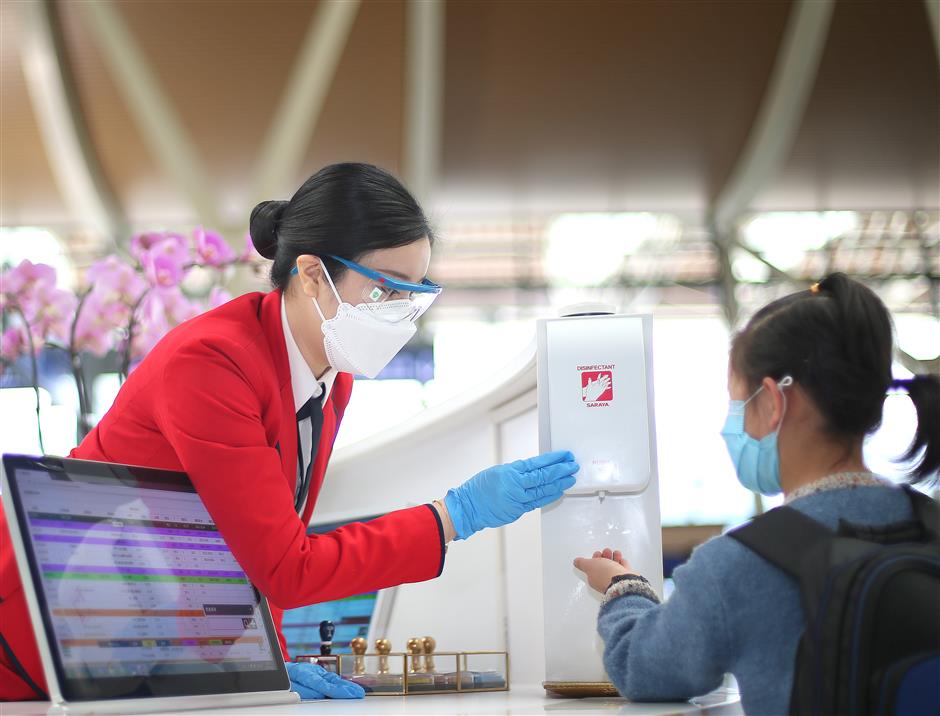 One of the airport staff helps a girl disinfect her hands at Pudong International Airport.

Pudong International Airport ranked top for passenger satisfaction among 348 airports around the world last year, according to Airports Council International.

The council awarded it the title of “Best Airport by Size & Region in Asia-Pacific” for 2020 on March 1. It was competing against international airports with an annual passenger turnover of over 40 million.

The Pudong airport has ranked among the top 10 in the annual survey since 2010.