Proposal for simultaneous treatment of heart and kidney diseases

Local medical experts announced a proposal for a new classification of an innovative cardiorenal syndrome subtype for precise and individualized treatments for people suffering both heart and kidney diseases.

“Traditionally, cardiorenal syndrome is divided into five subtypes and we named a sixth subtype, which is defined as chronic systemic diseases that cause chronic co-impairment of the heart and kidney, eventually leading to declining function in both organs,” said Dr He Ben, director of the heart center at Shanghai Chest Hospital and the leading expert on the research.

He said people afflicted with the subtype fall into two groups. One is those with chronic systematic diseases diagnosed long ago, such as cirrhosis, lupus, obesity, diabetes and hypertension, and another is those who are hospitalized for the first time after being examined for cardiac and renal insufficiency.

“We are reiterating a theory of combined damage to the organs and proposing a new theory of treating the heart and kidney at the same time, as these chronic disease patients can suffer from progressive damage to both organs,” He said. “Doctors should introduce an overall treatment instead of only targeting one organ. Treatment should concern the benefits and risks to both heart and kidneys for the benefit of patients.”

The new classification was recognized by the international medical community and published by the medical journal Frontier in Cardiovascular Medicine. 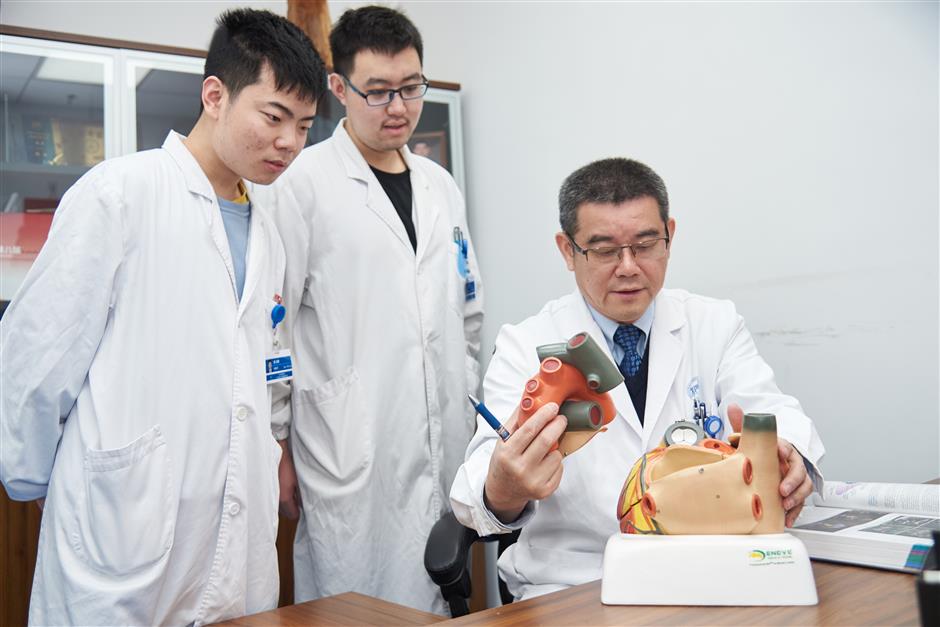 Dr. He Ben (right) with two of his students.