Doctors have successfully removed a large tumor from the belly of a 70-year-old man after surgery that was risky and complicated as he had already had an operation in 2003 to remove the same tumor.

The man surnamed Song went to a hospital in his hometown as the tumor was causing serious stomach pain, poor appetite and an obstructed bowel.

After surgery in 2003 the tumor had returned and, in 2016, doctors found surgery too difficult and suggested targeted therapy.

However, the patient’s condition deteriorated recently and he went to Shanghai’s Renji Hospital for treatment.

Dr Liu Yingbin, director of general surgery at Renji’s south branch, performed surgery to remove a tumor with a diameter of 15 centimeters.

The patient is said to be recovering well. 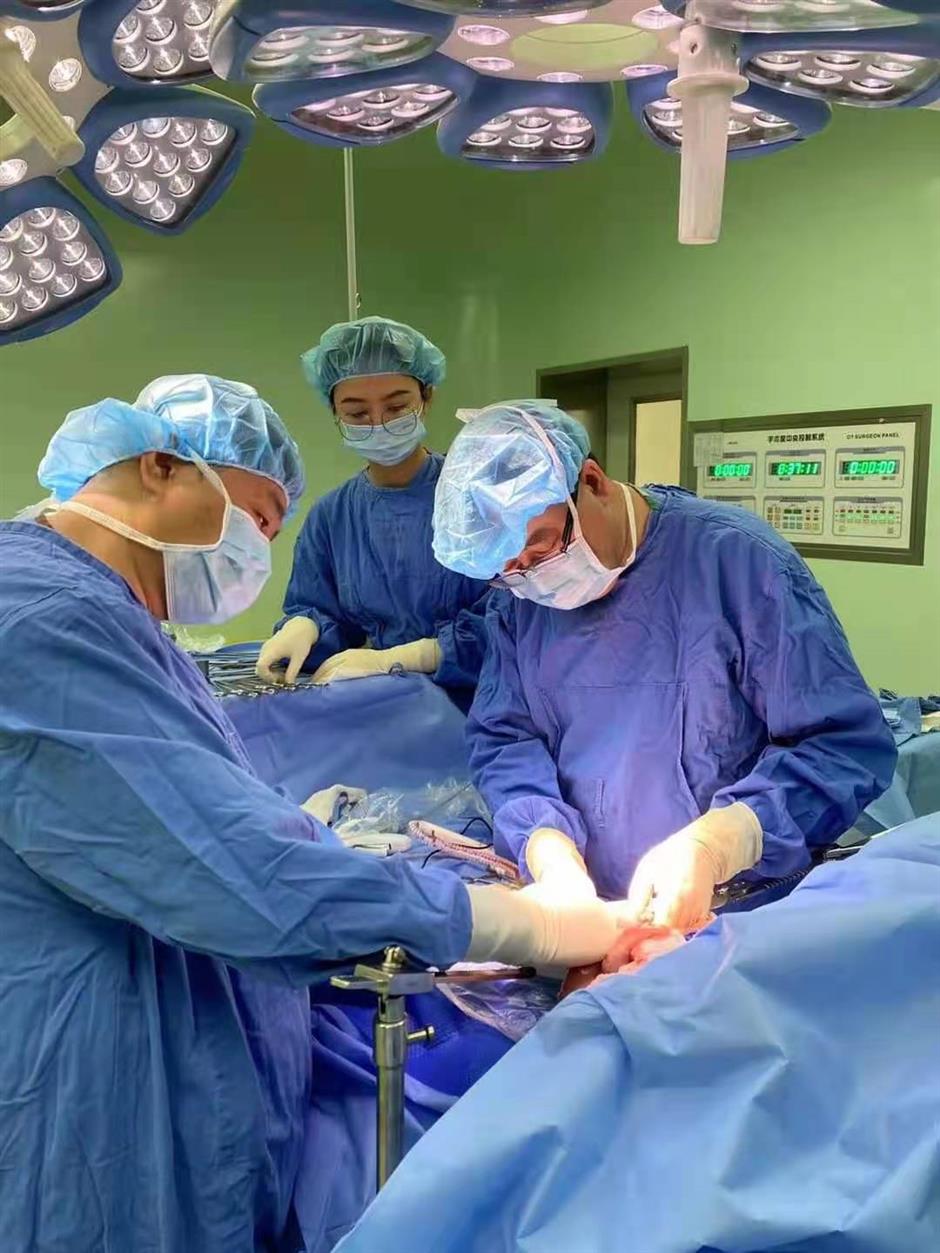