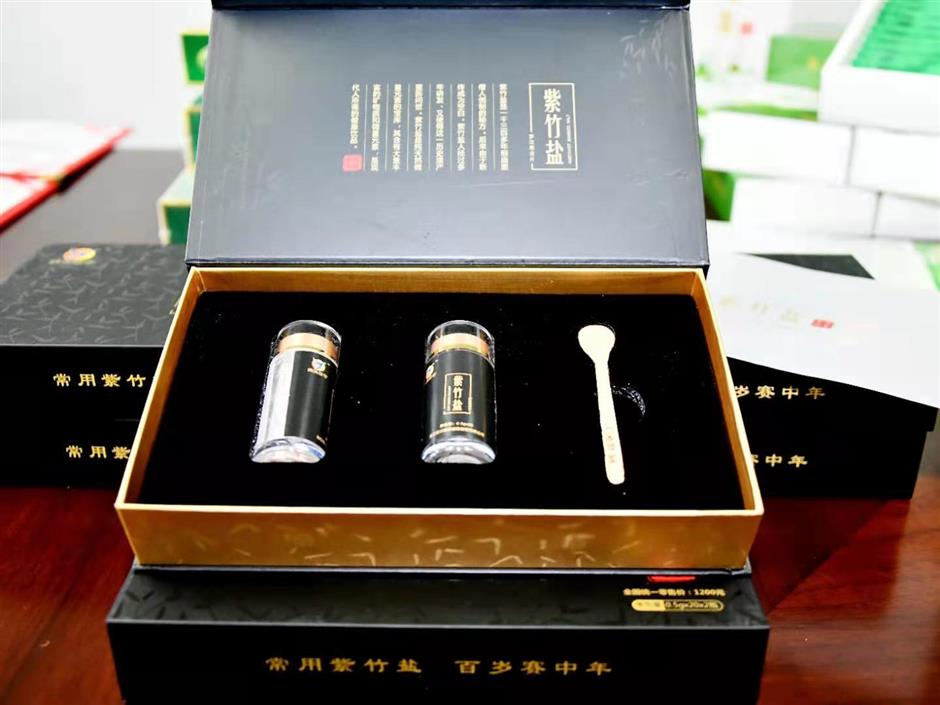 The salt product sold in the scheme.

Eight suspects have been apprehended in an alleged Ponzi scheme in which they sold a salt product they claimed could prevent COVID-19, Shanghai police said today.

More than 7,300 people from across the country participated in the scheme, collecting over 40 million yuan (US$6.1 million).

The suspects were based in Chongqing in southwestern China where they established a trading company exclusively for the scheme, with branch sales teams in other cities including Shanghai.

Police began their investigation last May in Shanghai.

The suspects allegedly recruited people to pay 1,200, 3,600 or 9,900 yuan to become “volunteers,” “angels” or “special envoys” for the product, and were rewarded for every new person they recruited.

The salt they purportedly sold was ordinary salt.