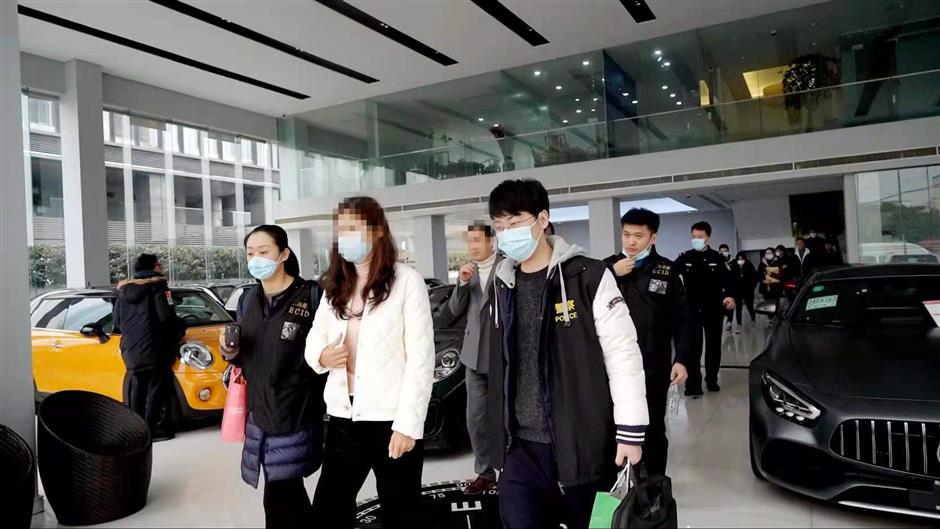 The suspects after a police raid on their car dealership.

Seven people have been taken into custody for allegedly running a Ponzi scheme through an automobile club, Shanghai police said today.

The suspects, who ran a car dealership in Shanghai called “Yuelong,” began recruiting people into the scheme in January of 2019 by promising high returns for new members they recruited.