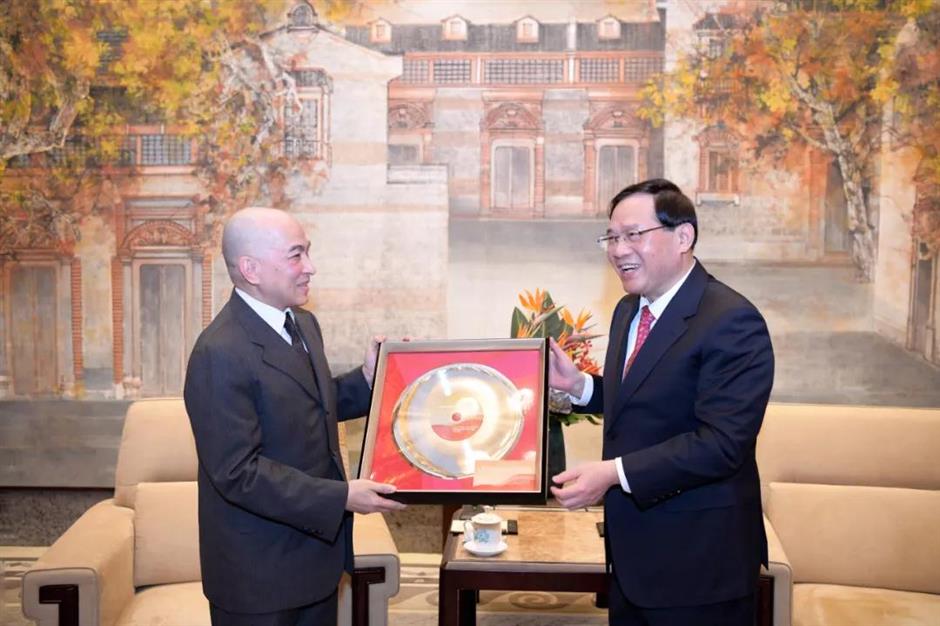 Li gave a warm welcome to the Cambodian King and his delegation on behalf of the Shanghai government and people, and introduced the economic and social development of the city in detail.

Li said that he hoped King Sihamoni will deepen his understanding of Shanghai and carry on the China-Cambodia traditional friendship and exchange to a new level.

King Sihamoni said he has witnessed the prosperous development of Shanghai. He was to pay tribute at the site of the First Congress of the Communist Party of China.

King Sihamoni said he sincerely hoped that China will achieve new and greater development under the leadership of President Xi Jinping.