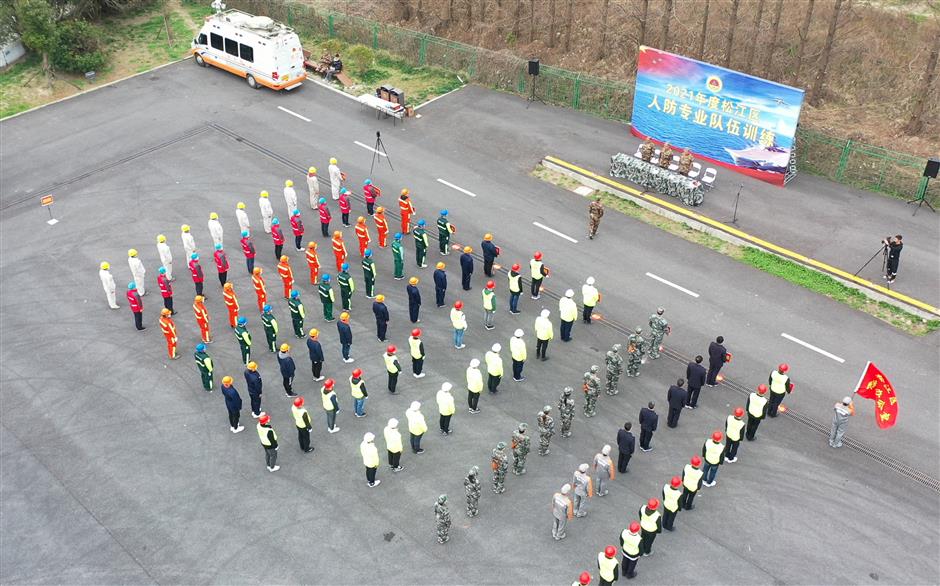 Air defense activities were carried out across the city on Tuesday afternoon as a warm-up ahead of the annual civil defense drill.

Over 2 million residents are expected to participate in this year’s air defense drill on September 18, National Defense Education Day.

This year’s drill will place more emphasis on enhancing the overall civil defense ability and training systems, which will be more diversified in evacuation skills and methods, the city’s civil defense office said.

A guideline book on air defense training and evaluation methods was issued by the office earlier this year to form a high-quality civil defense team and raise public awareness. 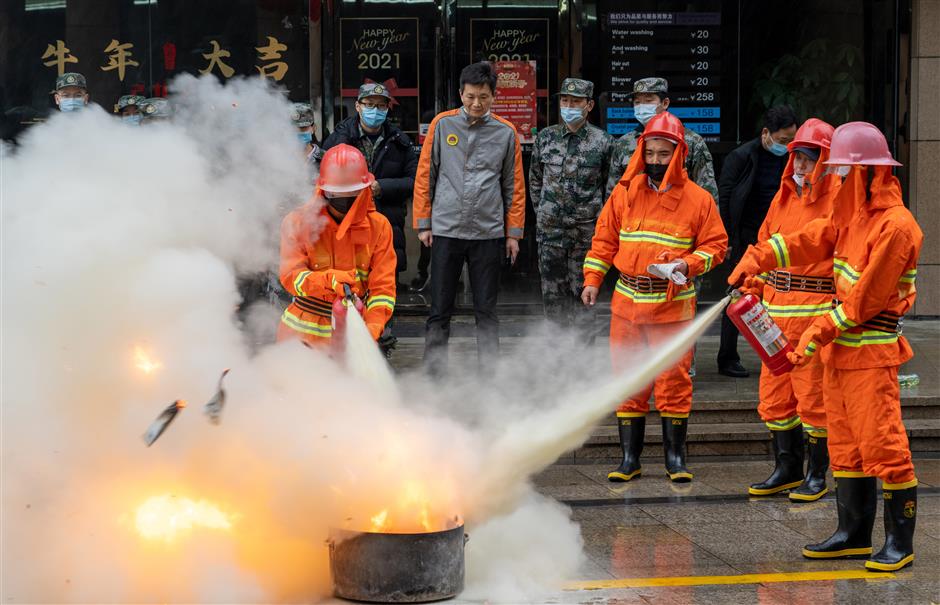 Firefighters practice extinguishing a blaze in preparation for this year's air defense drill. 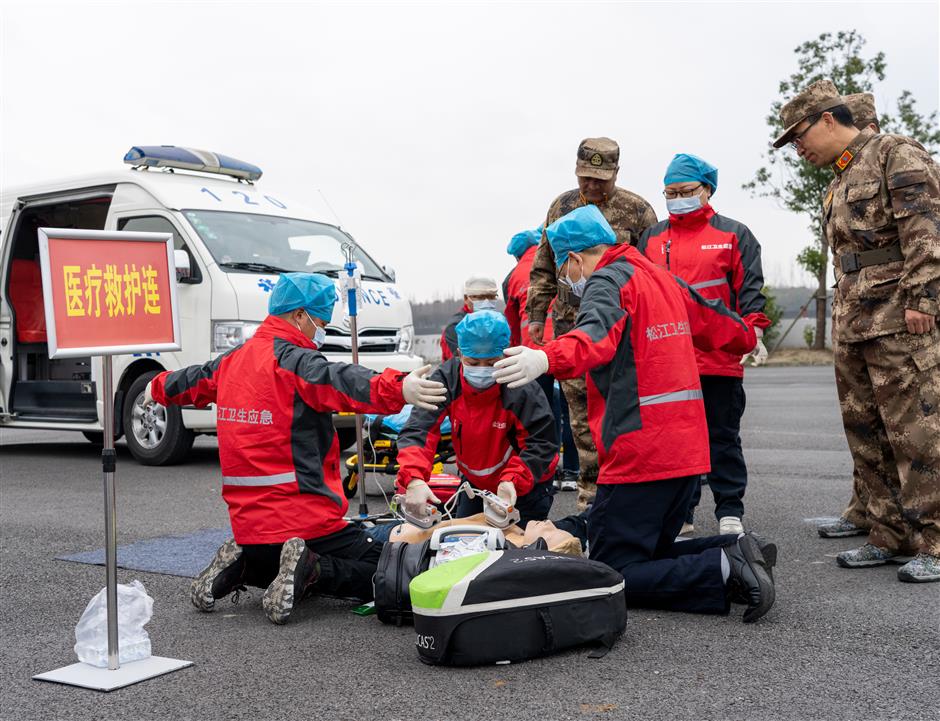