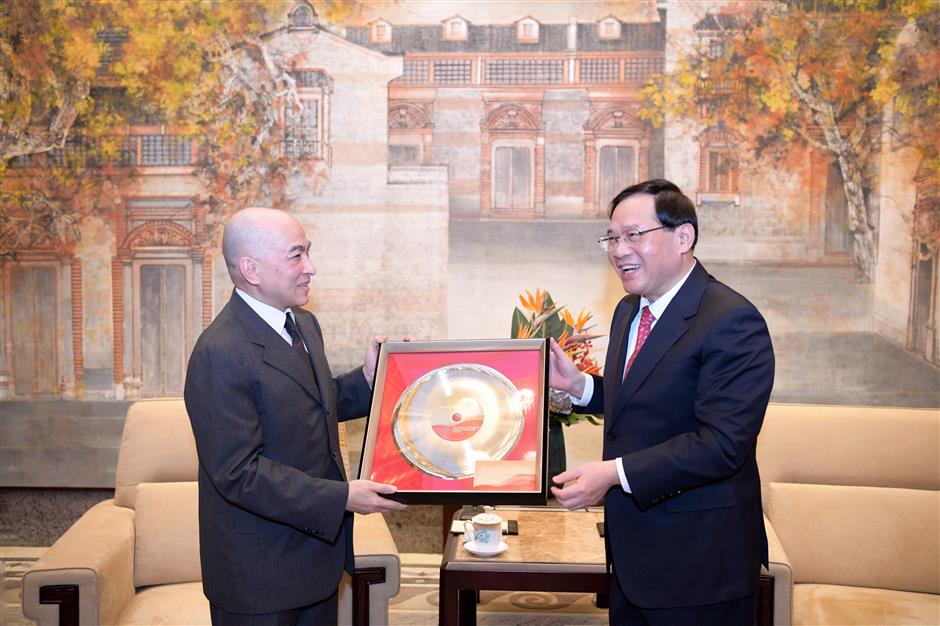 Cambodian King Norodom Sihamoni arrived in Shanghai on Monday and has visited a series of sites that showcase the city’s history, transformational economic development, arts and culture, and future prospects.

On Monday afternoon, the King visited the Pudong Expo Center to see the “Exhibition of Pudong New Area’s Development and Opening Up.”

“It’s really changed a lot,” he said after seeing replicas of the old and current Yincheng Road M. side by side.

It was once called Lannidu Road, literally meaning “muddy road,” named as such because residents’ shoes were habitually covered with mud.

The exhibition includes three other replicas along with more than 1,000 pictures, 33 videos, five installations and nearly 100 items that tell the story of the district’s rapid transformation, high-tech industries and its contribution to Shanghai becoming a “people’s city.”

“With my warmest congratulation and great admiration,” the king wrote after the visit, saying he was very pleased to learn about the area's rapid development.

This morning, the King listened to stories about the founding of the Communist Party of China at the Site of its First National Congress — in the very room where the first six of seven meetings were held.

The 18-square-meter room served as the dining room of the typical Shanghai shikumen (stone-gated) house, built in the autumn of 1920. It was then the residence of Li Hanjun, a delegate to the congress, and Li Shucheng, his older brother.

On July 23, 1921, 13 Chinese delegates from across the nation, including Chairman Mao Zedong, gathered in the room. For days, they adopted the Party’s program, passed the Current Work resolution and elected the Central Bureau of the Party.

The king was presented with a special gift — two notebooks with the same covers as the earliest full Chinese translation of “The Communist Manifesto” by Karl Marx and Friedrich Engels.

To celebrate the 100th anniversary of the Party’s founding this year, the site is being renovated, while a new site is under construction across the street and is scheduled to open to the public in July. 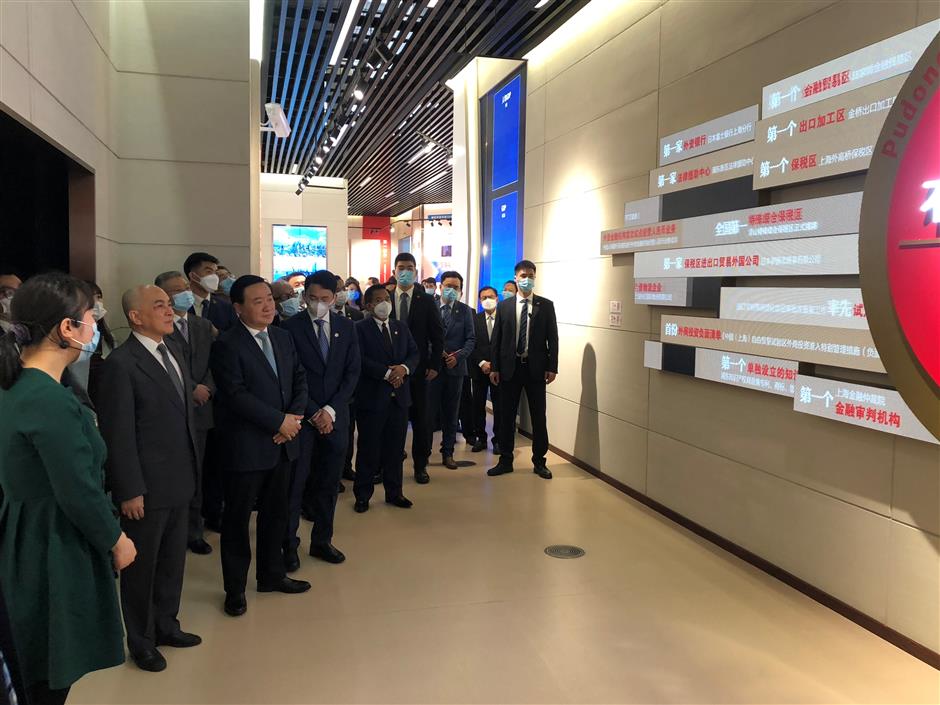 The king (second from left) is impressed by Pudong's rapid development showcased in the "Exhibition of Pudong New Area’s Development and Opening Up.” 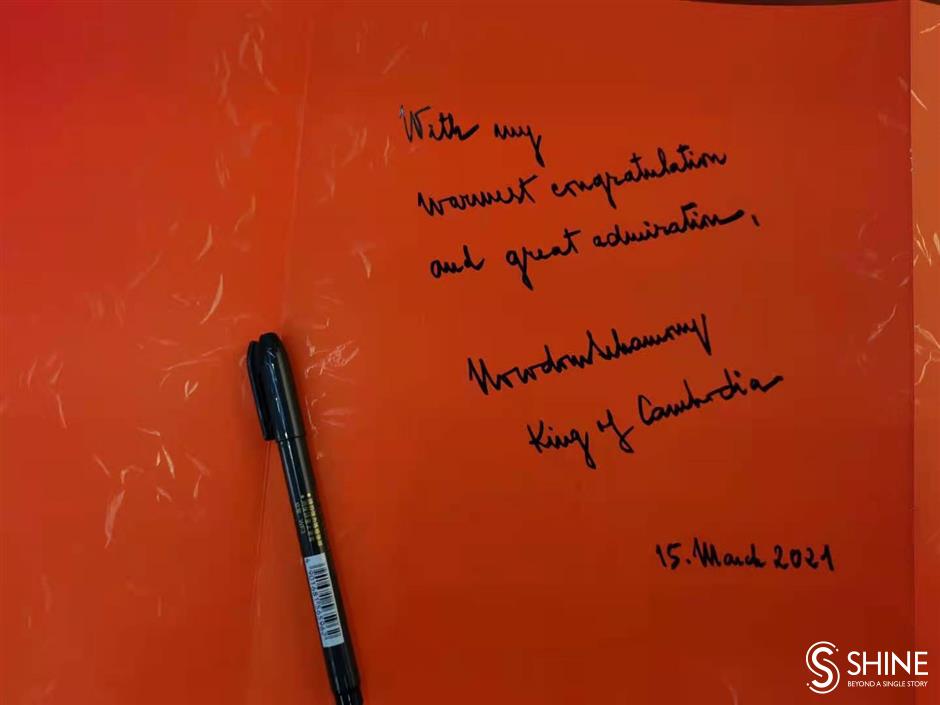 The king left a message at the Pudong Expo Center.