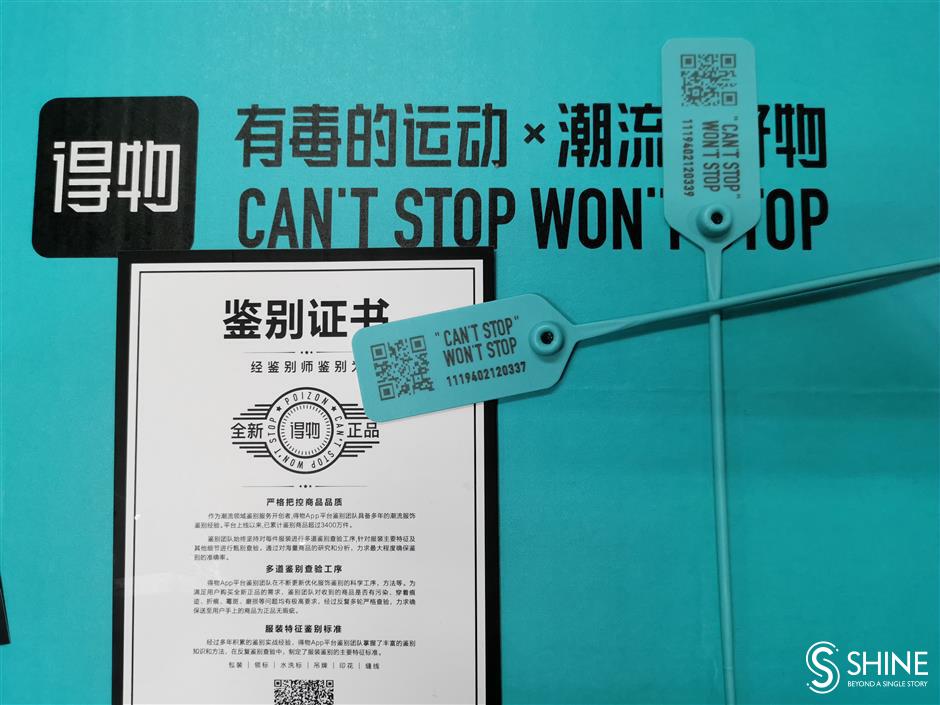 The suspects creat fake authenticity certificates and packaging materials that resemble those from dewu.com.

The website, dewu.com, states that all products sold by third-party stores on its platform are subject to authenticity checks prior to delivery. Customers receive their orders with specific QR codes, and can access detailed information by scanning the codes through the website’s mobile app.

Hongkou District police began their investigation last December when dewu.com officials reported customer complaints about fake products purchased from the website. QR codes that came with their orders were linked to dubious websites not associated with the company.

During their investigation, police discovered 17 fraudulent websites registered to a man surnamed Lin and run by another surnamed Wen.

The suspects were rounded up in a recent raid during which police seized more than 1.3 million phony authenticity certificates and packaging materials. Over 350,000 of those had been sold, and more than 1.2 million fake product information sheets for the fraudulent websites were found.