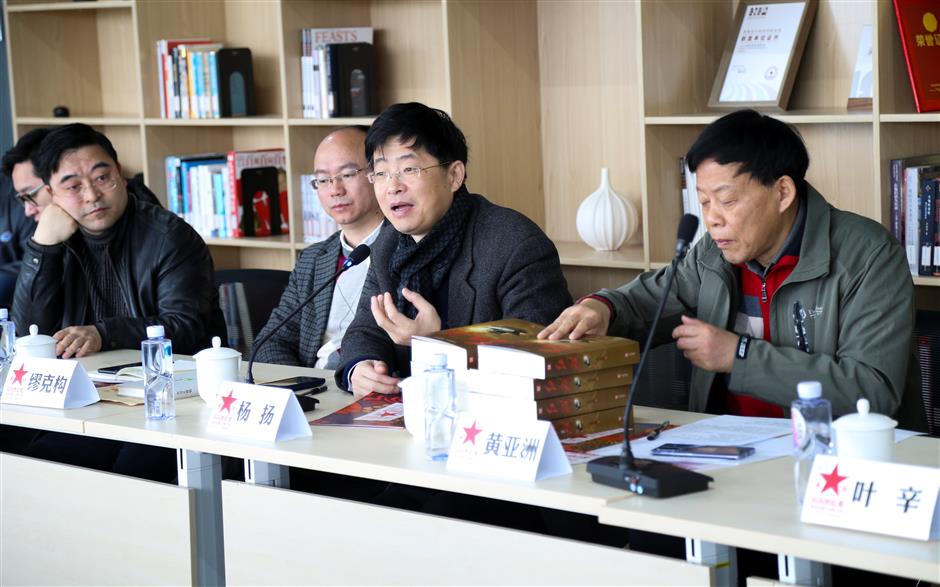 A new stage drama based on the "Sparkling Red Star" classic 1974 film about the Chinese revolution, will be premiered in Shanghai in June to celebrate the 100th anniversary of the founding of the Communist Party of China.

The movie was one of the few produced during the “cultural revolution” (1966-76). Pan Dongzi, the main character, is the teenage son of a Red Army officer. When his father is called away for duty, he gives Pan a red star to symbolize the Communist cause. In his father’s absence, Pan has to contend with a cruel village landlord who exacts revenge on the peasants who had earlier forced him to flee.

The stage play mainly focuses on Pan’s growth from boy hero to a Red Army soldier on the Long March, Zhang said. The plot has been compressed and the characters modified for today’s audiences, he added. 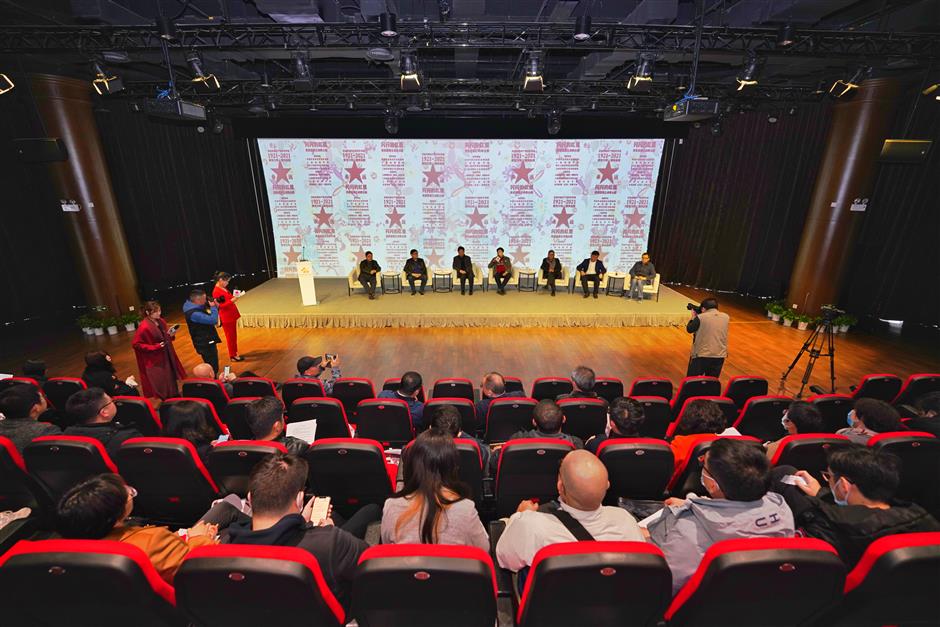 Writers and experts give their suggestions for the new stage drama “Forever Sparkling Red Star” at Fengxian Musuem on Wednesday.

The villain landlord Hu Hansan, for instance, has more comedy elements to highlight his greed and lack of modesty.

Audiences can interact with performers by shouting at the villain to prevent him from bullying a villager and singing the theme song.

The drama’s producers organized a powerful team of scriptwriters and counselors that included famous Chinese writers Huang Yazhou, Ye Xin and Li Xiaodong. They were invited to a seminar to offer their suggestions for the drama.

“I hope more parents and grandparents can take their children to watch the drama to learn about the difficulties during the revolution,” said Ye, vice president of the China Writers Association. He recalled being at the premiere of the film in Shanghai in 1974, when everyone talked about the main character Pan on a bus after the movie.

The movie was popular across the country in the 1970s and three songs in the movie are still widely sung across the nation.

Young audiences will be able to learn about an important historical period for the Party through the drama, said Zhu Hongzhao, a researcher with the Shanghai Culture Research Center.