In a bid to cut off a transportation channel for counterfeits, the procuratorate cooperated with a drugs firm — French healthcare giant Sanofi — and other departments, including Shanghai Postal Administration and Shanghai Transportation Commission, in a recent case.

The cooperation, the first such collaboration between a local procuratorate and a company, was based on the public interest litigation system, according to Zhu Weidong, deputy procurator general of the procuratorate.

"With rapid development of the delivery sector, a large amount of fake medicine, especially prescribed medications, have been transported through express delivery. But in previous cases, the delivery companies got off lightly, keeping open the transportation channel for counterfeits," Zhu noted.

In the recent case, a woman surnamed Yang had been selling fake medicine online since October 2019, transporting the illegal products through a branch of a Shanghai-based delivery company in Harbin, northeastern Heilongjiang Province, said Shao Weilun, director of the procuratorate. 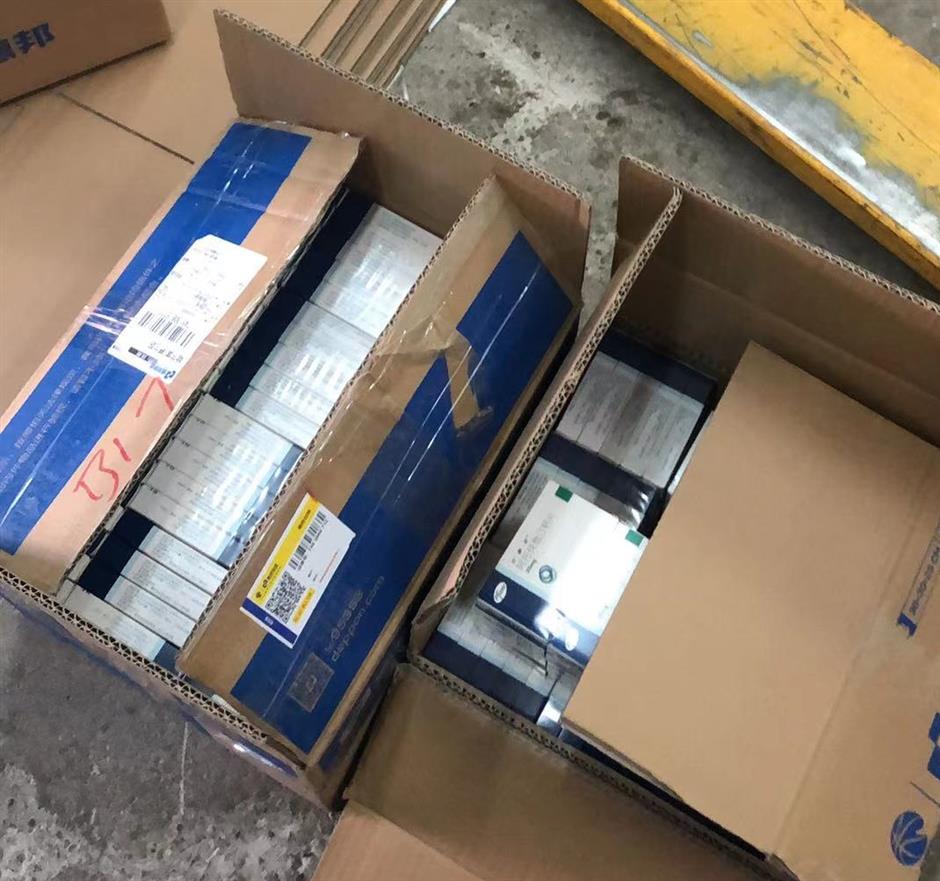 A delivery man of the company, surnamed Jin, knew that Yang was sending fake goods but still helped with the transportation, making an extra profit on the side.

The counterfeit drugs were mainly for coronary heart disease patients, especially those who had heart stent implantation. The fake products could have damaged the patients’ blood vessels and even threatened their lives, Shao claimed.

According to the investigation, the medicines had been sold for over 25,000 yuan (US$3,800) and more than 600 boxes of the illegal drugs were seized by police in Harbin last year.

Yang was sentenced to two years behind bars and Jin was jailed for four months, with a four-month reprieve.

"But the express company should not get away with it because it failed to check the identity of the sender, such as real name and address, and did not verify the goods and the description," Zhu insisted.

Cooperating with another health-care company, the procuratorate investigated similar cases between 2017 and 2020 and found that the express company had been involved on multiple occasions.

With the help of other departments, the delivery company's branch in Harbin has been ordered to stop operations for 30 days for internal rectification, and the head office in Shanghai has also been slapped with a rectification notice, Zhu revealed. If the company refuses to act, it will be sued in court.

“Delivery companies involved in transporting fake medicine cases but escaping punishment was a big problem. We hope more departments can work with the procuratorate to ensure drug safety,” said Liu Qing, an official of the Quality Brands Protection Committee of China and the Association of Enterprises with Foreign Investment.

Nearly 700 cases related to food and drug safety have been investigated by the procuratorate since 2018, with around 380 people arrested and 420 people punished, it said last week.