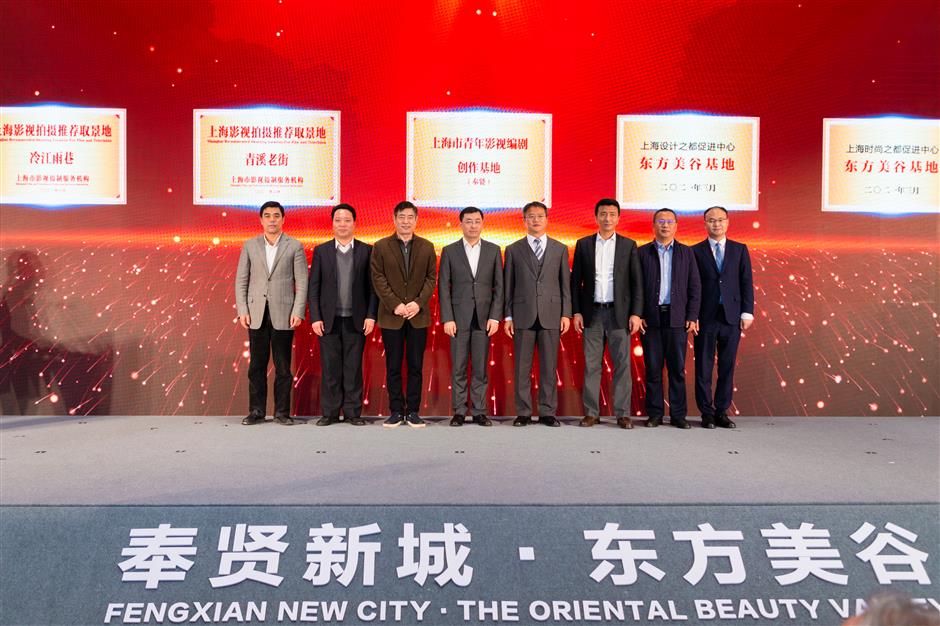 Officials sign for more than a dozen cultural and innovation projects in Fengxian on Friday.

Two redeveloped historic villages on Shanghai’s southern outskirts were listed as the city's filmmaking sites over the weekend as part of efforts to revitalize rural areas.

They were unveiled along with an original filmmaking base for young scriptwriters, and two promotion centers for design and fashion industries, along with over a dozen  culture and innovation projects.

Shanghai aims to develop into a “capital of cultural innovation.” While many downtown districts have launched cultural projects to tap into that ambition, Fengxian plans to attract professionals in the culture and innovation sectors with its rural charms.

“The culture and innovation industries will empower the ongoing development of the Fengxian New City, one of the five new cities of Shanghai,” said Yu Quan, acting director of Fengxian. “The efforts will also bring art and humanity to Fengxian citizens."

The new cities — Jiading, Qingpu, Songjiang, Fengxian and Nanhui — will be modern, ecologically friendly, convenient and vibrant places, each with its own characteristics, according to the blueprint of the city government.

Nanqiaotang Village, dating back to the Qing Dynasty (1644-1911), is being developed into an area covering about 2.2 square kilometers. It will feature Zhuanghang Old Street, a prosperous marketplace originally formed some 600 years ago. 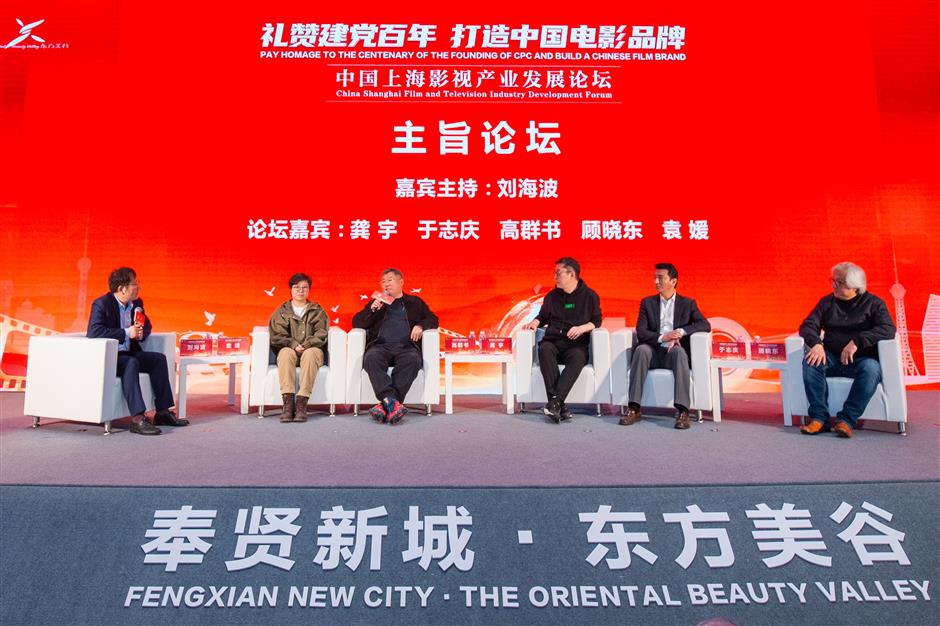 Experts share opinions on the development of the film industry in Fengxian.

The district government has listed more than 100 historical sites and residences of notable families, which are being renovated. Over 40 historical buildings will be preserved with the traditional architectural style of watertowns of Jiangnan (regions in the lower reaches of the Yangtze River).

A number of companies in e-commerce and an Internet pet hospital have been operating in the village to boost its online economy.

The 1,000-meter street was listed as the city’s historical protection area with a number of well-preserved old houses.

An eSports training center will also be developed on the street.

The district has become a gathering place for the culture and innovation sectors with key projects such as the Oriental Beauty Valley and Fengxian New City, said Xiang Yihai, director of the publicity department of Fengxian.

Seventy-one culture and innovation companies are operating in Fengxian by the end of 2020, an increase of a third compared with 2018. The companies had total revenues of 10.8 billion yuan (US$ 1.66 billion) last year, about a 26 percent increase over that of 2018.