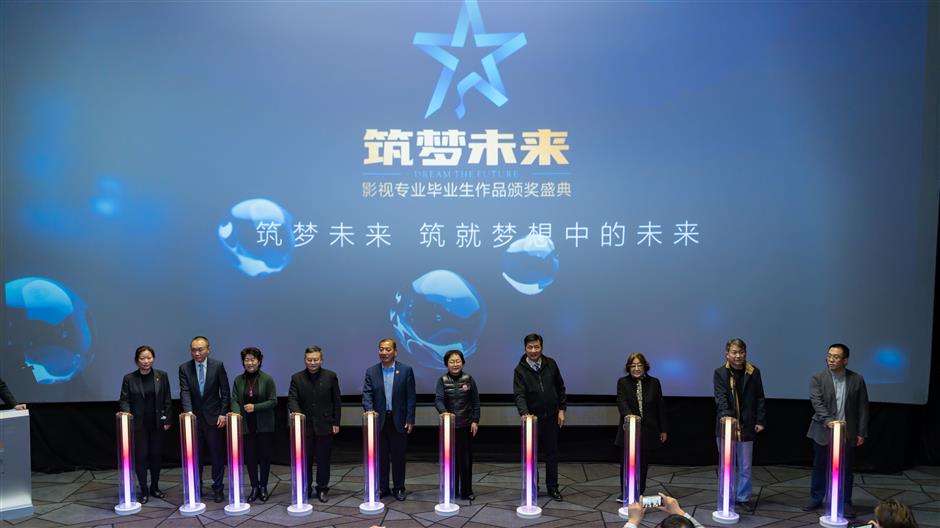 An award ceremony was launched in Shanghai over the weekend to recognize the best movies made by film and television graduates from hundreds of domestic art colleges.

The Dream the Future ceremony will be held in late June at the Hongqiao Art Center in Changning District during the 24th Shanghai International Film Festival.

China’s most famous film directors, producers, actors and experts will choose the outstanding works as well as promising young professionals and offer them guidance and resources.

The event, set to be the “Academy Awards for Chinese film major graduates,” is expected to help graduates gain employment in the film industry more easily and find platforms to showcase their talents.

About 600 domestic universities and colleges have opened film and television majors with tens of thousands of graduates every year. They created thousands of short or long movies upon graduation, including many outstanding works that failed to be well promoted.

Lin Xin, who graduated from Communication University of China in 2017, said few of her classmates at the radio and television editor department are working in the industry.

“Many have studied abroad, some worked at regional TV stations, while most have shifted to other industries,” said Lin, who works as a reporter for a social media account. 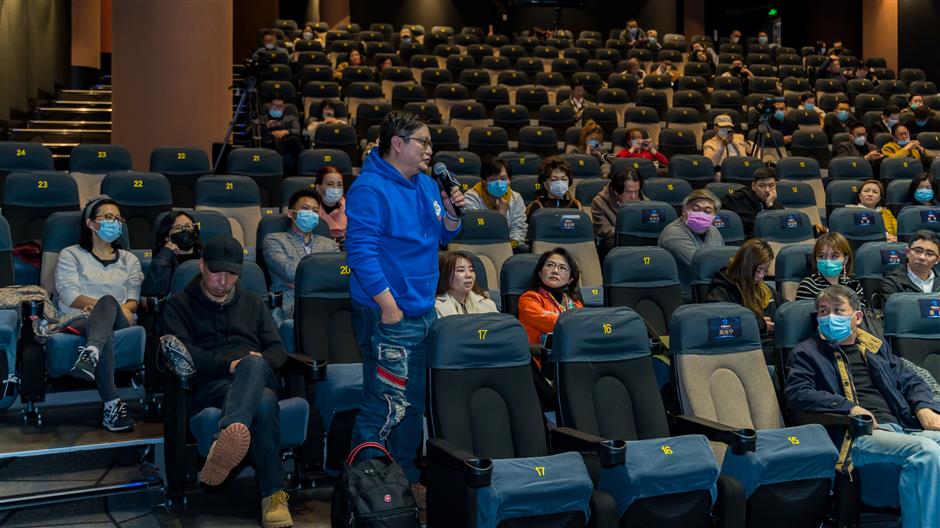 A film and television major graduate talks with experts.

Li Mu’er, a graduate from Sichuan University of Media and Communications, said he might have to open a barbecue store to earn money for a movie he planned to direct. He now works for an Internet film company to edit short videos.

Zhang Huijun, former president of Beijing Film Academy and vice chairman of the 8th and 9th China Film Association, said the event aims to “offer a ride” for the graduates like Lin and Li to their future career.

“It is not merely about the awards and funds, but also teachers and predecessors who can give support and guidance,” Zhang said.

As the cradle of China’s movie industry, Shanghai has many achievements in the film sector which has driven the development of society, said Zhu Jianwei, the Party secretary of the Changning Culture and Tourism Bureau.

The city government has released a guideline to revitalize the city’s film industry and develop a global film and television production center with supportive measures.

“We hope more film professionals will be attracted to Shanghai, Changning and the Hongqiao International Open-up Hub with the ceremony,” Zhu said.

The art center on 888 Tianshan Road was built on the site of the former Tianshan Cinema. The cinema opened to the public on October 1, 1979 and was the most advanced cinema in the western portion of Shanghai.

The cinema served the public until May 2012. It was demolished in September of that year and replaced with the art center. 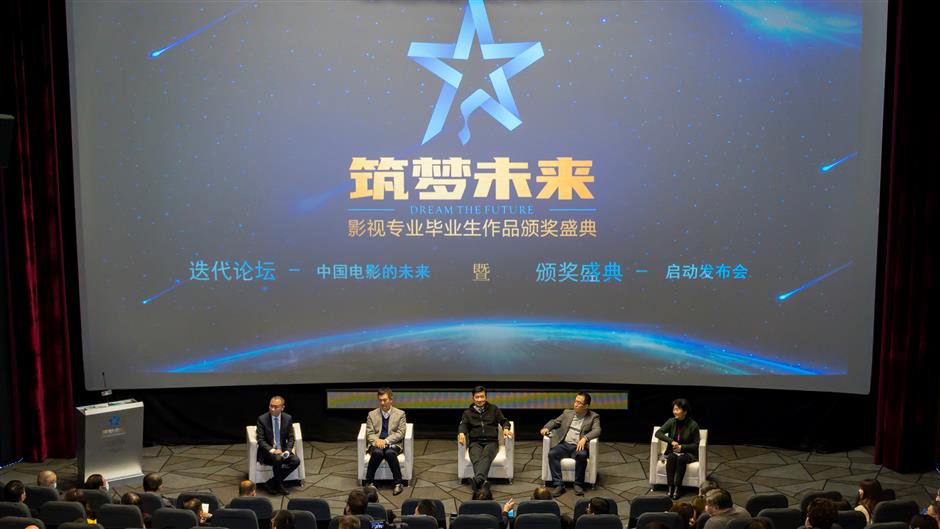 Experts and officials share opinions on the career development of college graduates.