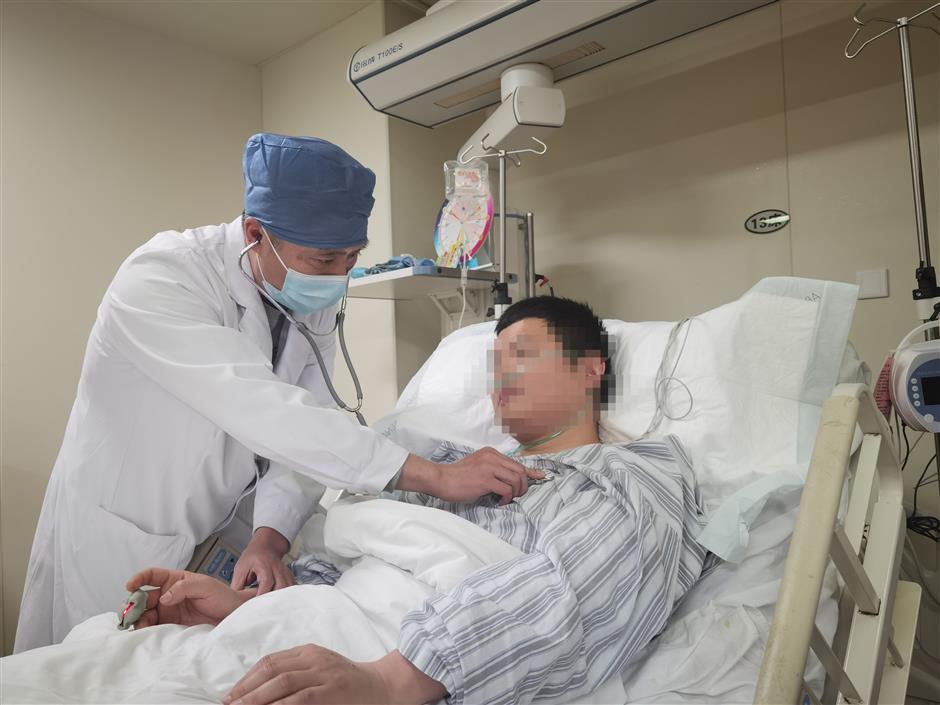 Timely first-aid has saved a man from cardiac arrest at Shanghai Disney Resort, said a local hospital over the weekend.

The 28-year-old Wang and his wife Qiu went to the resort on March 14. They rushed to join the queue for a widely-anticipated attraction. Upon arrival, Wang, however, suddenly collapsed.

"He had some foreign matter at the corner of his mouth," Qiu recalled. "I could feel that he was desperately trying to breathe but failed. Later, I felt his heart stop beating."

Disney staff responded quickly. They conducted CPR and used an automated external defibrillator (AED) on him until ambulance came.

About 10 minutes later, he was admitted to the Pudong New Area People’s Hospital. Emergency treatment worked and his heart start to beat by itself again. On March 16, he was able to open his eyes and regain consciousness, even moving his body.

Dr Wan Jian from the hospital’s emergency and intensive medicine department said Wang is now out of danger. He can chat with others, though it’s still a little bit difficult for him to do some oral calculation.

First aid at the resort, and emergency treatment in the ambulance and at hospital saved him. Every process is necessary and over interlocked, Wan said.

Wang said he loves meat and rich food, and he always stays up late.

Such unhealthy habits could lead to heart problems, Wan added.