The sites include its historic buildings, parks, sculptures and special scenery, reflecting its long-term culture and humanistic spirit, according to hospital officials.

An English version of the map will be released in the future, hospital officials said. 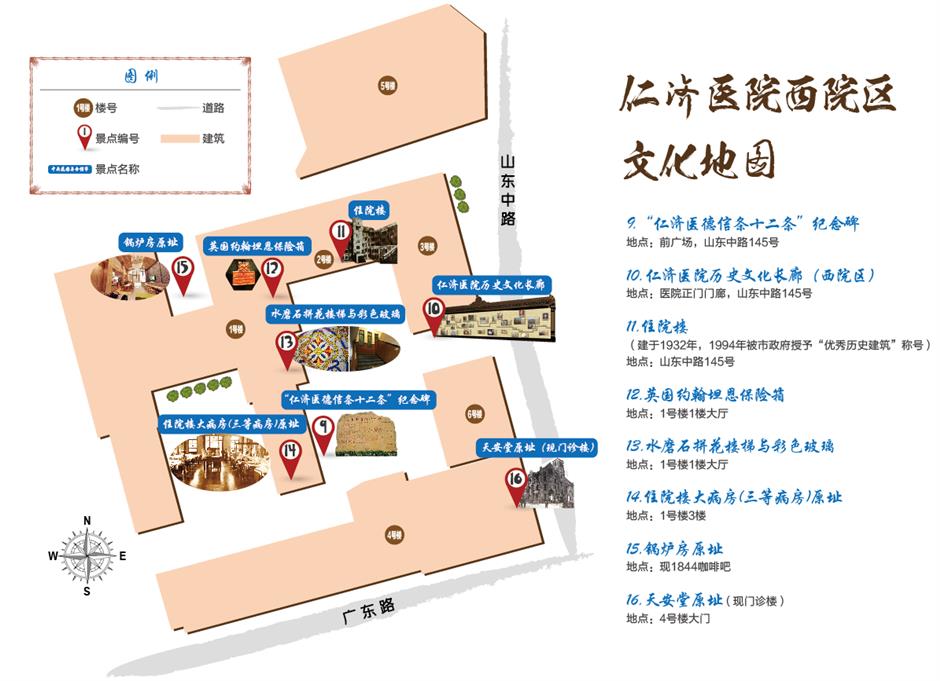 A cultural map released by Renji Hospital illustrates historical sites and facilities at the 177-year-old hospital.