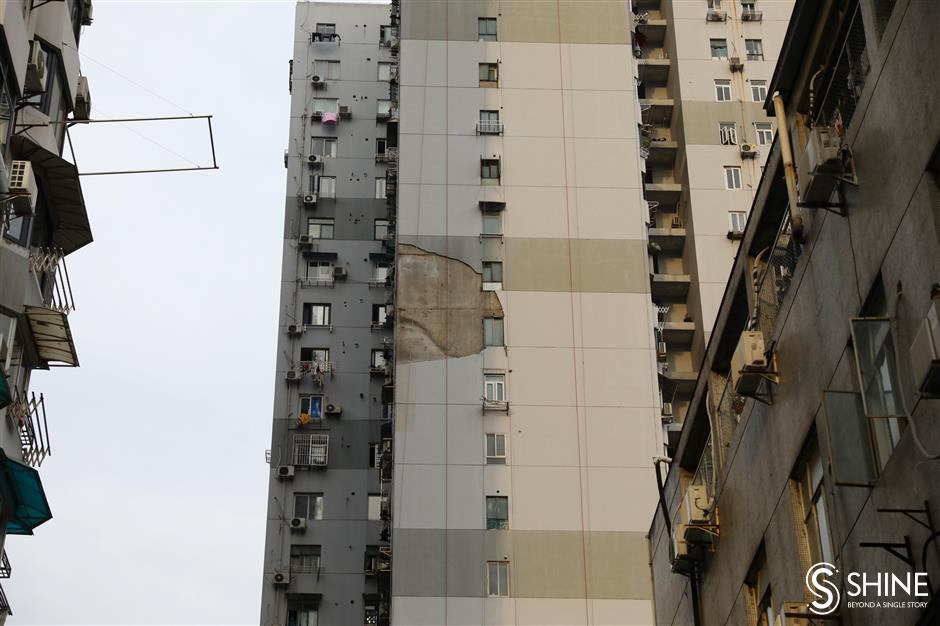 Part of the external wall on the high-rise building in Xiling community has fallen.

An inspection of external walls has been launched in downtown Huangpu District after a woman was killed by falling fragments on Monday night.

Part of a wall about 5 centimeters thick fell from a high-rise building in Xiling community on Xizang Road S. The middle-aged passer-by was hit and died after being sent to hospital.

A large part of external wall between the 14th and 16th floors had become dislodged. The Bansongyuan Subdistrict has cordoned off areas around the building in case any more fragments fall.

The property management company has begun inspecting and reinforcing the façade on all eight buildings in the neighborhood, which was built in 1994. Residents said the mosaic on the buildings had been painted once in 2008.

Other apartment buildings built before 2000 will also undergo inspections to prevent similar cases, according to the subdistrict. 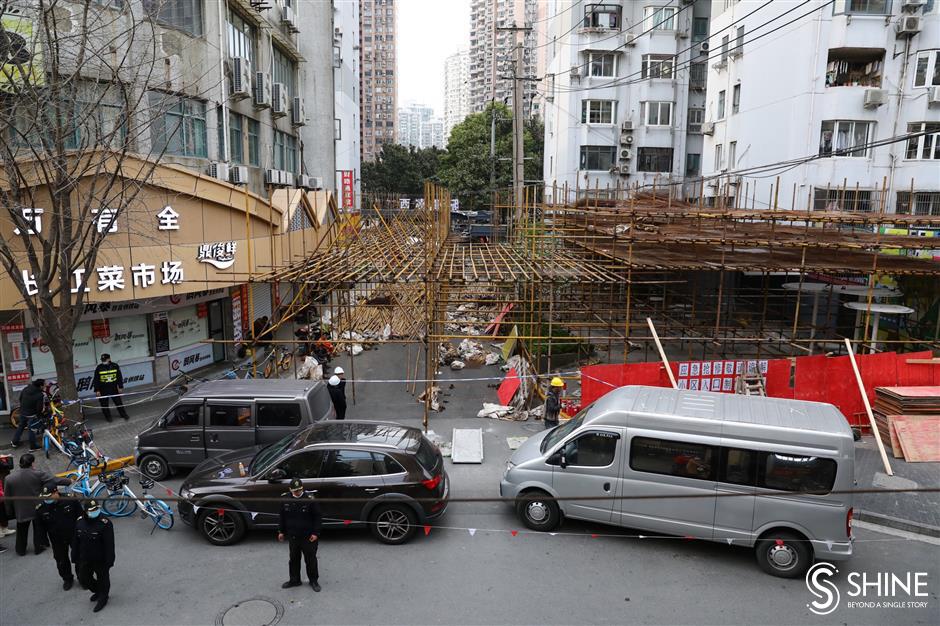 Areas near the accident site have been cordoned off with scaffolding erected. 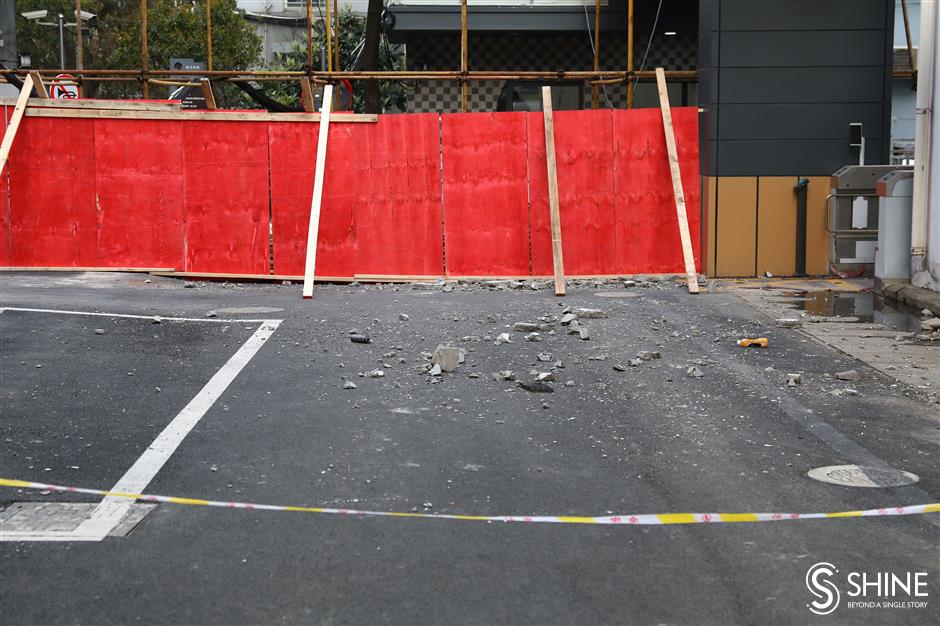 Some fallen debris can be seen on the ground.