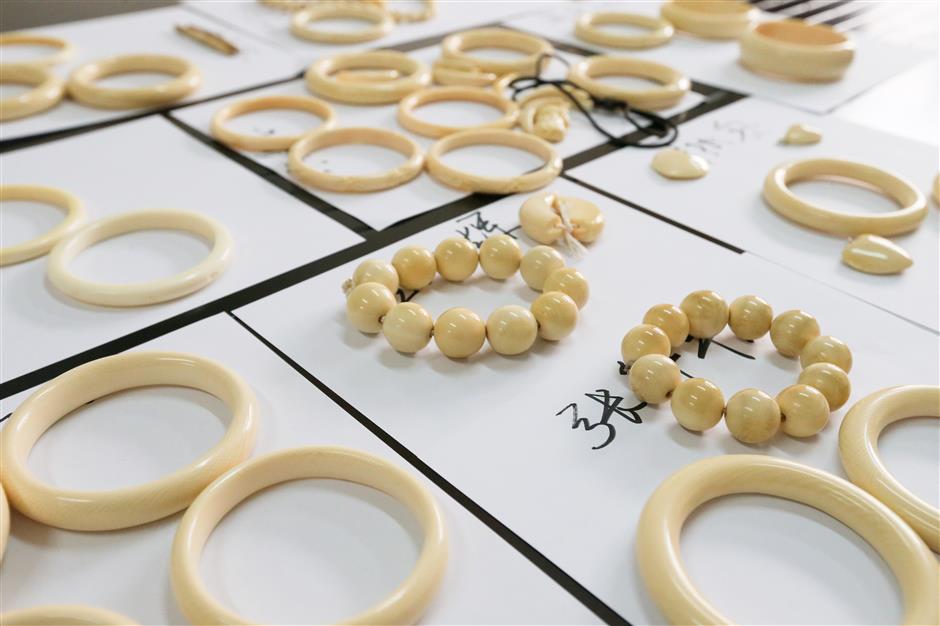 Ivory items are seized from Chinese sailors by Wusong Customs in Baoshan District.

The sailors were spotted behaving suspiciously during immigration control after a vessel docked at Luojing Port in Baoshan on March 10.

The bracelets were found on the sailors’ arms covered with cloth and other ivory items were taken from their pockets and folding umbrellas. Some were even sewn into their underwear.

The items had been bought in Africa during a day off. One sailor said he just wanted to show off in front of relatives.

Further investigations are underway, the customs said. It has asked the shipping company to enhance the sailor’s knowledge of the law related to protected and endangered species.

All trade in ivory in China has been banned since the end of 2017. Ivory cannot be imported without permission, the customs said.