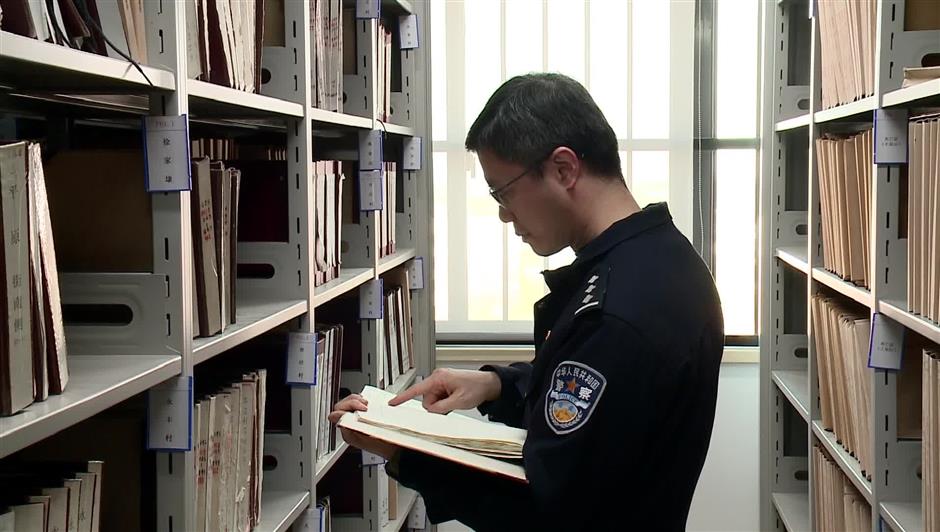 Five siblings of a family in suburban Shanghai reunited after 68 years thanks to a police officer, by pure chance.

The eldest of the siblings, a 72-year-old woman surnamed Gu, is the mother of the wife of a piano teacher of the police officer’s son.

In a conversation with his son’s piano teacher in mid-February, the police officer, Shen Zhiji, who works at Xiaokunshan Police Station in Songjiang District, heard that the man’s mother-in-law longed to find her younger brother.

Gu’s mother had three marriages. Gu was the child from her first marriage, and the younger brother Gu was looking for was from her second marriage. She had three children from her third marriage, and Gu has been staying in contact with her three other siblings.

Shen decided to step in to help.

Shen dived into the archives of the bureau and found the name of a person who was likely to be the father of Gu’s younger brother, and by looking up this person’s family relations, he found the person that Gu was looking for.

He spent about 20 days on the task and browsed over 2,000 pages of archives, many of which were hand-written.

The younger brother, surnamed Xu, had a remote memory that he has an elder sister, but he never dreamed that he would reunite with her one day, and that happened on March 7.

There were a lot of tears and thanks on the family reunion.

“No word can express my thanks to officer Shen,” Gu said. “It was my mother’s last wish that we five siblings could be reunited one day, and for the four of us, it was such a comfort that we made it.”

Xu was also thankful to Shen.

“The whole family owes thanks to him, a good police officer who really takes care of the needs of the people,” he said. 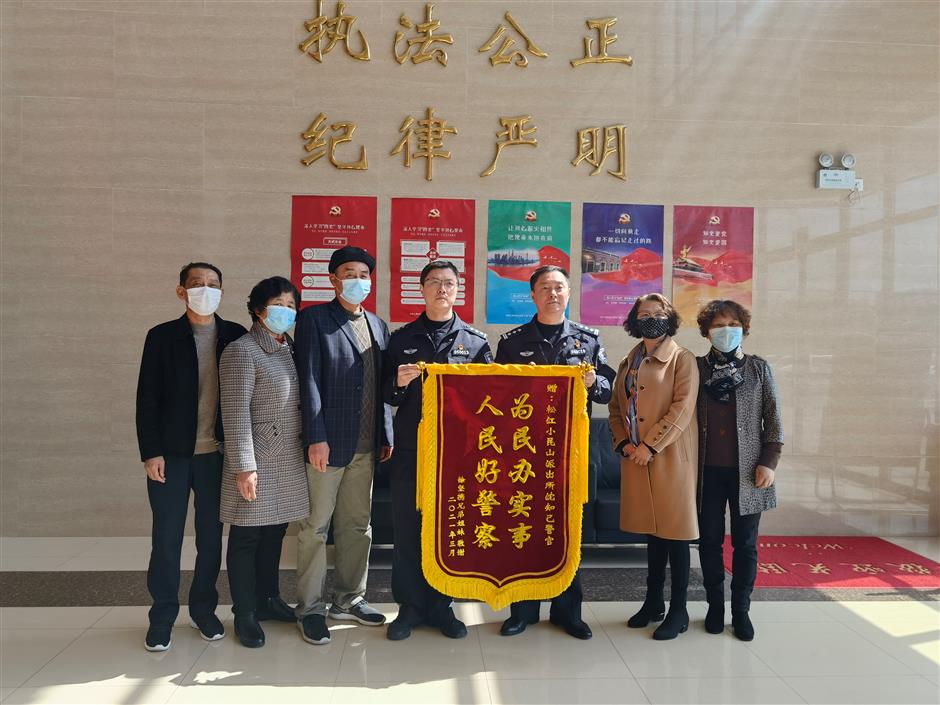 Gu (second from right), Xu (third from left) and their three other siblings present a silk banner to thank Shen (center) for his help. It reads: "Good police officers of the people solve our real problems."