A new image of black hole has been released, shedding new light on its detail.

Two years ago, astronomers revealed the first image of a black hole, 6.5 billion times as massive as the sun, at the center of the galaxy Messier 87, about 55 million light-years away in the constellation Virgo.

The photo was captured by the Event Horizon Telescope (EHT) — an array of eight ground-based radio telescopes that create a virtual Earth-sized telescope.

In the shape of a bright-ring-like structure with a dark central region, the black hole looked like a doughnut. Now, seen through a light polarizer, it appears more as a flaming vortex.

Over the last two years, researchers involved in EHT collaboration have been delving deeper into the data collected from observations, and they discovered that a significant fraction of the light around the black hole is polarized.

Just as polarized sunglasses reduce glare and help us see better, polarization allows astronomers to gain a sharper view of the black hole and map magnetic field lines near its inner edge.

“From the new image, we can see a swirling polarization structure around, which tells us what the magnetic field looks like,” said Lu Rusen, a researcher from the Shanghai Astronomical Observatory.

Yuan Feng, deputy director of the observatory, said the new image gives a clue to explain how the black hole forms energetic jets and the properties of its accretion disk, a disk-like flow of gas. 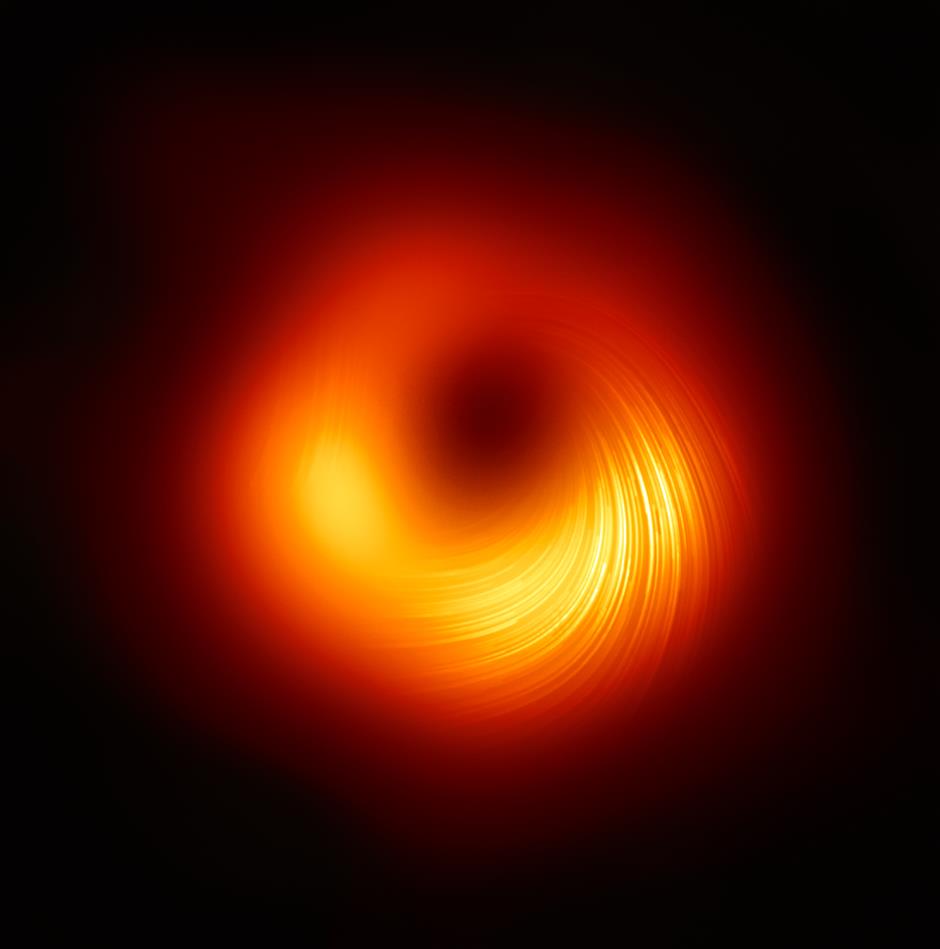 A new view of the M87 black hole in polarized light

Jason Dexter, coordinator of the EHT Theory Working Group, said it suggests that the magnetic fields at the black hole’s edge are strong enough to push back on the hot gas and help it resist gravity’s pull.

“Only the gas that slips through the field can spiral inward to the event horizon,” he said.

The collaboration involves over 300 researchers around the world, including eight from the Shanghai observatory.