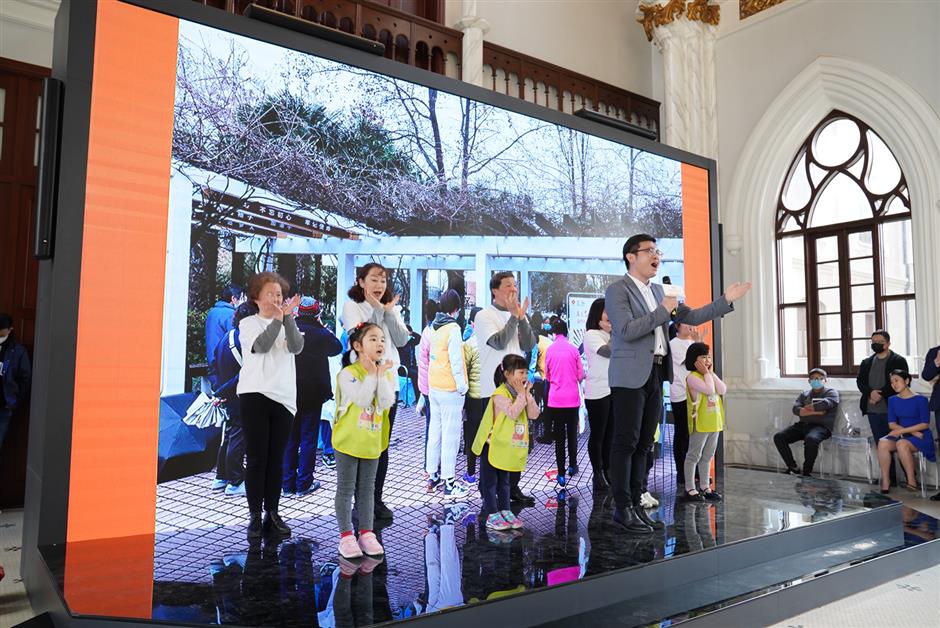 Volunteers share their projects at the first Shijianhui forum in a former Catholic Major Seminary.

A new series of public lectures have been launched at a preserved historic structure in downtown Xuhui District to encourage more volunteer services and improve social governance.

The Shijianhui, which literally means “practices gathering,” are held regularly at the Xuhui District Hui Exhibition Hall, which was renovated from the historic Catholic Major Seminary. The forum invites experts, community workers, volunteers and residents to share their experiences and practices related to volunteer services.

A total of six public lectures will be held both offline and online to introduce 25 volunteer and community services cases collected across Xuhui.

The first such event was held at a historical site at 60 Nandan Road on Thursday. Three popular volunteer projects were introduced to encourage more people to get involved. 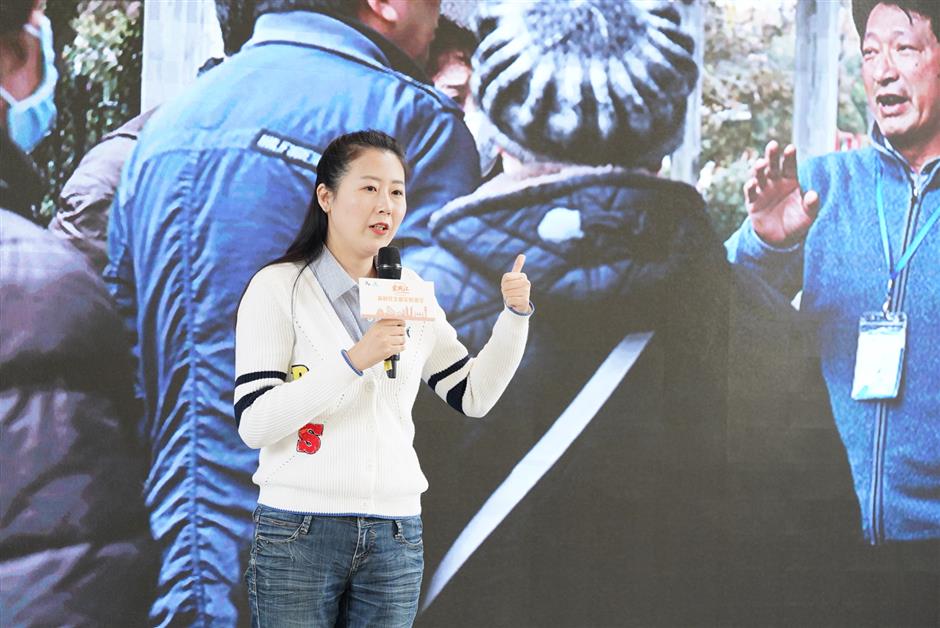 A volunteer shares her experiences at the first Shijianhui forum at the former Catholic Major Seminary.

The “bottle garden” project, initiated in 2019 in the Hong’er neighborhood, encourages residents, primarily retirees, to take care of vegetables cultivated in discarded plastic bottles and tires. Several kinds of green vegetables have been harvested from the garden under the guidance of professional gardeners. The eco-friendly vegetables are sent to elderly people living alone or in poor conditions.

The “Qinghe Tuesday” project at the Changqiao Subdistrict invites professionals to open volunteer bazaars every Tuesday to serve the more than 30,000 seniors over 60 years old living in the subdistrict. The weekly bazaar normally includes medical services, health checks, legal consultations and other convenient services.

In a similar project in Kangjian Subdistrict named after Lei Feng (1940-1962), the soldier renowned for his generosity and altruistic deeds, volunteers help repair umbrellas, check people's blood pressure, provide haircuts and teach seniors how to use smartphones. 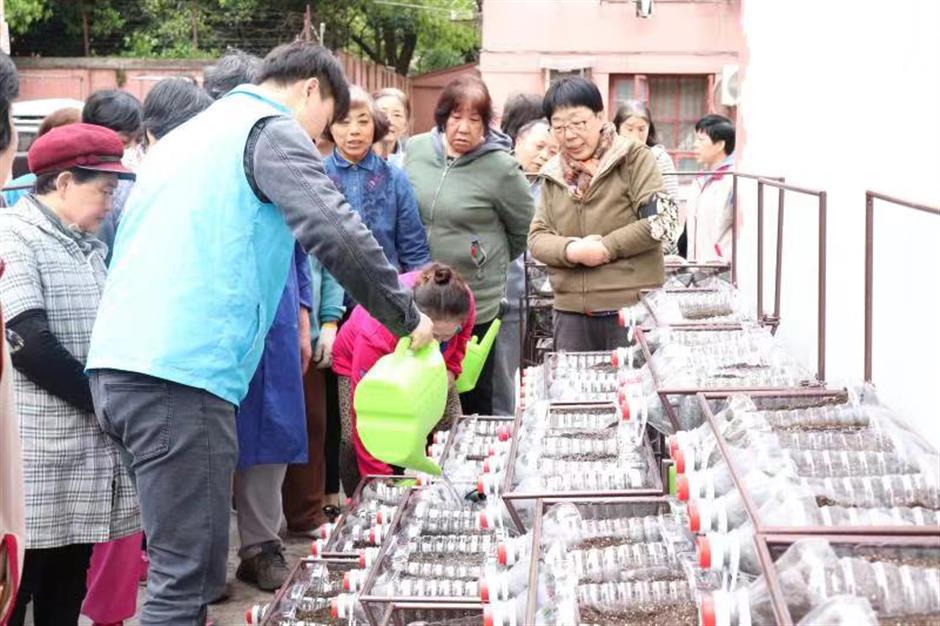 After the lectures end, the projects will be exhibited at “civilization practice centers” across Xuhui. An expert panel including professors has been appointed to give suggestions about the volunteer projects.

The classic-style building — site of the first lecture — is across from the Xu Guangqi tomb park, the scientist-scholar after whom Xujiahui is named. It was built in 1928 as the Zi-Ka-Wei Major Seminary to train Jesuit priests.

Some original buildings were demolished in 1996 for the expansion of Nandan Road. The main seminary structure was converted into offices for Xuhui District officials. 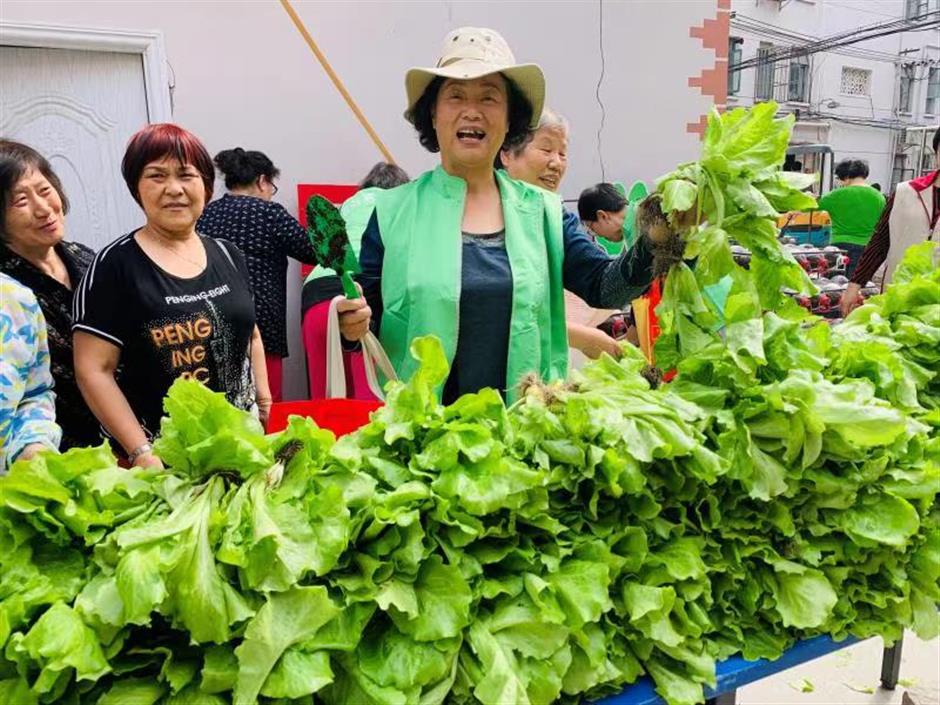