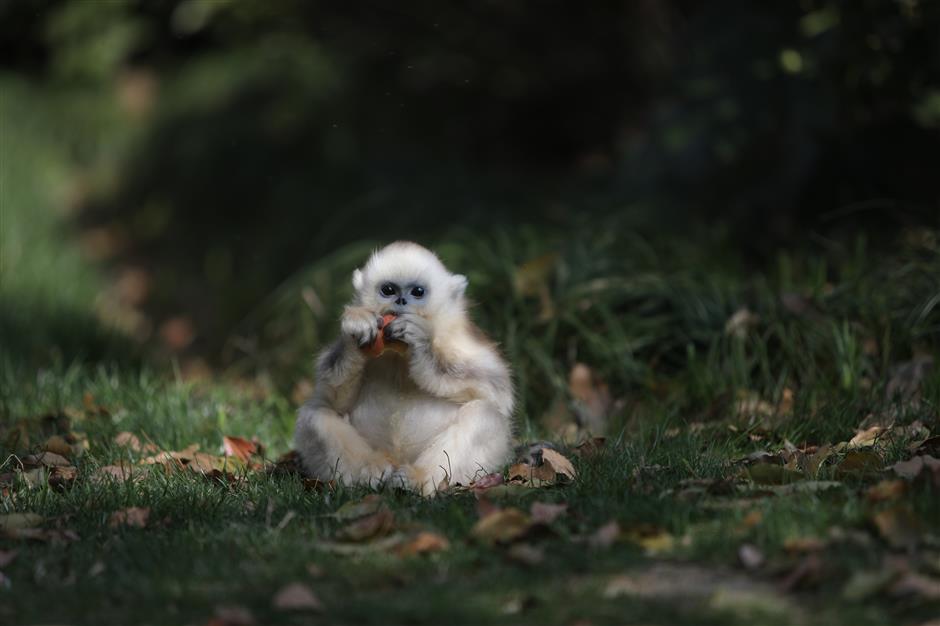 A pair of black bear pigeons

The pair of 1-month-old black bears each weighed 360 grams at birth and are now up to 490 grams. 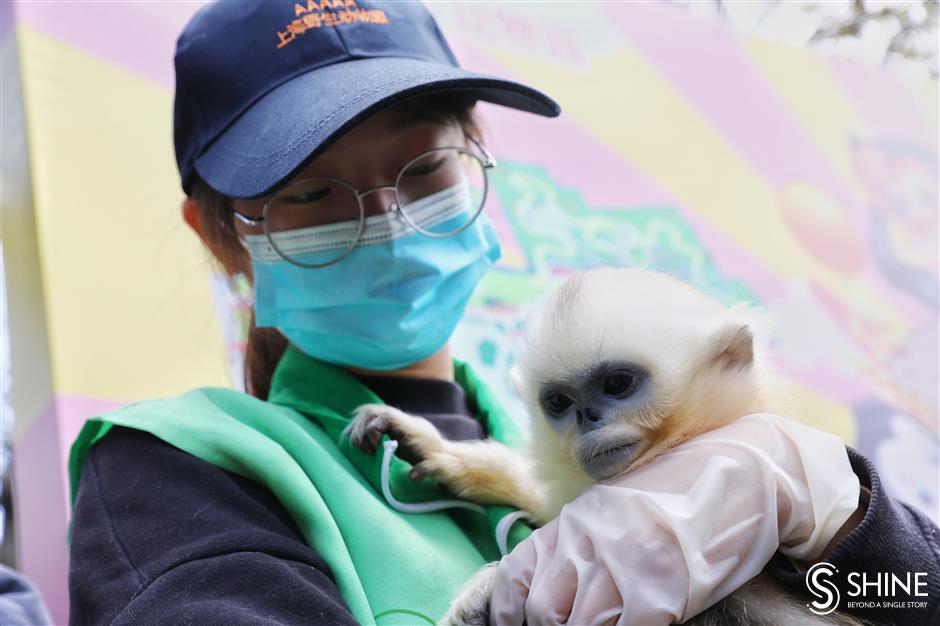 A white-faced saki held by her keeper. 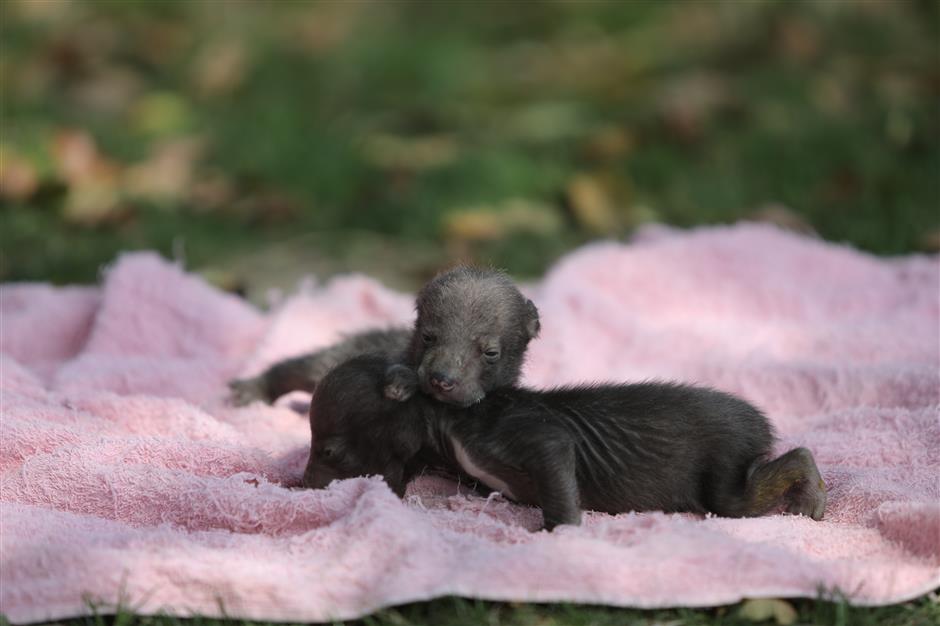 "They are fed milk six times daily and stay in an incubator with the temperature and humidity strictly controlled," said Ma Guangle, the bears' keeper. "When it's sunny outside, they take a comfortable sun bath. They're active and naughty."

The duo is under 24-hour care to ensure their healthy growth.

"They're able to eat apples, bananas, eggs and wotou (a kind of steamed bun made of corn or sorghum) after one or two months," Ma said. 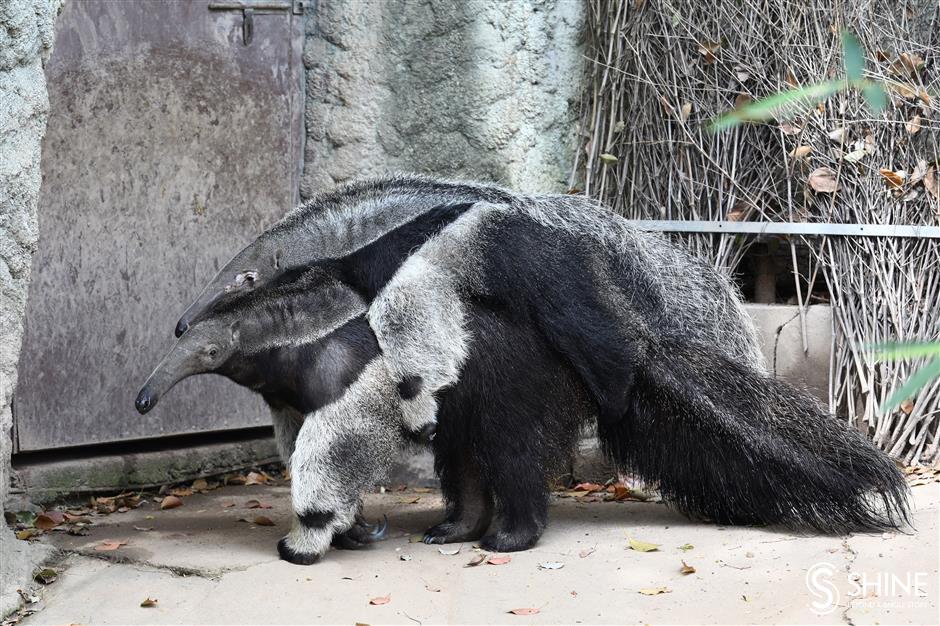 A giant anteater baby on his mother's back. 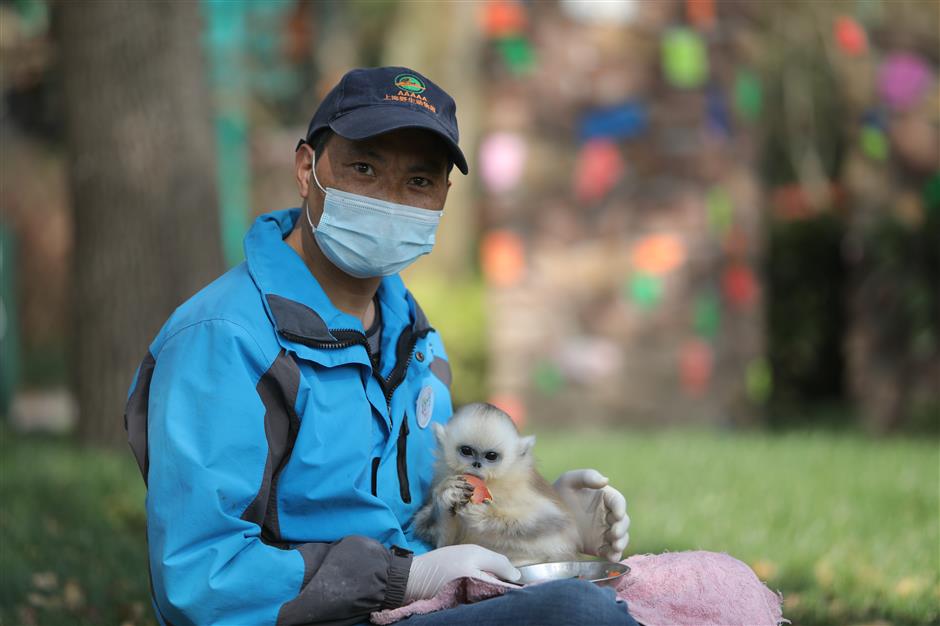 The white-faced saki enjoys a piece of fruit.

The white-faced saki is one year old, and her favorite foods are insects and wotou, according to her keeper Shen Yajun.

She likes being wrapped in a towel for a sense of security, Shen said.

The 10-month-old golden monkey baby is clingy, while the 6-month-old giant anteater cub is curious about new things. 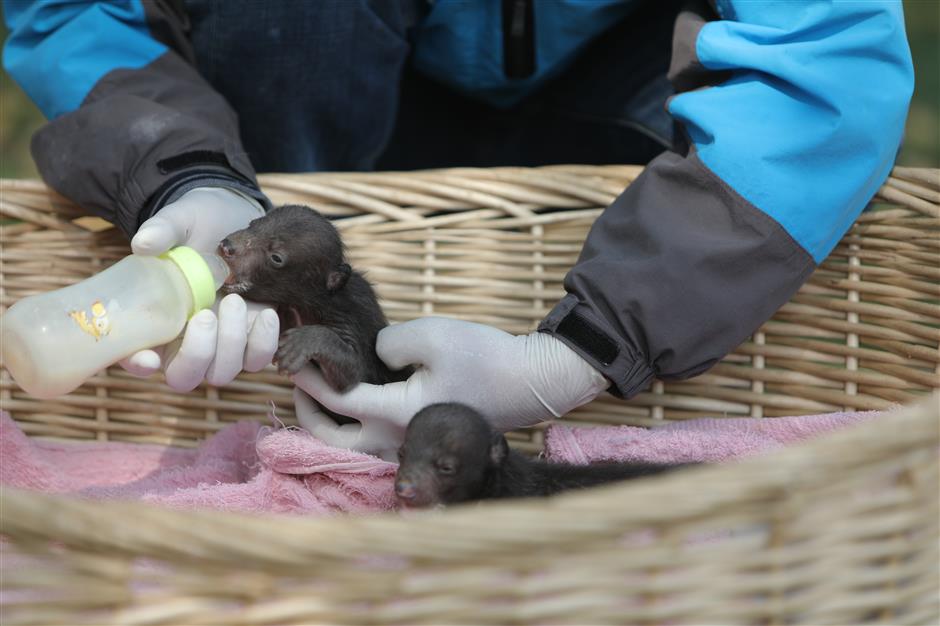 The 9-month-old chimpanzee baby has grown teeth and likes grabbing food from his mother, while the newly-born takin brothers have started greeting visitors.

The park currently has more than 200 babies from about 40 different species, the park operator said.

Names can be submitted via the WeChat account of the park.