From black sesame on scallops to lily bulb in bread, it’s an opportunity to experience French cuisine and Chinese herbs in an unprecedented fashion.

The special project incorporates ingredients from China and abroad, the techniques of Shanghai cuisine and international culinary standards to create 10 dishes and 12 desserts. The project debuted on Saturday at the Biyun Community Culture and Sports Center in Jinqiao Town, Pudong, with families from the community attending the cooking demonstration, tea ceremony and discussion about TCM.

The special project uniting French cuisine and TCM highlights fusion-style recipes that can be accomplished in home kitchens with easily accessible everyday ingredients, such as walnut, jujube, green tea and black sesame.

“After I came to China, I found out that behind the Chinese dishes there is an emphasis on health, for example,  some dishes are good for the eyes and some are for the internal organs, which the French people’s dining tables don’t have," said Groult, who has received numerous awards including the Meilleur Ouvrier de France in 1982. 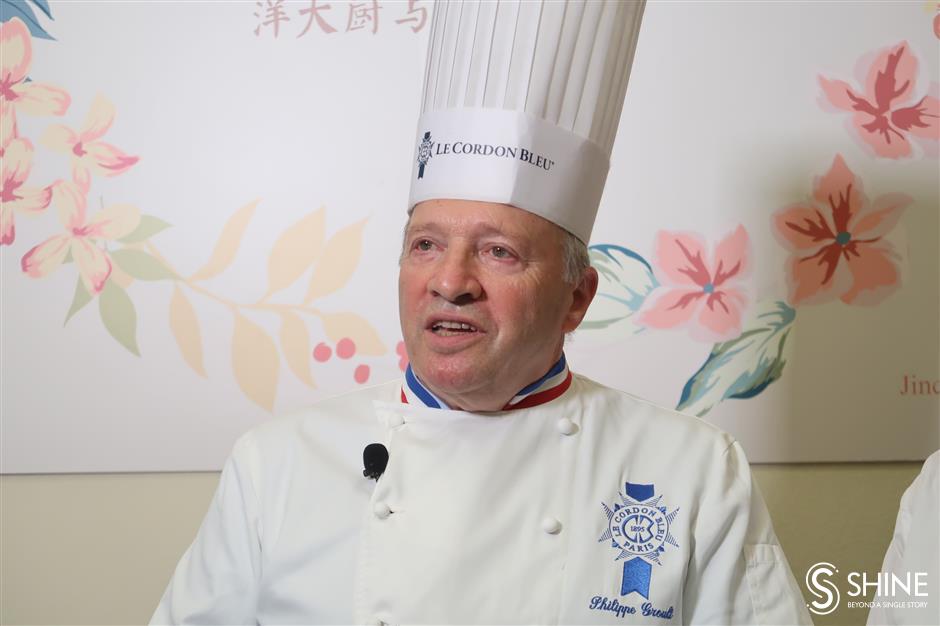 One of the creative recipes is pan-seared scallops with black sesame, avocado and lily bulb, as the black sesame can benefit hair health in TCM. On the sweet side, there’s the walnut jujube and peach cake highlighting the nourishing jujube and the green tea cream cake.

“I like Chinese cooking very much, I think it’s a benchmark of global cuisine," said Groult. "Chinese families cook complicated dishes as well, so I think if one day I return to France, I would like to bring these dishes that fuse with Chinese cuisine to French families."

Dr Ni started working on this crossover project in June 2020 with the goal of converging health concepts into French cuisine. Her work included selecting the TCM ingredients and working on the right dosage to be incorporated in the specific recipes. 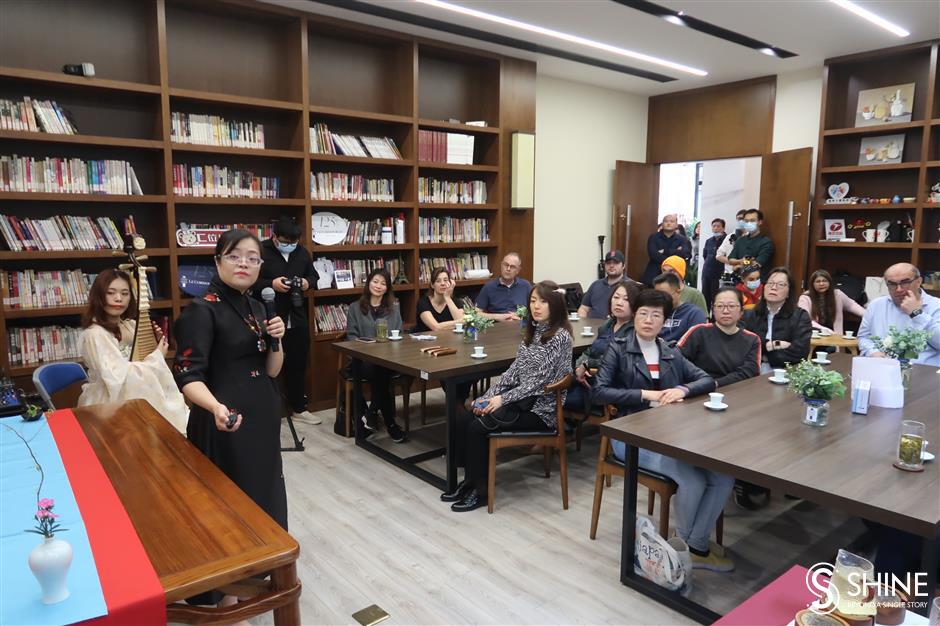 “Each solar term has its health goals, so we’re choosing different ingredients and Chinese herbs in correspondence," said Ni, who specializes in acupuncture and medicine conditioning with more than 23 years of clinical experience. "The focus of spring is liver nourishment.

“My first step was choosing the easily accessible ingredients for each season, not only in China but also abroad, then I gave the list of ingredients to Groult, who is the culinary mastermind. He combined my TCM herbs with his ingredients and consulted me on the dosage.”

A tea ceremony was presented at the event to introduce  Chinese tea culture.

“We promote exchanges among residents through three links – the cultural link that focuses on food, wellness, tea culture and TCM, the public welfare link as well as sports activities to engage residents," said Yang Yan, deputy secretary of the Biyun Community Party committee. "We hope to launch more events to meet the residents’ needs." 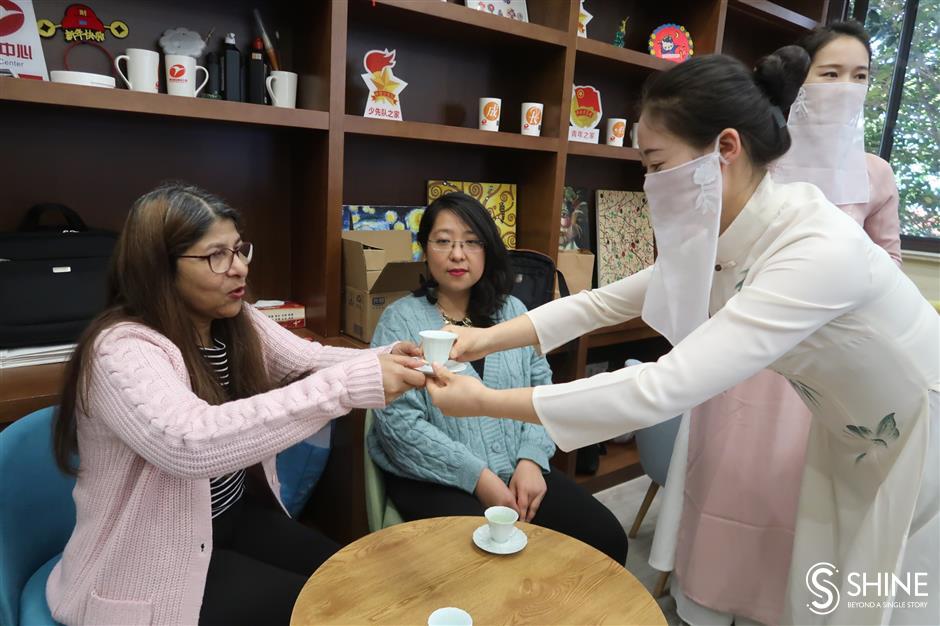