Moments of Jing'an District in March 2021 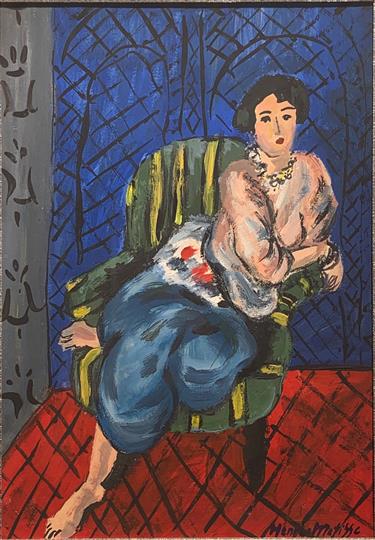 “Woman on a Sofa” by Henri Matisse

Twenty manuscripts of Western master painters are on display in Jin Space Gallery. 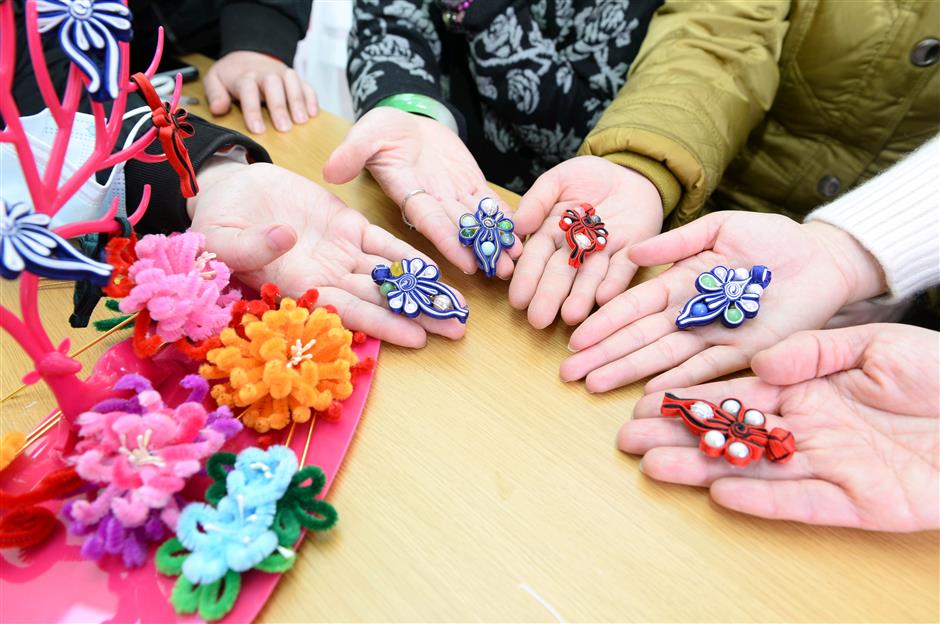 Office ladies in Beizhan Subdistrict made a pankou brooch to celebrate International Women’s Day on March 8. Pankou, or frog fastener, is a button on cheongsam. Inspired by its shape, local office ladies, some of whom wore traditional Han clothes, made brooches as gifts for themselves. 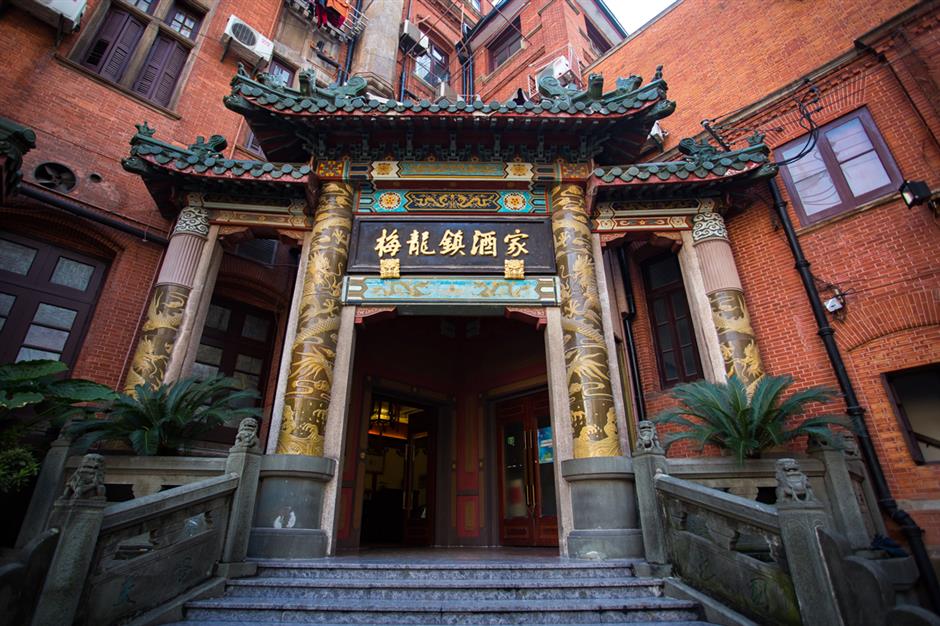 Unique skills to cook Sichuan and Yangzhou cuisines by chefs at the venerable Meilongzhen Restaurant has been newly added to Jing’an’s intangible cultural heritage list.

The restaurant was initially opened in 1938 as a small eatery on the former Weihaiwei Road by three Peking opera fans based on a classic play in which a Ming Dynasty (1368-1644) emperor visited an eatery called Meilongzhen.

It moved to current address on Nanjing Road W. in 1942.

Renowned Sichuan cuisine chef Shen Zifang creatively combined Sichuan and Yangzhou dishes, which made the restaurant one of the most popular in Shanghai. 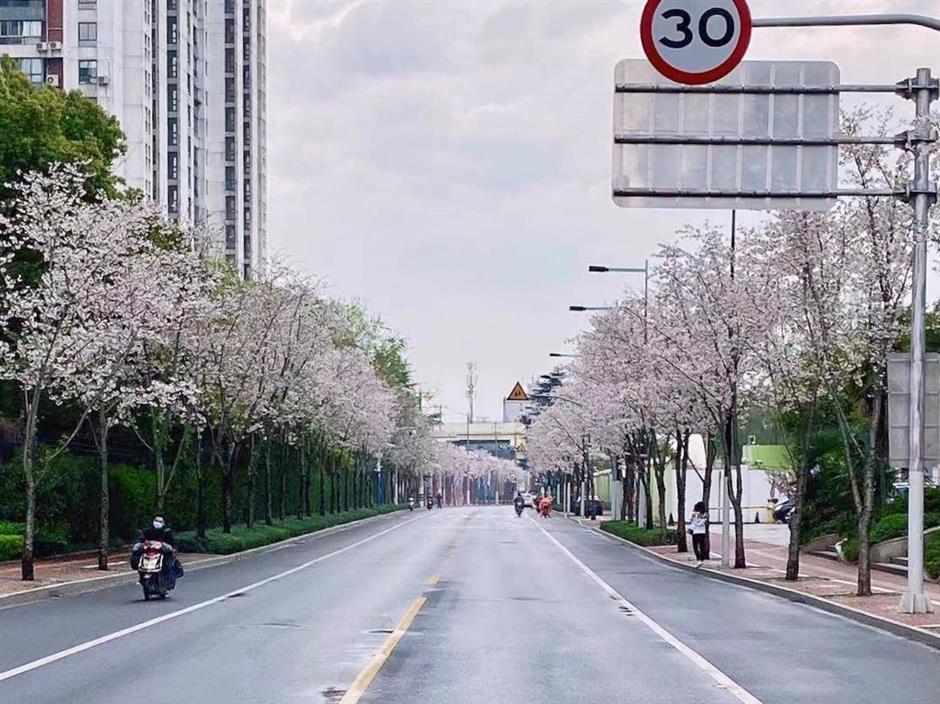 Fallen cherry blossoms have been left on a 400-meter section of Yonghe Road E., between Guangyan and Pingxing guan roads, to create a pink seasonal spectacle. Once, more than 180 camphor trees lined both sides but they didn’t grow well or match the surrounding environment.

In 2017, cherry trees were planted when the road underwent an overhaul to improve its environment. It became a popular photo-taking road in spring with pink cherry blos soms, where the fallen flower petals are left scattered between late March and early April, according to local greenery authority 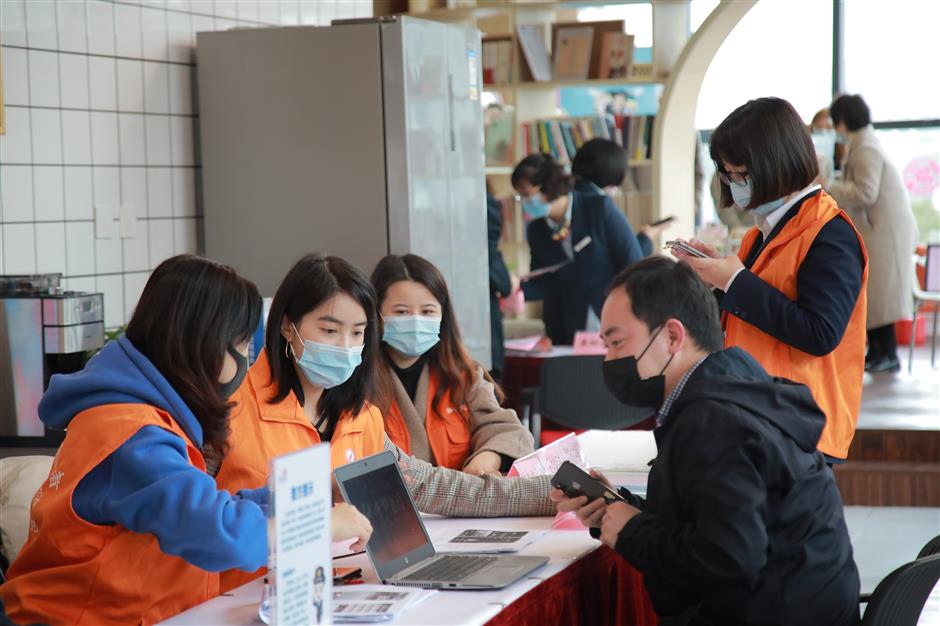 Tianmu Road W. Subdistrict provided volunteer work to residents on March 5, known by the Chinese as Lei Feng Day to honor the icon of altruism, Lei.

A variety of activities were held, includ ing free medical, legal and psychological counseling. Elders found the chance to learn how to use smart phones, graduates went to seek advice for employment and housewives got to know the new civil code.

Also, stalls were put up to sell agricultural products from Kashgar Prefecture in the Xinjiang Uygur Autonomous Region as well as DIY works from children with autism.

Lei, a soldier who died at the age of 21 in August 1962, was known for helping people in need. Chairman Mao Zedong exhorted the masses to “Learn from Comrade Lei Feng” on March 5, 1963. Since then, March 5 is celebrated as a special day for voluntary activities. 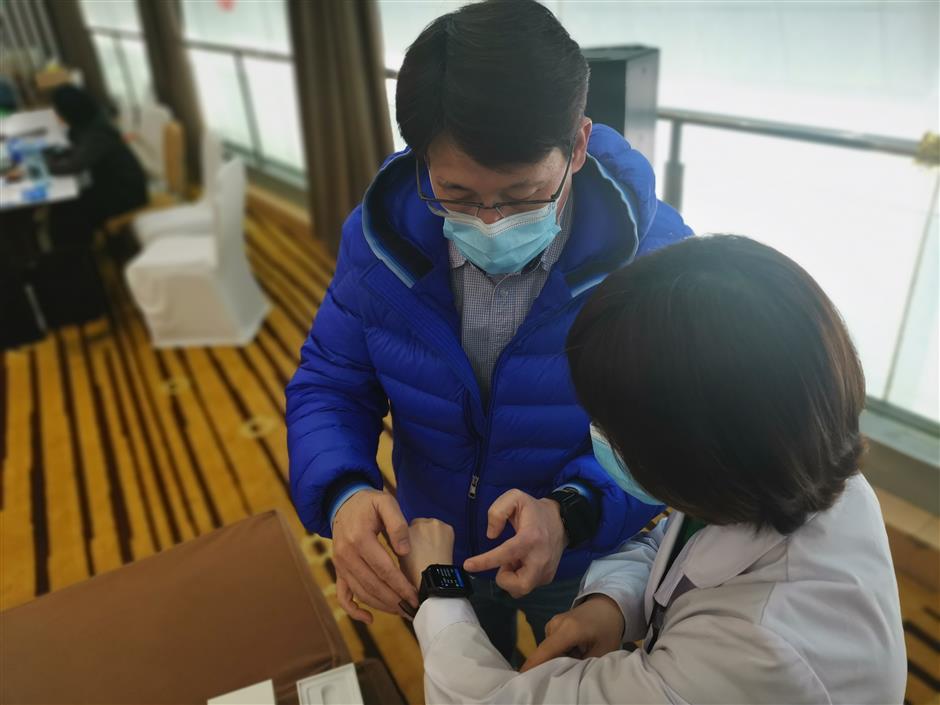 Since the coronavirus outbreak, local medical workers were often sent to quarantine sites. By wearing an especially-designed watch, they will be alerted if they are monitored to have health problems and their health conditions will be informed by the center immediately.

Doctor Fan Qiongyan has been working at a quarantine site for three months. One day, the center was informed that she suffered an abnormal blood supply, sleep apnea, urinary tract infection and gastric disease.

So, the center visited her, gave her medicine and told her to have rests.

“The device is great. When I’m busy, I often ignore my health problems. But it can alert me to take care of myself,” Fan said. 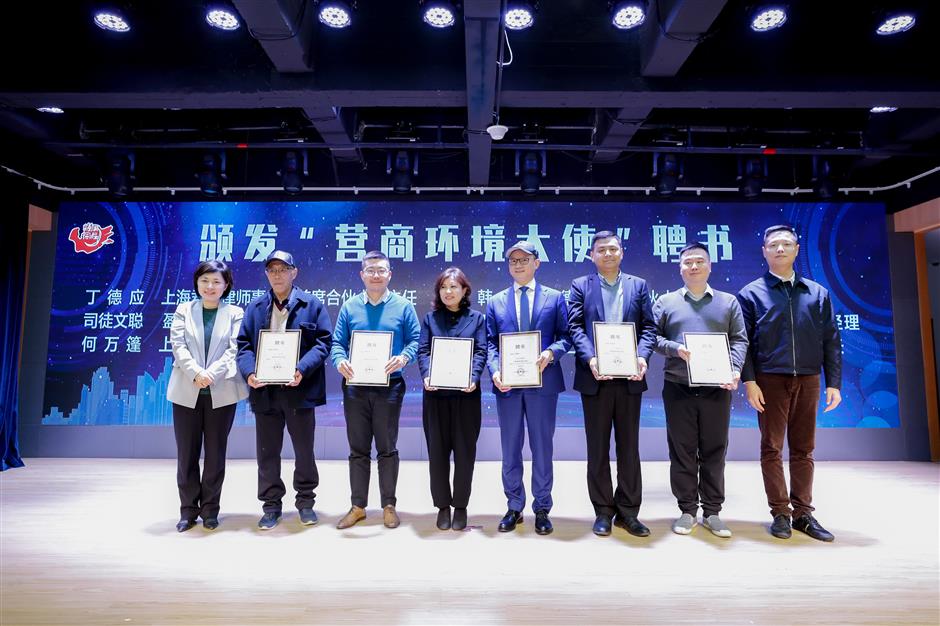 Jiangning Road Subdistrict has recruited five ambassadors to promote its business environment. They include Daniel Ding, managing partner of Joius Law Firm and Han Zongjia, partner of Deloitte Consulting. Over the next year, they will help the subdistrict to win great investment projects.

Also, the subdistrict has formed a strategic cooperation with four business complexes including The New Factories for better development.