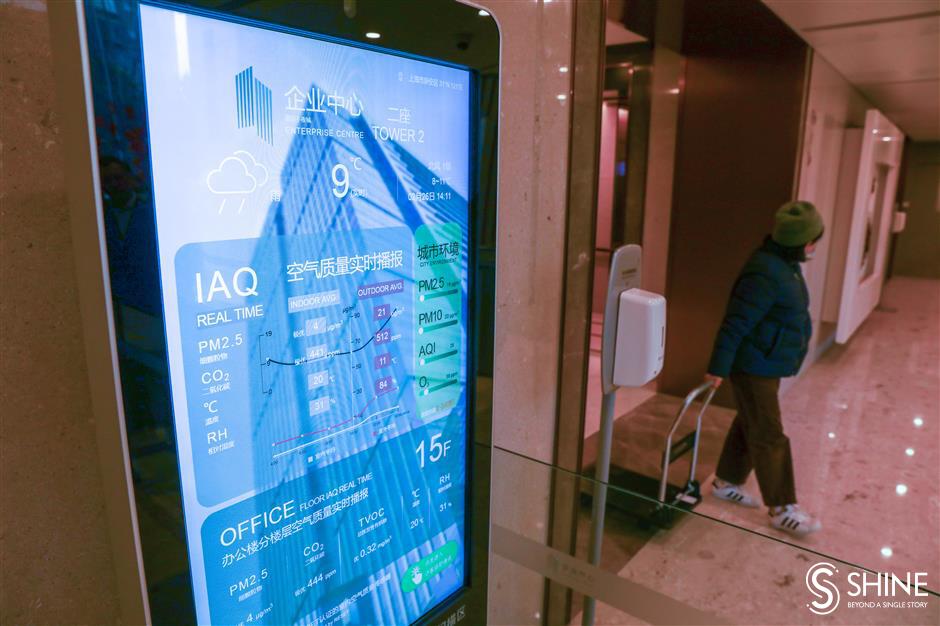 The mixed-use complex near Shanghai Railway Station is an impressive green structure.

With a Leadership in Energy and Environmental Design certification, a widely-accepted green building certification system, Kerry Everbright City is “green” from top to bottom.

Its rooftop has been turned into gardens where vegetables, including radishes, cucumbers, lettuce and pumpkin, are planted.

The rainwater is captured and stored for irrigation and the coffee grounds collected from the complex’s cafes are used as mulch.

The complex also boasts solar panels on the rooftop to produce electricity. In the basement there are two biochemical treatment machines. Each can process nearly 300 kilograms of kitchen waste generated by the complex’s tenants, more than enough to deal with its one-day kitchen waste. The two products are water and organic fertilizers.

The complex uses high technologies to create a contact-free workplace to reduce risks of cross-infection during the epidemic.

An elevator screen with floor numbers can sensor a finger and take you to the required floor you need. Furthermore, other smart technologies allow workers to wave a hand in front of an office door’s sensors for it to open.

Furthermore, eight robots can be mobilized to send takeaway food to tenants or get recycled plastics. The robots can even operate the elevators. 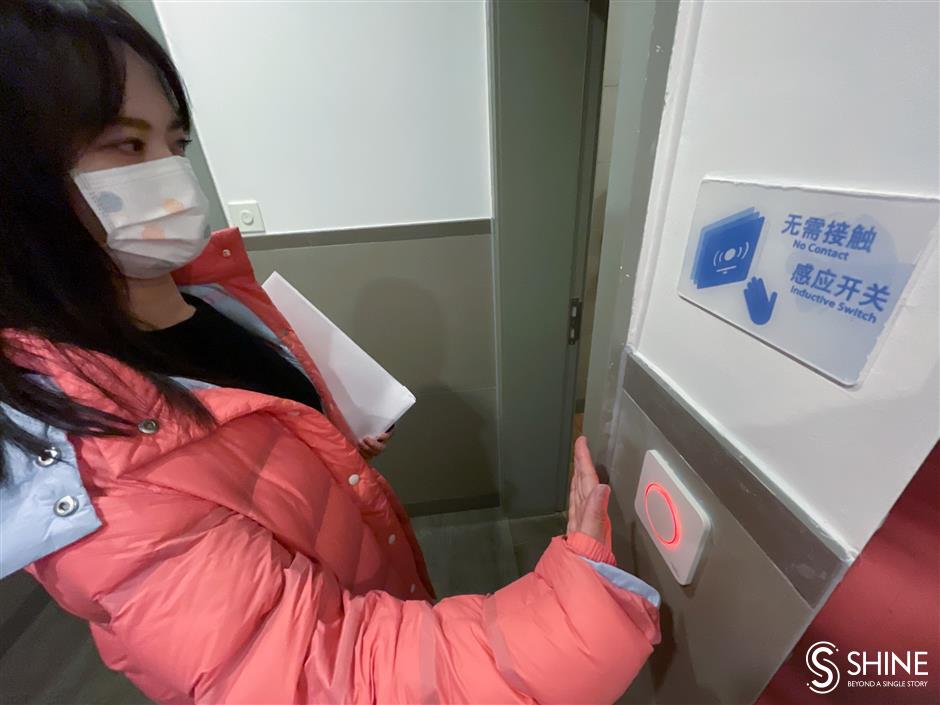 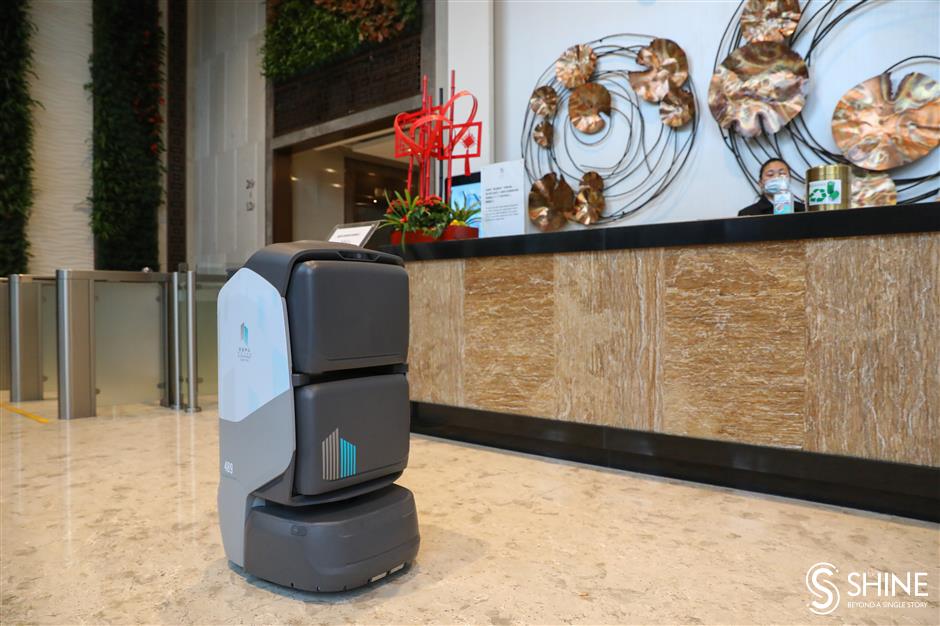 Jing’an-based innovation community XNode is the optimum choice for overseas entrepreneurs who want to start a business in Shanghai because it prides itself on being an international shared-workplace.

More than 60 percent of tenants are expats and many from the XNode team are former senior officials from international companies.

Also, it has been involved in many cross-border innovation programs such as the Chinese launch pad for the Australian government’s Landing Pad program.

Now, it is home to over 150 start-ups, covering fields such as health, information technology and artificial intelligence. It helps them reach resources and market. 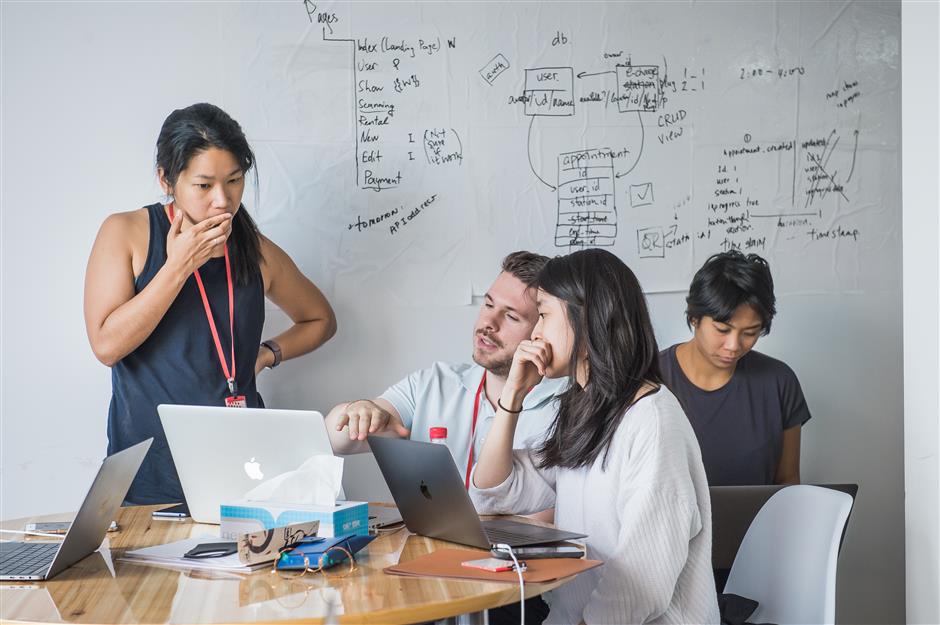 This building looks a trifle out of place in the bustling Jing’ansi commercial zone, which is dotted with modern fancy buildings, due to its old-fashioned outlook. However, over the past 20 years, it has been one of the most popular office buildings in Jing’an.

It is the first office building in Shanghai to set up a service station to address tenants’ problems. And it has recently introduced a self-service machine, which can deal with more than 30 business and personal affairs.

One of the tenants, InterBridge Group (China), moved out, and the service station, working with the local authorities, helped it find a new office in Jing’an. The company says the good service provided by Jing’an made it stay.

The building holds a variety of activities to bring local workers closer together such as leading them on walks around the district’s historical landmarks. 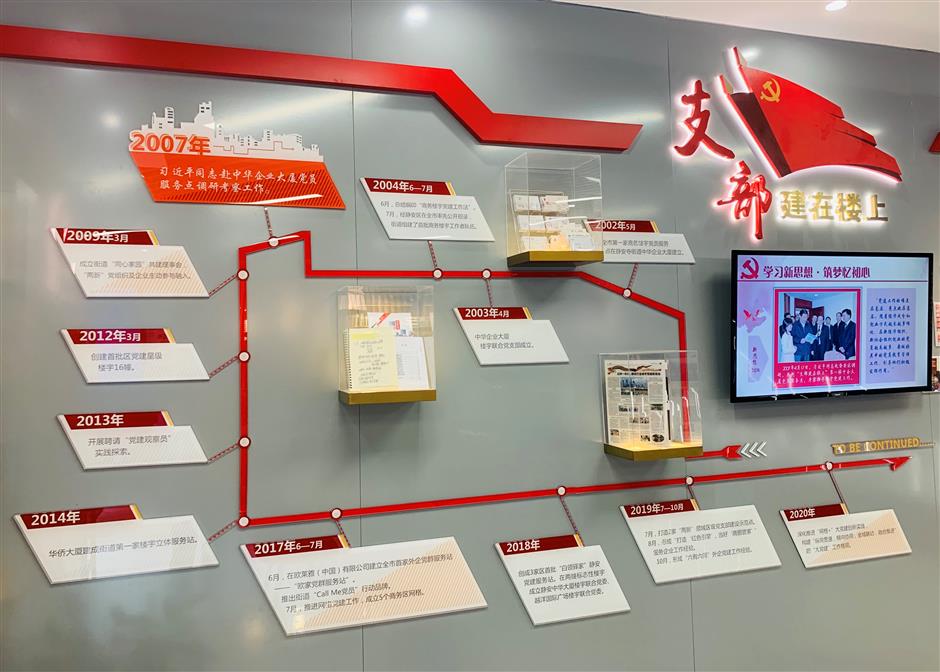