The Jade Buddha Temple in Putuo District launched the non-profit program on Wednesday with internships lasting several months at its vegetarian pastry factory. It produces popular vegetarian mooncakes and other seasonal snacks.

"A trial operation proves that autistic children can learn complicated dim sum skills quickly, while working in earnest and with concentration," he said. The products they make will be marketed as the “Starry Dessert” brand. Some of the profits will be donated to help autistic groups.

Huang Rui, 19, is working at the temple as an assistant dim sum chef after weekly training sessions since October.

"I enjoying baking with my master and friends," said Huang. She was diagnosed as autistic when she was 3 years old.

Huang's mother said her daughter, who spent most of her time at home after school, was happy to leave home for an internship. She will graduate from a vocational school in June and her mother had worried she might have spent all her time at home after graduation until she received an invitation from the temple.

“It is the first step for her to enter society,” her mother said. "I hope she can explore more possibilities in life by herself." 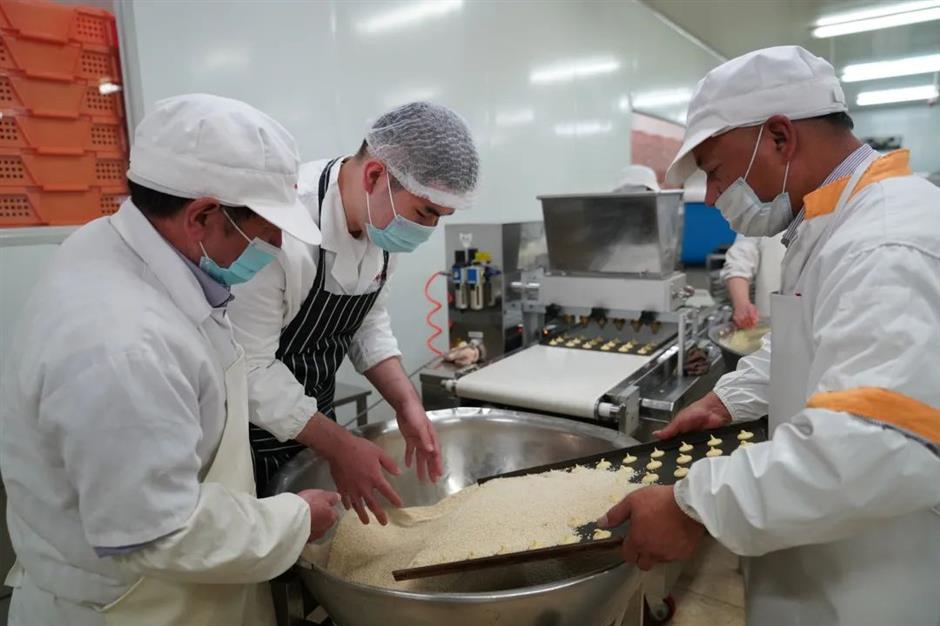 A young person with autism learns how to make dim sum at the Jade Buddha Temple.

Liu Yi, another intern of the program, is determined to become a professional dim sum master to support his impoverished family. Liu had to study at a local school for deaf-mutes after being rejected by multiple normal schools. His parents later quitted their jobs to take care of him.

“I will definitely have the capability to take care of my mum,” said Liu.

China has over 10 million autistic patients, most of whom can get employed and be self-reliance through vocational trainings and studies, Jue Xing said.

“There is few organizations to provide the training sessions and internship opportunities to help them find a job,” the abbot said. “The Buddhist temple is willing to take the responsibility,” he added.

The temple initially invited a group of autistic children to spend a week in the temple to learn traditional Chinese cultures and talk with the monks. The bashful children were surprisingly accustomed to and enjoyed the atmosphere soon and even made friends with the monks, said Hui Jue, secretary-general of the temple’s Juequn Culture and Education Foundation, the main operator of the program.

“Some parents told me they dare not to get old or die for fear that nobody would take care of their children,” Hui Jue said. “I realized it is essential to offer more supports to them,” he added.

The foundation aims to establish a specialized training institute for the autistic people in future, Hui Jue said. He also serves as deputy head of the Shanghai Charity Foundation (Putuo) and a political advisor to the district. 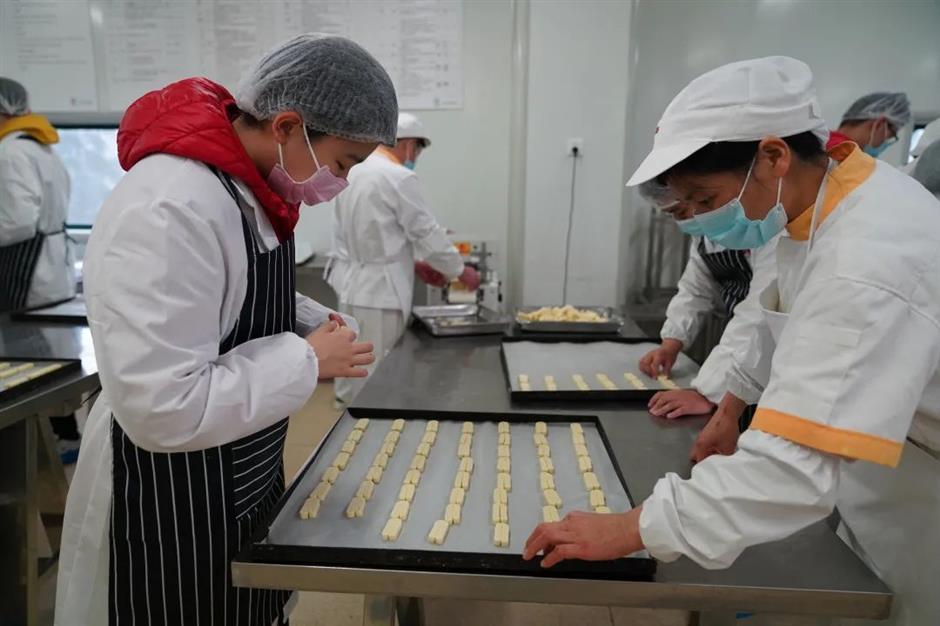 Another stage in the process of making dim sum is explained at the Jade Buddha Temple.