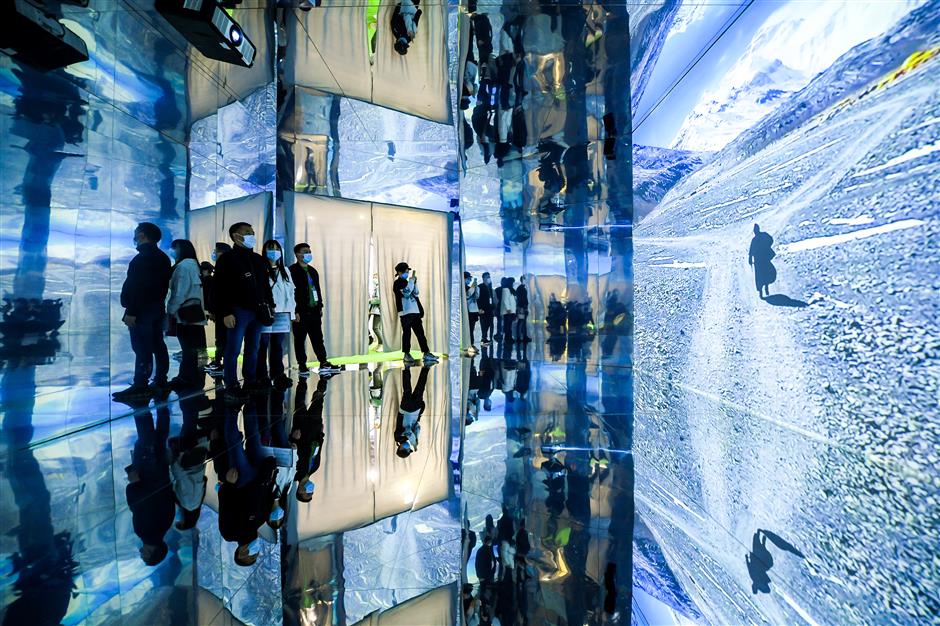 Visitors enjoy an immersive experience during the exhibition. 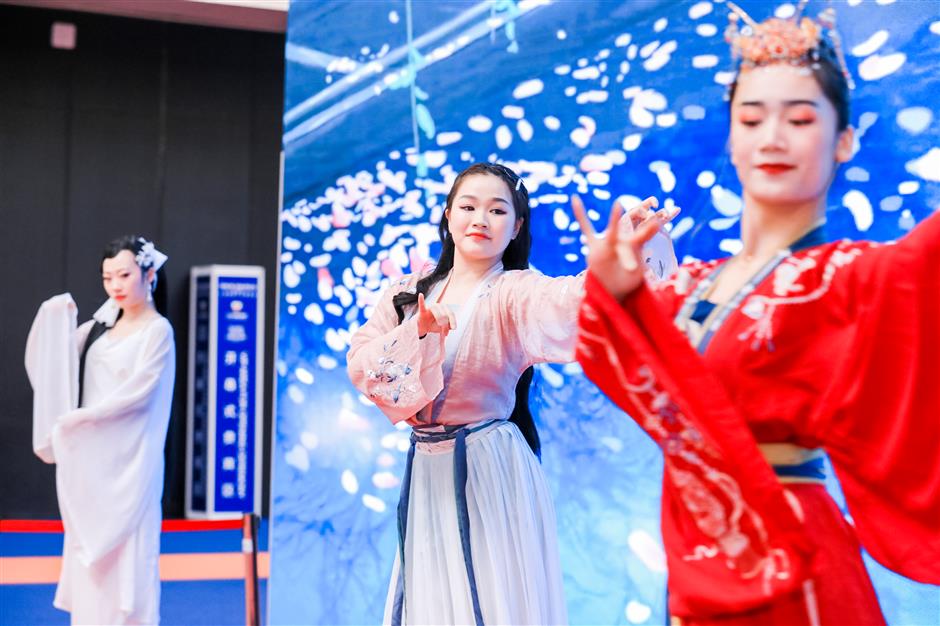 A performance highlights the cultural roots of Songjiang District. 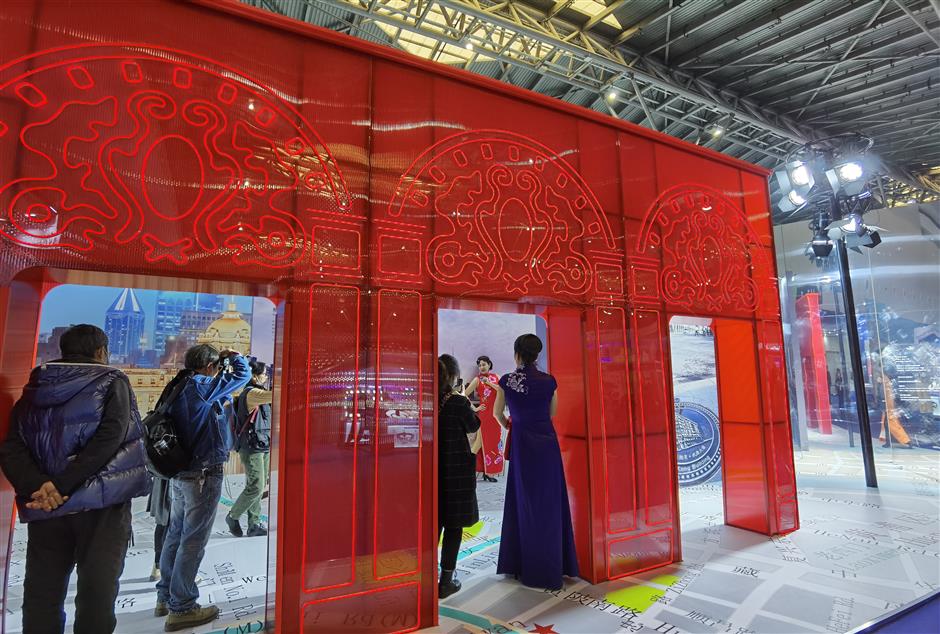 Visitors take photographs at the exhibition.

An exhibition showcasing the beauty and tourism splendor of China and highlighting its tourism trends opened in the Pudong New Area on Thursday.

The “Tourism Plus Theme Exhibition,” one of the city's biggest tourism events of the year, features an immersive 1,200-square-meter tourism scene via multimedia technologies, taking the audience on a journey along the 318 National Highway. People will enjoy a virtual cruise trip on the Grand Canal, take a leisure tour in China's countryside and appreciate the breathtaking scenery of snow-covered plateaus.

The exhibition has around 200 exhibitors introducing tourism destinations and attractions around the country to visitors, government authorities and tourism industry insiders to brainstorm topics such as innovative developments in cultural and tourism in 2021.

The exhibition runs to Saturday at the Shanghai World Expo Exhibition and Convention Center. 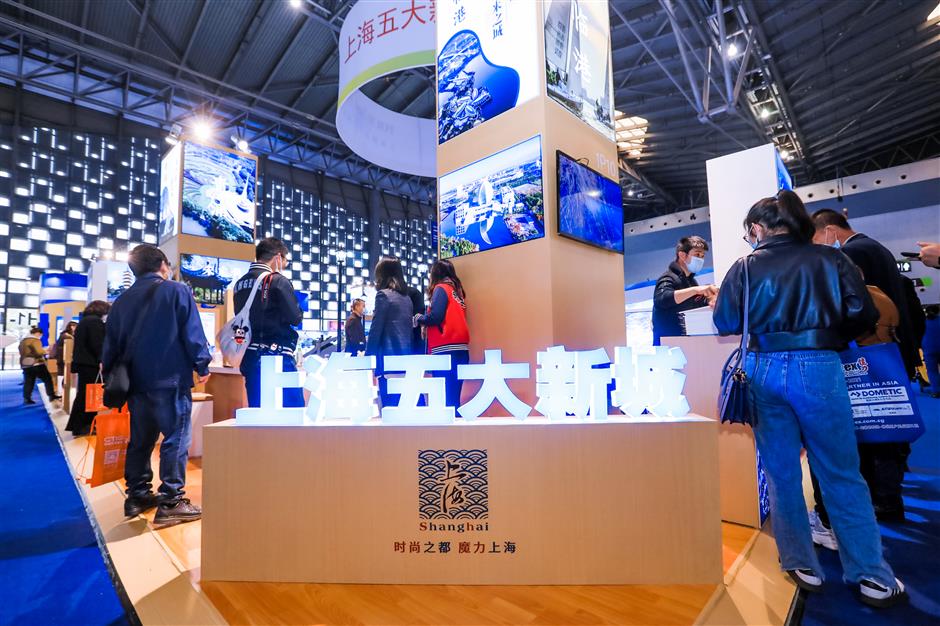 Shanghai's "five new cities" in Jiading, Qingpu, Songjiang, Fengxian and Nanhui have a joint display at the exhibition.

Songjiang District revealed its spring cultural and tourism charm with dozens of activities on the agenda during the event.

They include a Chinese rose exhibition at Chenshan Botanical Garden, a bamboo culture festival and a camping festival at the Sheshan scenic area, and a traditional Chinese costume festival and an electronic music party at Shanghai Happy Valley.

The cultural and tourism resources of Songjiang New City, one of the "five new cities," were highlighted. 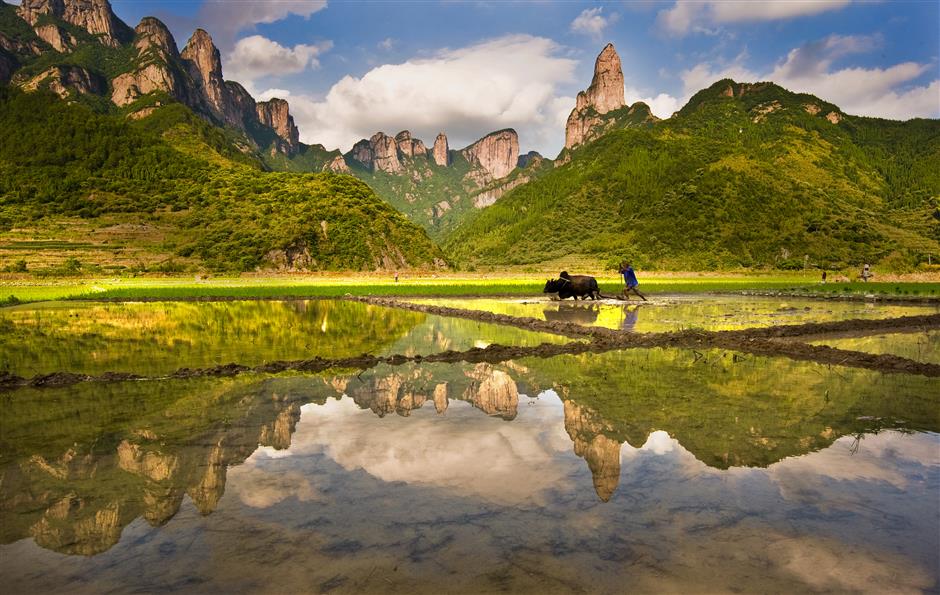 The scenic charm of Taizhou. 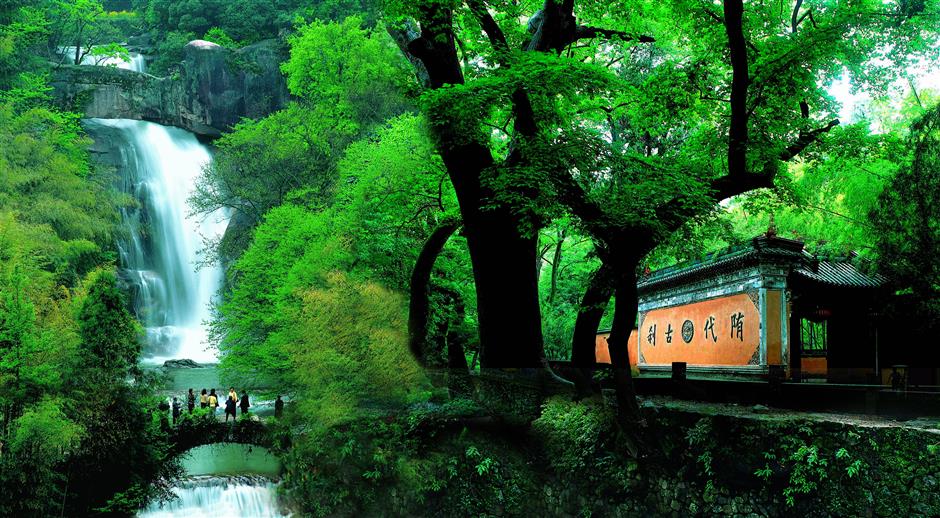 Visitors on a bridge in Taizhou.

Last year, Shanghai recorded 236 million visits from domestic tourists and reaped 280.95 billion yuan (US$42.5 billion) in domestic tourism revenue. The recovery level was 18 percent and 20 percent higher than the nation's average, said Fang Shizhong, director of the Shanghai Administration of Culture and Tourism, during the exhibition.

The COVID-19 pandemic prompted the development of digital and technology-driven tourism and has changed the tourism consumption habits, he said.

"Private tour groups with three to five members who are usually family members are increasingly popular and tourism preference is changing from traditional sightseeing tours to in-depth and slow leisure tours," said Fang.

Meanwhile, the integration of different industries such as sports, tourism, commerce, and health has deepened, said Fang.

Between 2021 and 2025, Shanghai will step up the development of red tourism, Huangpu River cruise tours and architecture-themed tourism, and beef up the construction of intelligent tourism application scenes at tourist attractions and hotels, he said.

Tourism projects centering on the "five new cities," Chongming world-class ecological island and the Lingang Special Area of the China (Shanghai) Pilot Free Trade Zone will be released to create a batch of world-class tourism resorts with cultural essence in Shanghai, Fang said. 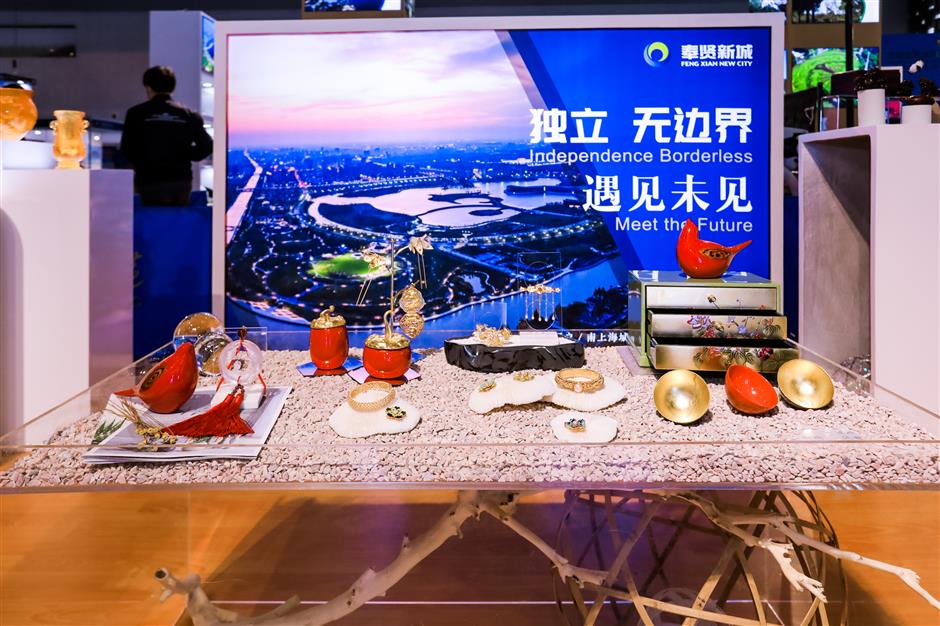 Fengxian District displays its cultural products at the exhibition. 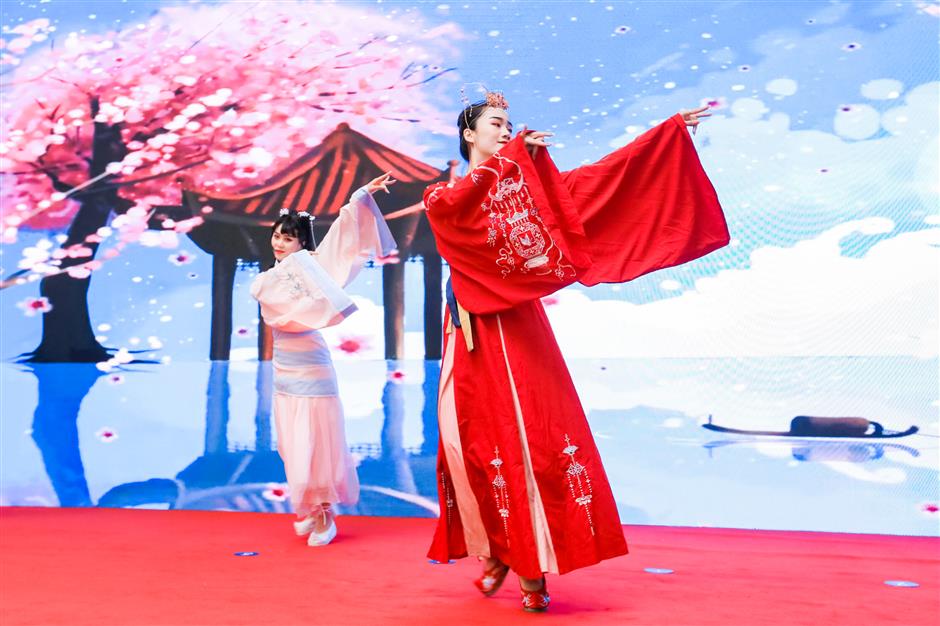 Songjiang District displays its cultural roots at the exhibition. 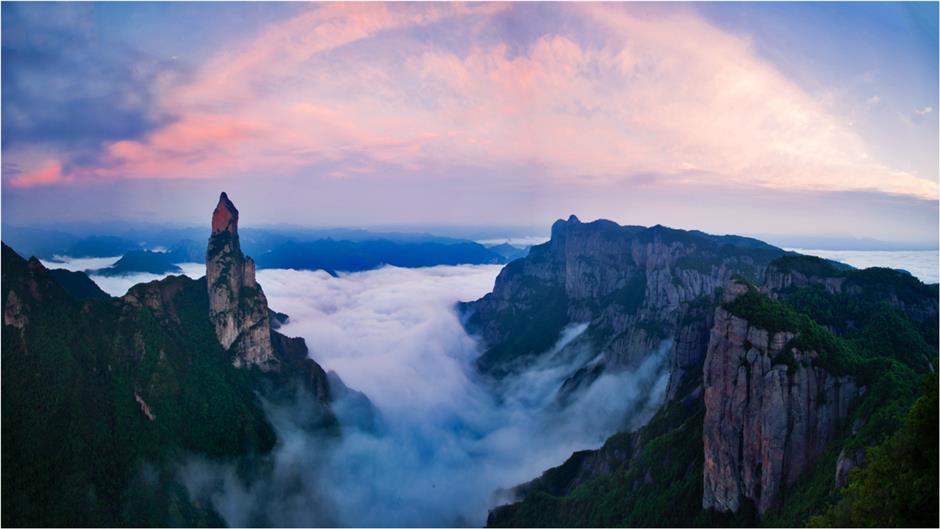