Two special COVID-19 vaccination sessions for Shanghai expats have been planned in downtown Changning District during the three-day Qingming Festival holiday which starts from Saturday.

Some 6,000 expats, who have made appointments, will get the jabs at Tongren Hospital between 1pm and 6pm on Saturday and Monday.

Fifty windows for the injections will be opened at the hospital’s No. 4 building at 1111 Xianxia Road for expats, said Chi Jie, Party secretary of Changning’s public health authority.

Additional special sessions will be planned to cap future demand, he added.

Meanwhile, a temporary vaccination site was launched at Wenguang Mansion on Hongqiao Road on Friday to mainly serve the large number of office workers in the central business district.

Over 2,000 employees and residents living nearby were vaccinated on the 18th floor of the office building. They could register on site and take the jab the same day.

The Hongqiao Subdistrict organized a team of 40 volunteers to offer guidance and serve snacks and drinks. 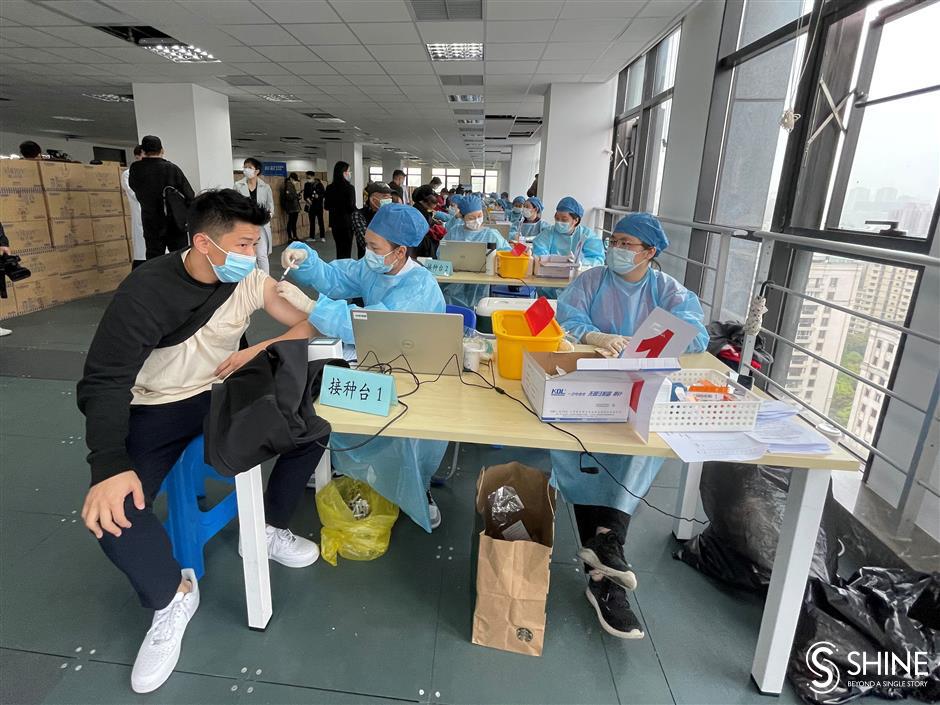 An employee working in Hongqiao has his COVID-19 vaccination at a temporary session set up mainly for office workers on Friday.

Subdistrict staff visited companies in 37 office buildings and some 700 street shops to gauge demand for the vaccination, said Hu Yu’ang, Party secretary of the subdistrict.

More temporary sessions will be opened at commercial or office buildings, such as ShanghaiMart and Hongqiao Development Zone, for the convenience of the employees, Hu said.

Liu Jing, 37, an office worker with a company in Wenguang Mansion, said she made an appointment on Thursday after hearing about the temporary site.

“It is convenient and the process is smooth,” said Liu. “I felt nothing after getting the jab.”

Over 227,000 COVID-19 vaccinations had been given in Changning as of Thursday. Over 10,000 jabs were given each day over the past week in Changning, Chi said.

Three district-level hospitals — Tongren, Guanghua and Tianshan — have opened 20 windows each to serve groups of over 100 people. They can offer up to 40,000 shots a day. 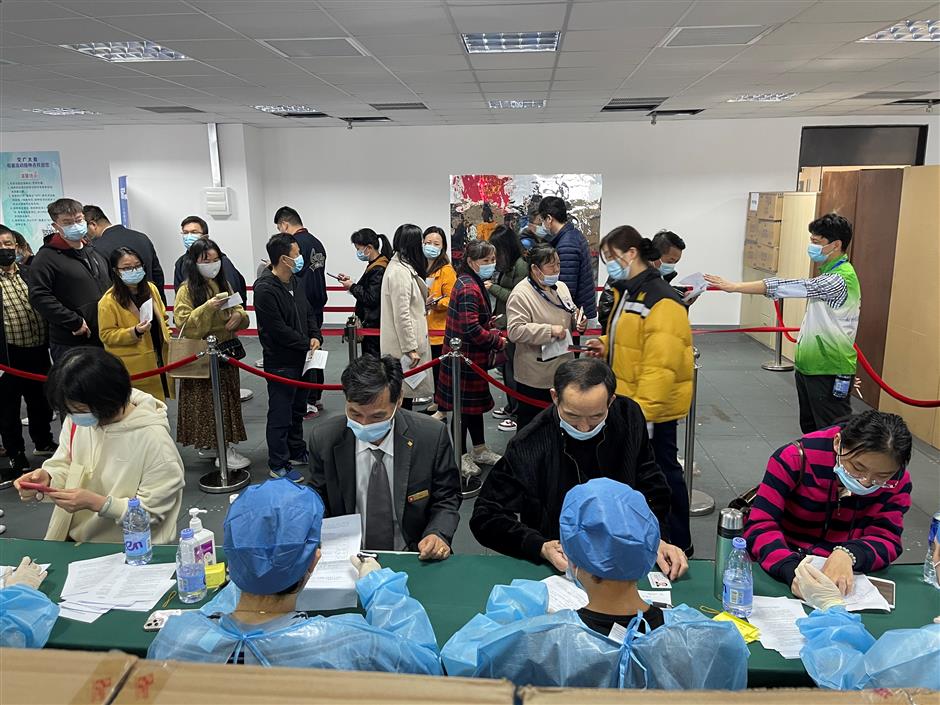 People register at a temporary site set up in Changning District where they can take the jab the same day.