A 72-year-old patient was able to have a single operation to treat both his lung cancer and complicated heart disease, Shanghai Chest Hospital announced on Friday.

When doctors diagnosed lung cancer that required surgery, they also found he had serious heart problems. One artery was almost blocked and there were valve problems. All conditions could have proved fatal.

Doctors then decided to conduct surgery on both lung and heart in one operation.

Surgery to treat the lung cancer, replace the artery and valves and perform a heart bypass was launched. The patient recovered well and was relocated to an ordinary ward from intensive care on the third day after the operation.

The hospital said such joint surgery imposes less trauma while ensuring quicker recovery and shorter hospitalization with greater benefits for the patient. 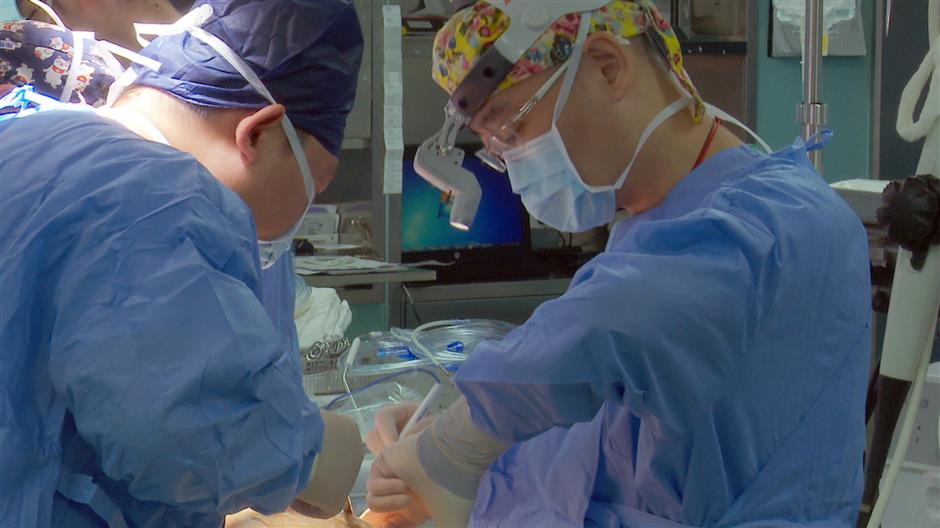 Doctors at Shanghai Chest Hospital in the operating room.

Doctors talk to the 72-year-old patient after his joint lung-and-heart surgery.