All aboard for the three-day Qingming Festival holiday

The waiting hall of Hangzhou East Railway Station is packed with passengers on Friday. 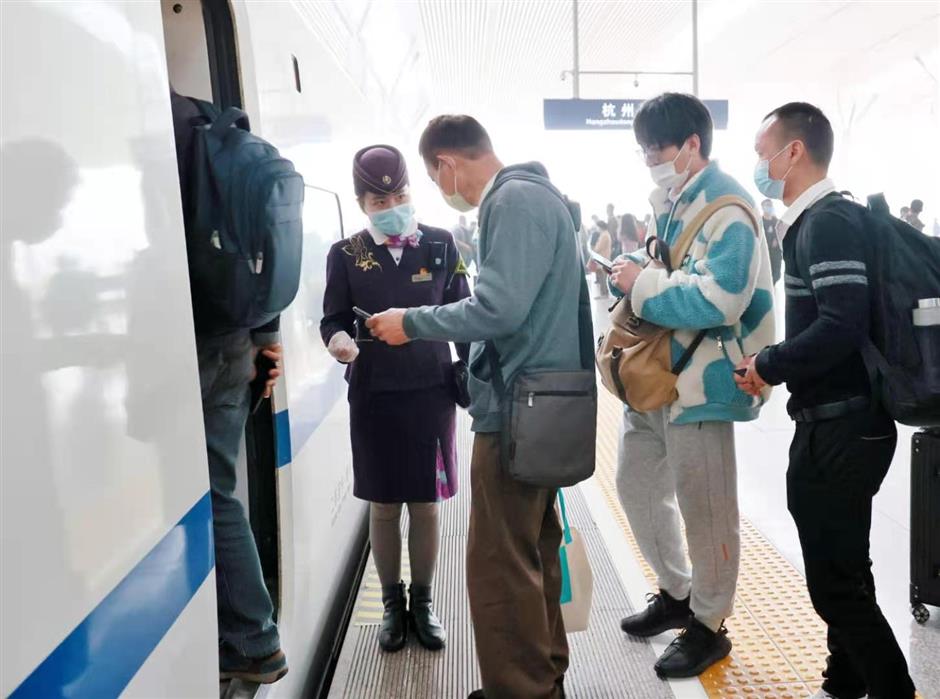 Passengers board a train at Hangzhou East Railway Station.

The Yangtze River Delta region had a daily record high number of railway passengers for the year on Friday.

That figure is estimated to further climb on Saturday, the first day of the three-day Qingming Festival holiday.

On Friday, 2.64 million people took trains in the region, posing a daily record for the year, and up 1.9 percent from the same day in 2019, China Railway Shanghai Group said on Saturday.

It is estimated that the number will surpass 3 million on Saturday.

Tomb sweepers and tourists will account for the majority of passengers on Saturday. Railway stations including Shanghai Hongqiao, Hangzhou East and Nanjing South have had big crowds from 8am on Saturday, the group said.

An additional 59 trains will be put into service on Saturday to cope with the growing demand. 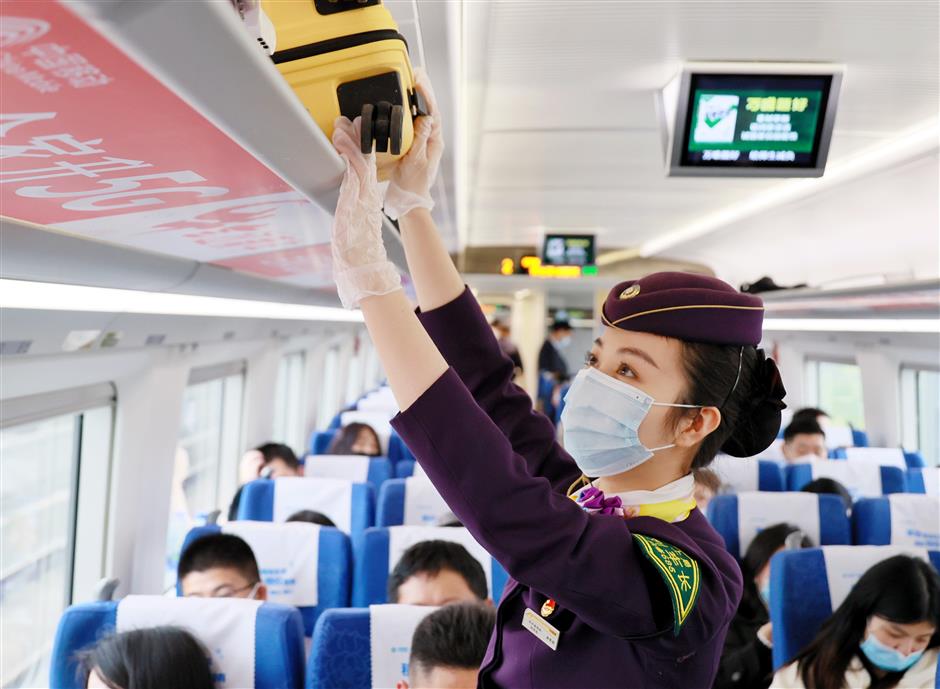 A railway attendant arranges luggage on a train in the Yangtze River Delta region.