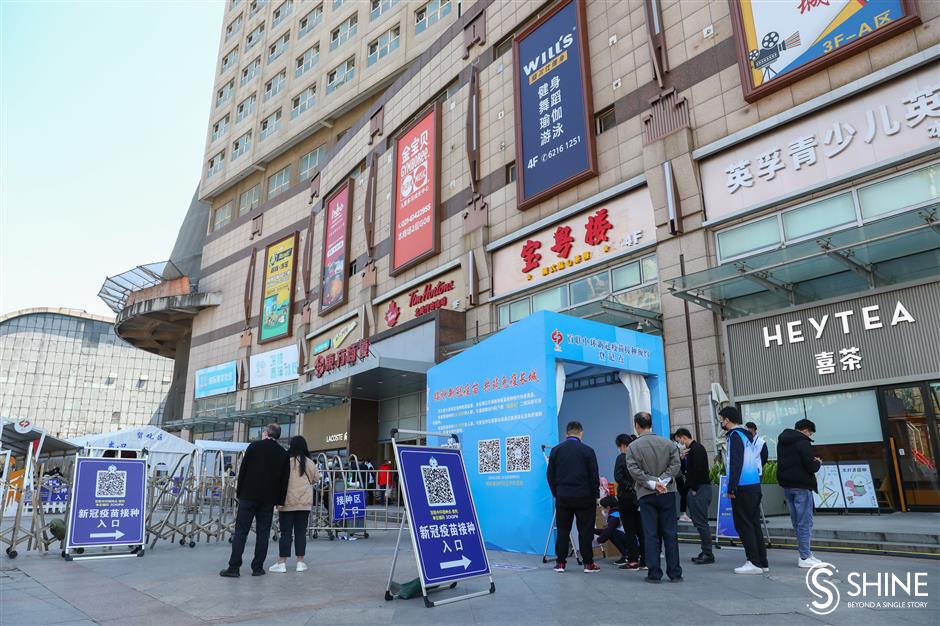 The makeshift inoculation site is located in the Bailian Zhonghuan Shopping Plaza on Zhenbei Road. More than a dozen medical professionals in six separate units can inject about 1,200 doses every day.

People can make reservations, have their temperatures checked and get vaccinated in the complex between 8:30am and 5pm for the next week.

“These temporary injection sites make it more convenient for office workers and college students without affecting their work and studies,” an official with the commission said.

A long line of people, mainly employees working at nearby companies and the plaza, began waiting outside the complex at 8:30am today. They received temperature and health checks before getting the injection. A temporary observation site has been set up with free snacks and drinks provided. 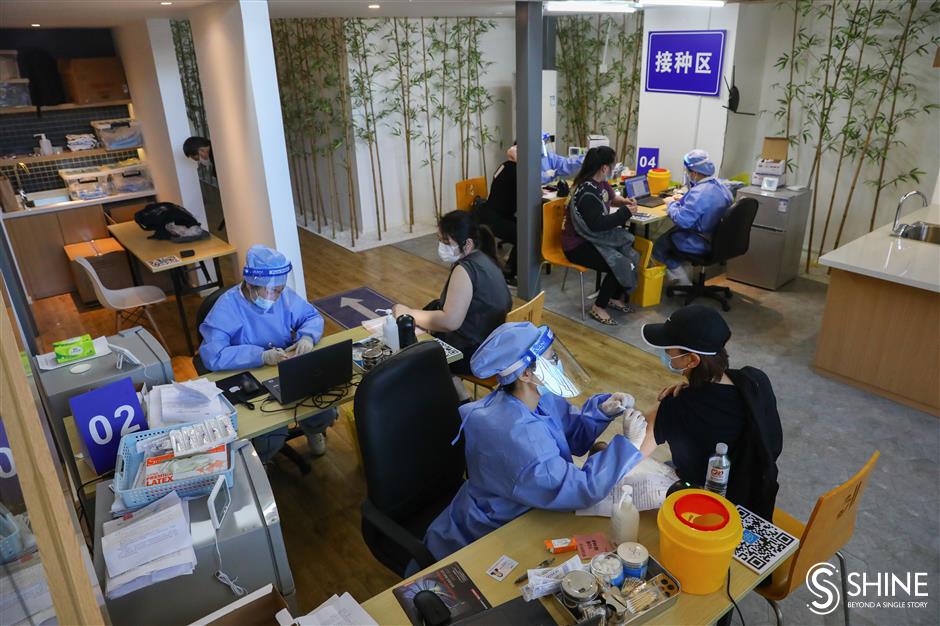 “I've learned it's necessary for everyone to get vaccinated,” said Hu Dongxue, a security guard at the complex who came to the city from neighboring Anhui Province six months ago. Most of his colleagues, apart from those on duty, were inoculated today.

Han Guo’an, a programmer working at the nearby Universal Software park, said the vaccine will keep those traveling abroad in the future safe.

“I learned about the temporary site from a WeChat group for tenants living in this area,” Han said. “I can go to work right after the 30-minute observation period."

Nearby residential committees took residents to the site on buses. Tan Shaoyan, one of the bus riders, said the entire vaccination process took one hour.

This is the second mission for the Putuo mobile injection team. It set up shop in a gymnasium at East China Normal University on March 27 and 28 to provide vaccinations for more than 7,000 students and teachers.

As of April 3, more than 265,000 injections had been carried out in Putuo. The district has set up two major vaccination sites on Ningchuan and Liquan roads along with 12 additional community sites. 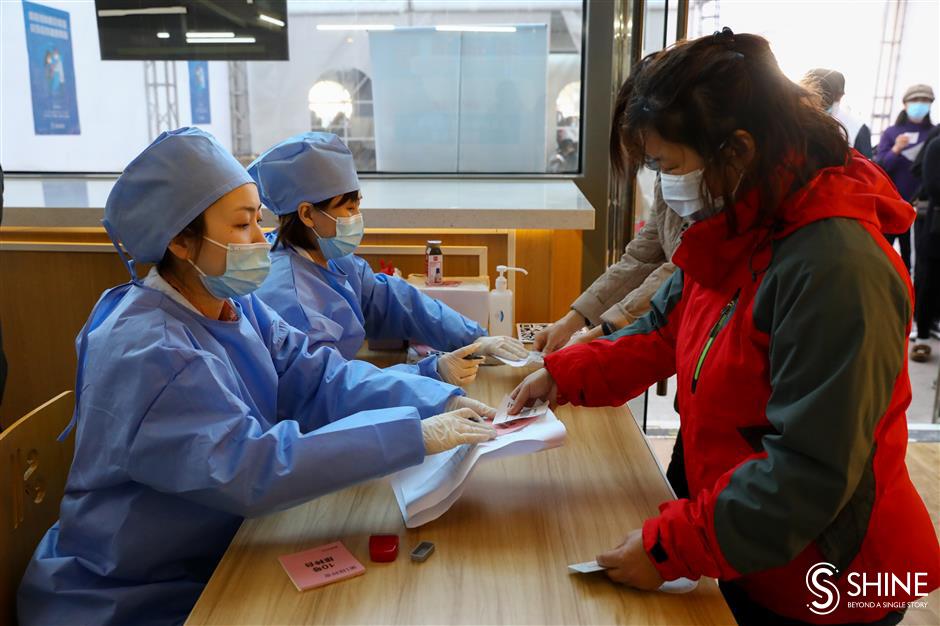 People can make reservations and get the vaccination on site. 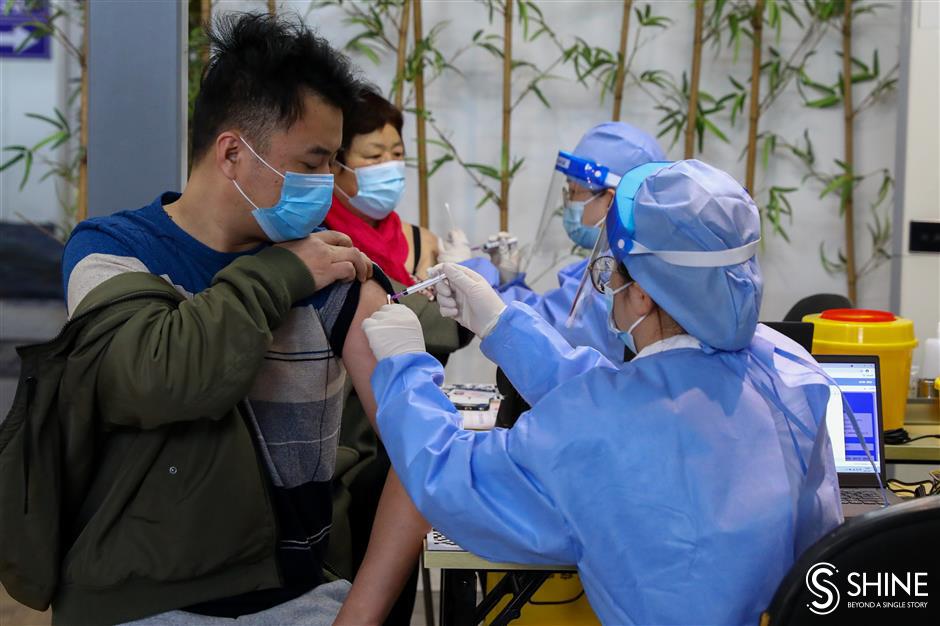 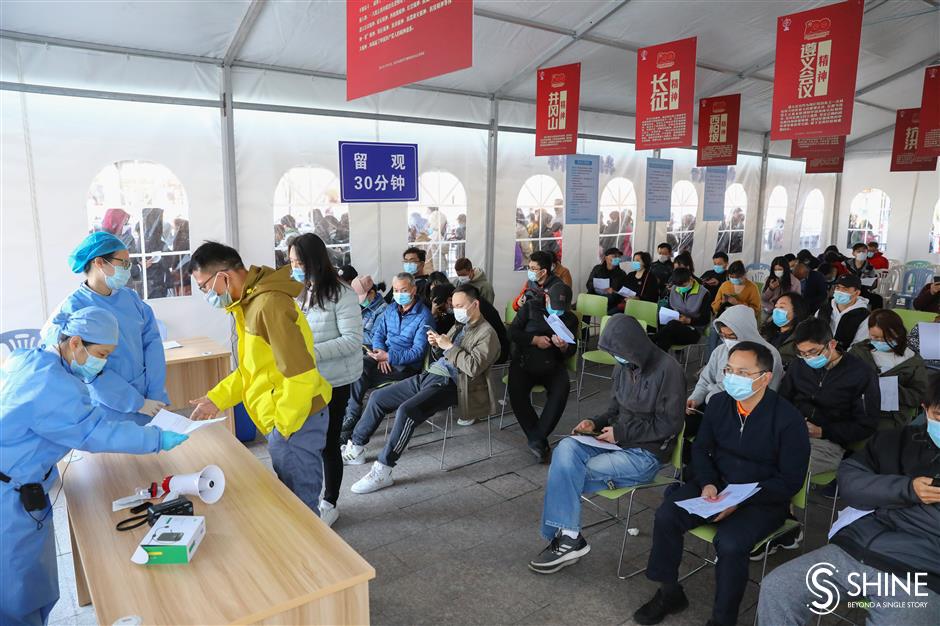 A tent outside the complex where people are observed after the vaccine.