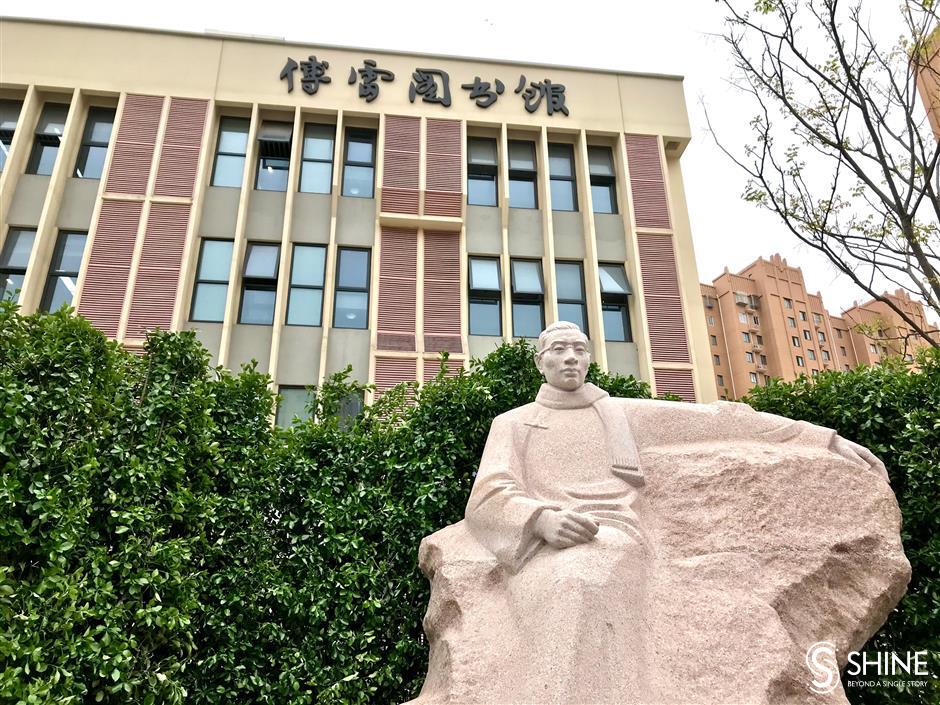 A granite statue of renowned translator Fu Lei is unveiled in his childhood home of Zhoupu in the Pudong New Area. 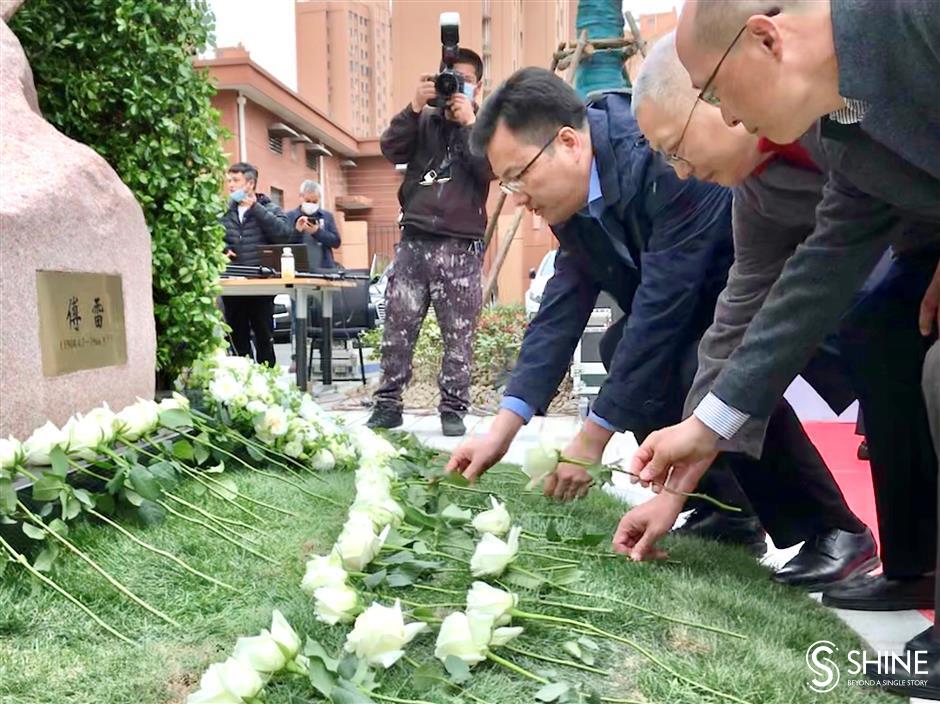 People lay roses at the statue of Fu Lei.

A granite statue of renowned translator Fu Lei was unveiled in his childhood home of Zhoupu in the Pudong New Area to commemorate the 113th anniversary of his birth.

The statue outside the Fu Lei Library shows Fu, wearing a scarf, a long gown and a pair of glasses, sitting in an upright posture. It was designed by Sheng Yang, the artist who had created a sculpture and souvenir medals commemorating Fu and his wife Zhu Meifu.

It was slightly drizzly, but people didn’t leave after the statue was unveiled. They stood in a queue to lay roses, Fu’s favorite flower, at the statue.

“We have created the Fu Lei Culture Foundation, renovated his former residence and built a library and archive to commentate him. We have a kindergarten, a primary school and a middle school that are all named after Fu,” he said.

“As Fu was a renowned translator, we’ve been holding translation competitions for several years. And we are now collecting family letters from our residents as Fu was known for his letters to family and friends.”

Next, it is intended to find out more about Fu’s elder son, pianist Fou Ts’ong.

Better known to many Western readers by the name Fou Lei, Fu is highly regarded for his translations of French writers, including Balzac and Voltaire.

He was born in a traditional courtyard house in Hangtou Town in Pudong. In 1912, he moved with his mother to Zhoupu, where he lived and went to school until he was 19 years old.

“Fu Lei's Family Letters,” first published in 1981, has influenced generations of Chinese teenagers. It has sold over 1.1 million copies worldwide.