Shanghai and Wuhan have established a close connection and friendship since medical teams from Shanghai were sent to Wuhan to fight COVID-19.

The concert was rooted in a touching photo taken by a 21-year-old medical volunteer during the pandemic.

In the photo, 88-year-old patient Wang Xin, a violinist with the Wuhan Philharmonic Orchestra, and his doctor Liu Kai from Shanghai’s Zhongshan Hospital, stand together in front of a beautiful sunset. With the help and encouragement of Shanghai medics, Wang recovered from the virus. He performed Jules Massenet’s "Meditation" in the ward as a gift to all of them.

The cloud concert featured a new adaptation of the classic song “Dedication,” which was performed in a chorus comprised of people from both cities.

The concert can be accessed for free on FM94.7's WeChat account and the AJMIDE smartphone app. 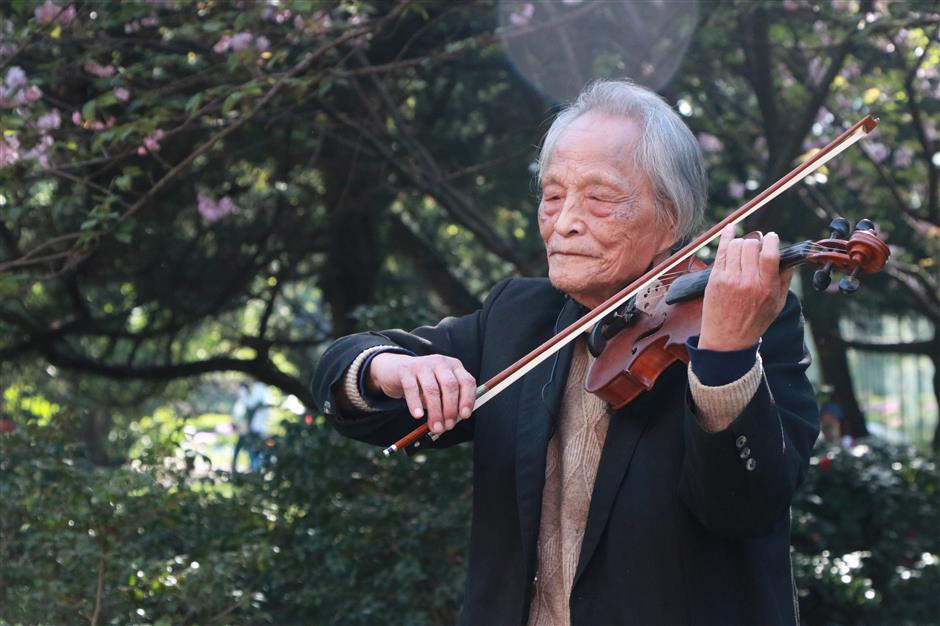 Wang Xin, a violinist with the Wuhan Philharmonic Orchestra