An empty case for a Cartier watch found in the van after the fire.

A man has been detained in connection with an alleged fraud involving goods worth over 7 million yuan (US$1 million) after a van caught fire in the Pudong New Area.

Police launched an investigation after the vehicle was engulfed in flames next to the Xuelin Road Station on Metro Line 13 at 7:40am on March 22. The fire was extinguished and no one was injured.

Inside police found the remains of deliveries from an Internet mall but all the packages appeared to have been opened.

The van belonged to a man surnamed Ju, who said he had parked there at 7am and then left. It was being used by his friend, he told police, a man surnamed Mei, a deliveryman for the Internet mall, but said he knew little about Mei’s work.

When Mei was summoned by police, they told him all the packages in the van had invalid delivery addresses.

Further investigations found it was Ju who had ordered the items from the Internet mall with non-existent addresses and contact numbers, and that Ju was often in the same van when Mei made deliveries.

When confronted with their findings, police said, Ju confessed to the fraud.

He had opened all the packages in the van without Mei’s knowledge and then set the vehicle on fire.

Police have recovered all the items taken from the packages, including 18 luxury watches, 92 expensive headsets, 22 luxury garments, a digital camera and 766 prepaid cards. 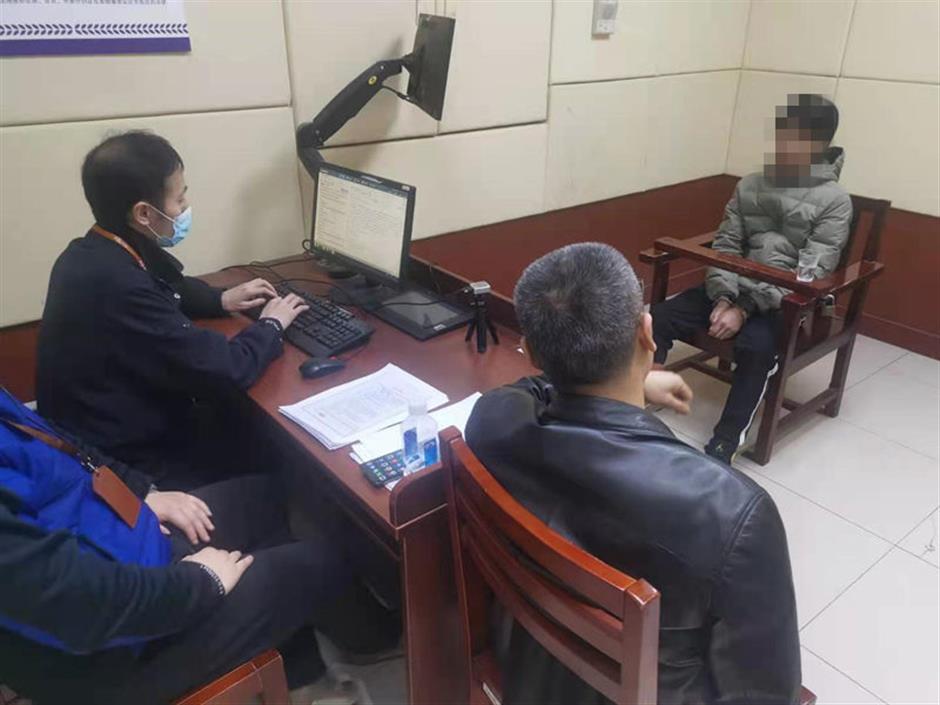 Ju is questioned by the police.