Customer's shock as rat jumps out of bread 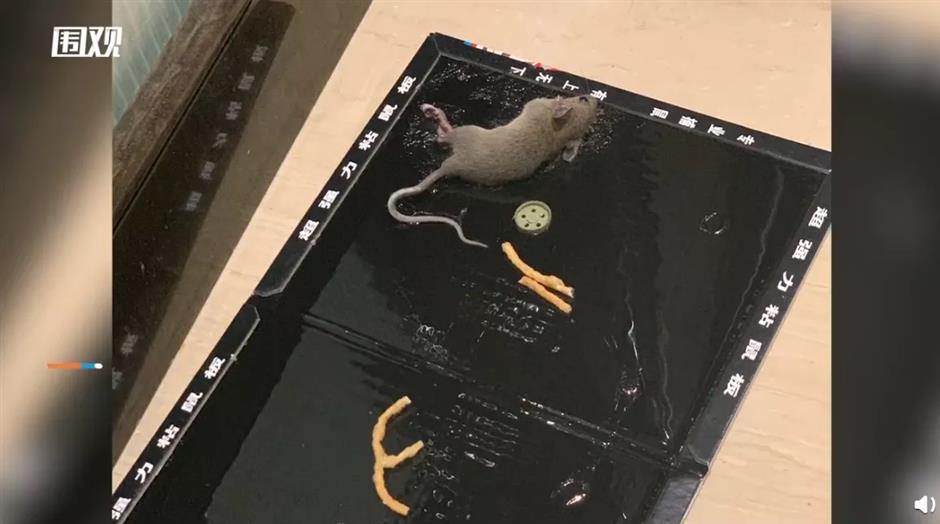 The rat jumps out in Yan's kitchen before it is killed as seen in a video shot by Yan. 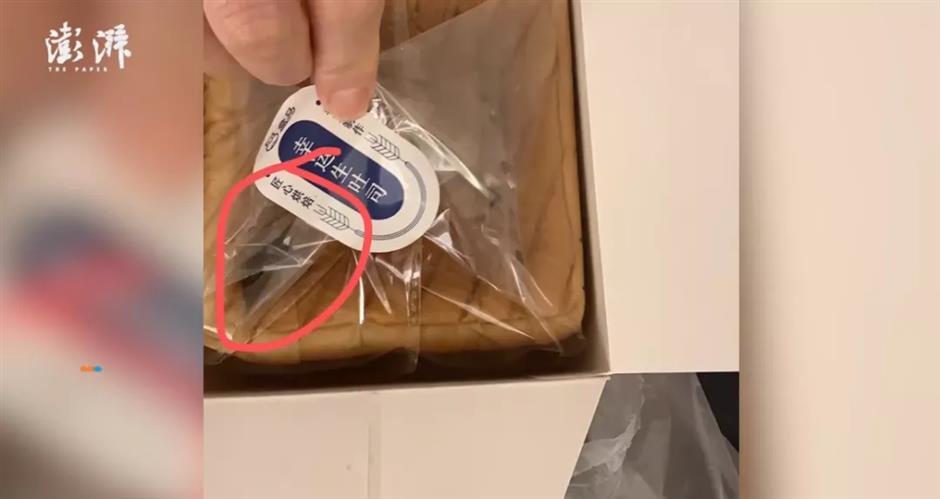 The rat spotted inside the pack of bread.

A branch of fresh food chain Freshippo in the Pudong New Area is under investigation after a customer reported a rat jumping out of bread she bought there.

The woman, surnamed Yan, said she bought the bread from an outlet at the Lilacs International Commercial Center in the Lianyang area on Tuesday using the Freshippo app.

"The little rat jumped out when my husband opened the package and it ran around my kitchen," said Yan, who shot a video of the incident.

"There was a lot of rat excrement left on the bread," she said.

Yan said Freshippo had apologized and offered compensation 10 times the price, but she had refused to accept it.

"I demand an investigation from the third party and then a solution," she said.

Freshippo said the bread was served by the third party and it would cooperate with the investigation by market authorities.

Pudong’s market regulation administration said on Thursday that the bread sold at the outlet had been removed from shelves after the incident.

Pest control and prevention measures were carried out but no trace of pest movement was spotted, the administration said after an initial inspection.

The administration also inspected Artisan Foods, the Pudong-based producer of the bread and found no trace of pests there either.

Both are licensed and the bread was only supplied to Freshippo outlets, the administration said.

Freshippo has been ordered to conduct self-checks and enhance food safety management and a further investigation is underway, the administration said.