Congenital hypertrophic pyloric stenosis is an important cause of intractable vomiting in newborns and infants. Previously, open surgery was the only solution.

Dr Zhou Pinghong from Zhongshan Hospital led his team to use endoscopy to carry out gastric per oral endoscopic myotomy (G-POEM). This is a super minimally invasive and even non-invasive, reducing patients’ trauma and ensuring a quicker recovery.

Since conducting the first such procedure in February, 2019, a total of 21 infants have received G-POEM treatment. All reported positive results.

The youngest patient was only 23 days and the lightest was 3.2 kilograms.

“With experience, we have reduced the surgery time from the originally two hours to the current 14 minutes,” Zhou said. “More newborns and infants can benefit from the procedure.”

A mother, whose boy was the first to receive the innovative treatment, said her son is healthy and growing.

"He was confirmed with disease at 23rd days after delivery," said the mother. "The treatment was so successful that he started to drink milk without vomiting soon after the surgery." 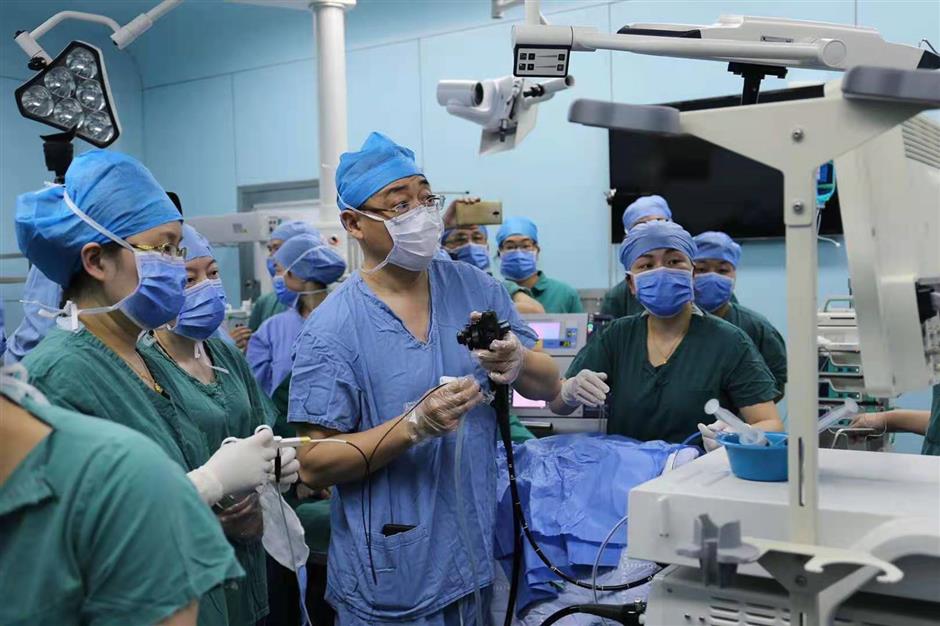