There are nearly 3 million people with Parkinson’s disease in China, the country with the largest number of patients in the world, medical experts have said ahead of World Parkinson’s Disease Day on Sunday.

And there are more young and middle-aged people being detected with the disease.

“About half of Parkinson’s disease patients are in China, which has a higher incidence, but public awareness remains low," said Dr Zeng Ran from Shanghai Donglei Brain Hospital. "Many patients only come to the hospital in the middle and late stage of the disease."

The hospital has set up a one-stop Parkinson’s Disease screening, diagnosis and treatment center.

“Parkinson’s disease is an irreversible and incurable disease," Zeng said. "So early diagnosis and early treatment are very important to delay deterioration and ensure life quality."

Multidisciplinary therapy is conducted at the Parkinson’s disease center, which offers various measures to conduct early screening of patients with potential symptoms in time to offer individualized and effective intervention and treatment.

“In addition to medication, we also carry out deep brain stimulation, a minimally invasive surgical procedure to control tremors by placing an electrode in the brain to deliver electrical stimulation that blocks the nerve signals that cause tremors,” Zeng said.

“We can conduct long-distance control of the electrode in line with a patient's condition.” 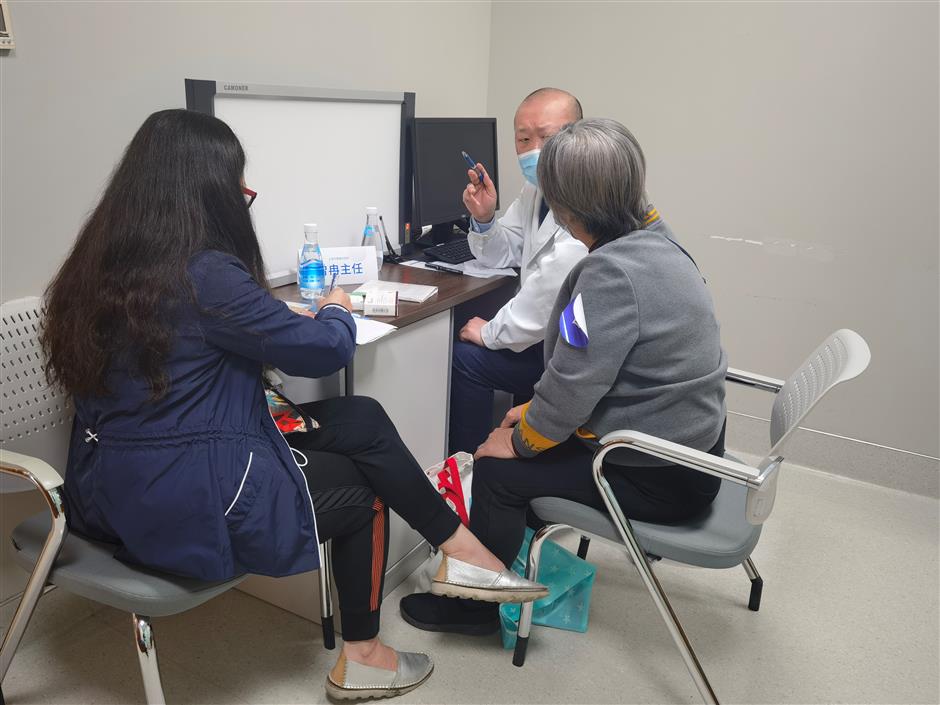