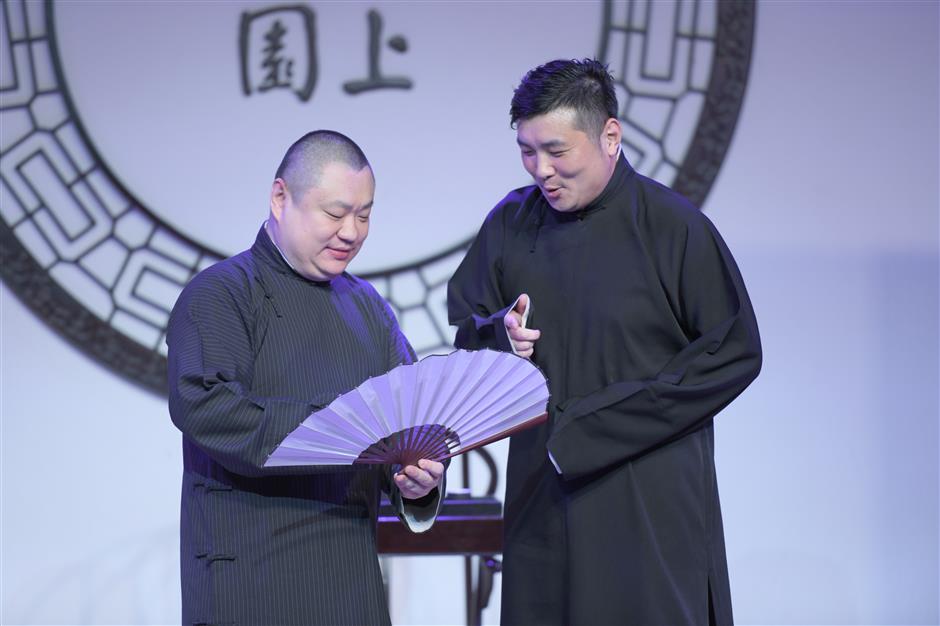 Cross talk is part of the festival. 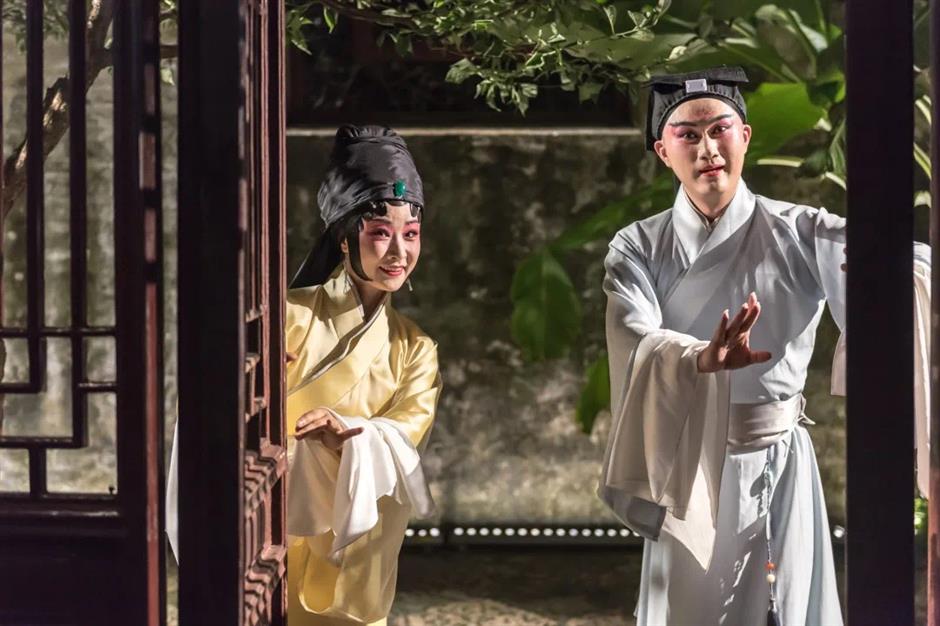 A Chinese drama festival will raise its curtain at the Yuyuan Garden scenic area through the May Day holiday, featuring diversified traditional Chinese theater art genres to promote traditional culture and art.

It is the first time that the drama festival has been held at the iconic tourist attraction.

It will include classic Kunqu Opera “Six Chapters of A Floating Life,” an immersive real-scene performance, pingtan play, a traditional form of storytelling to music performance that originated in Suzhou, cross talks, and farce dramas. 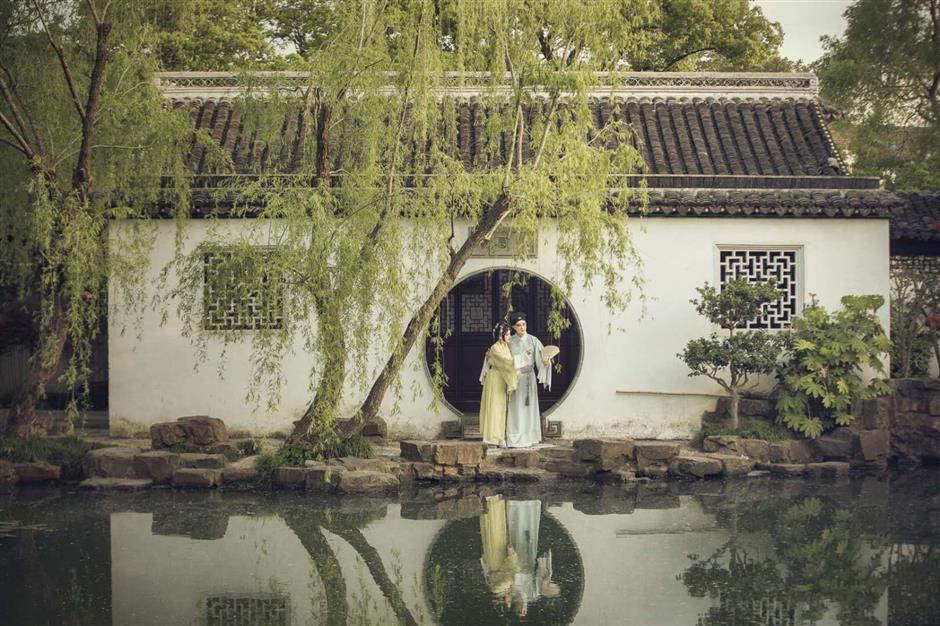 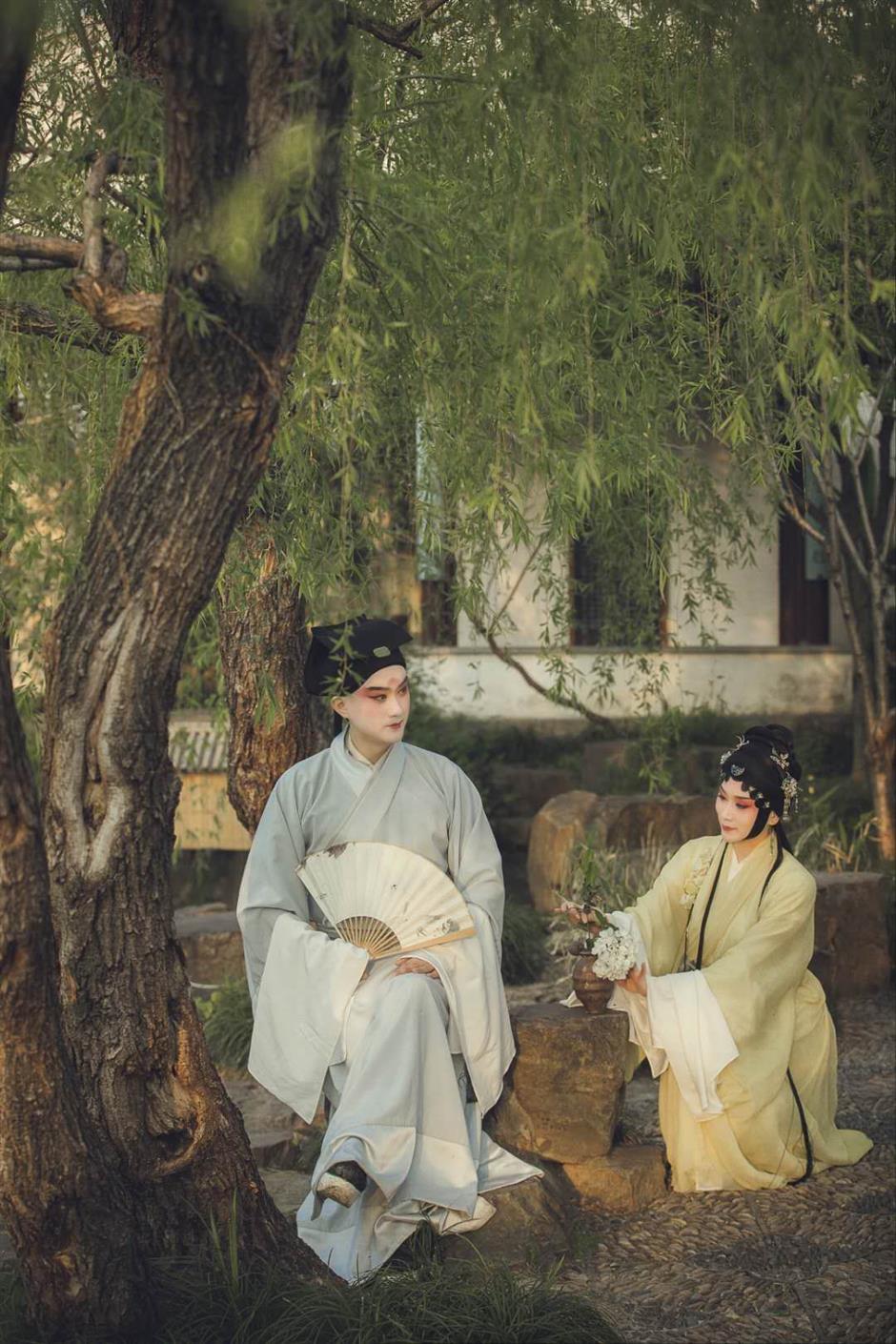 A quiet time together. 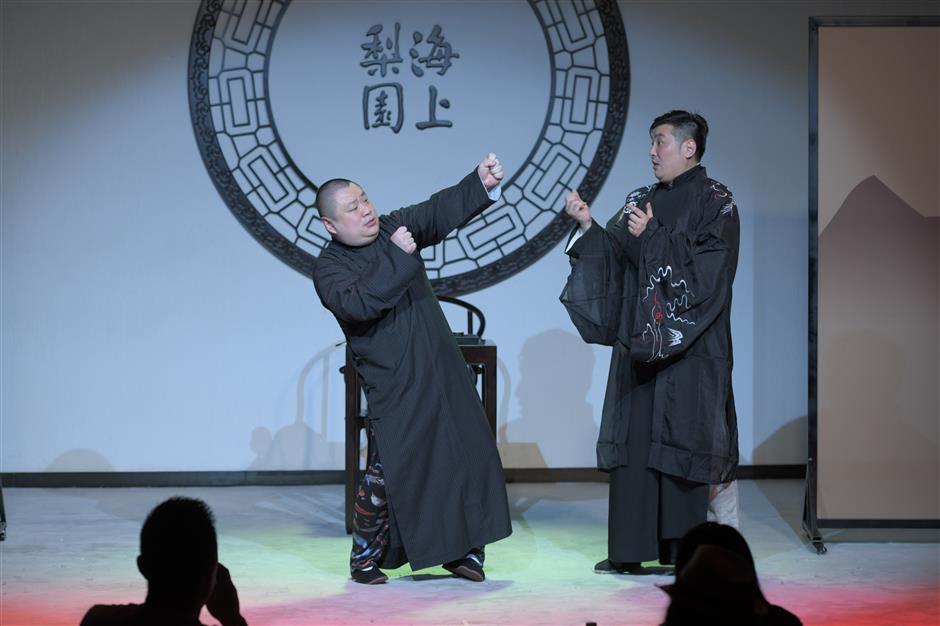 The Kunqu Opera “Six Chapters of A Floating Life” to be staged at Beaufort Terrace, a cultural landmark in Yuyuan Garden, is adapted from the version staged at Surging Waves Pavilion in Suzhou. Flash mob performances will be held on the Zigzag Bridge as part of the show.

The pingtan performance will be based on the four great classical novels of Chinese literature. A stage play to be held during the festival will take the audience through time to learn the life of female poet Li Qingzhao (1084-1155) in the Song Dynasty (960-1279).

The May Day holiday runs from May 1 to 5.