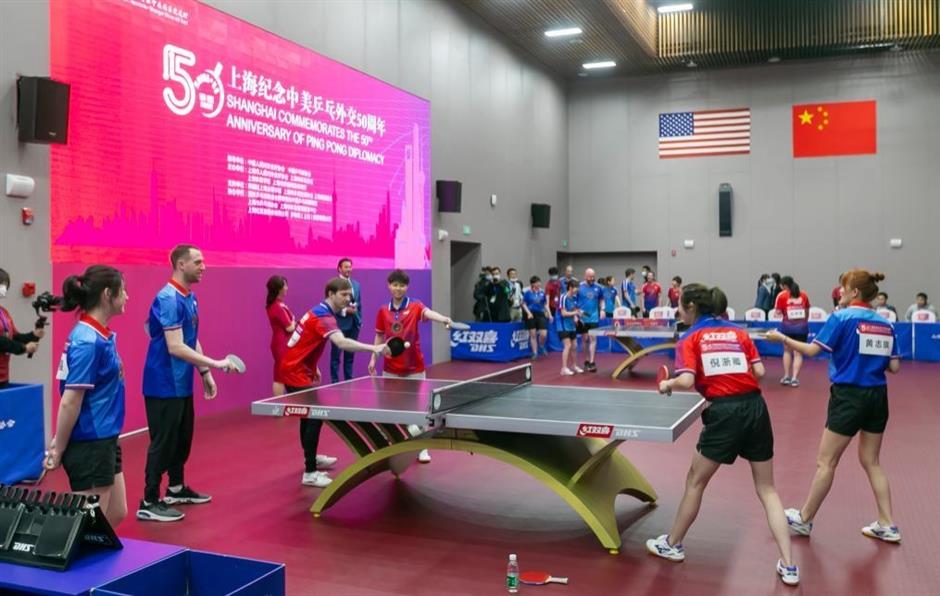 Players from both sides warm up prior to a China-US Ping-Pong friendly match during a special event in Shanghai, east China on April 10, 2021.

A special event was held on Saturday to commemorate the 50th anniversary of the Ping-Pong Diplomacy between China and the United States.

At the conclusion of the 31st World Championships in Nagoya, Japan, at the invitation of the Chinese table tennis team, the US table tennis team arrived on April 10, 1971, to commence their visit to China, becoming the first US group to visit since the founding of the People's Republic of China in 1949.

The Chinese team paid a return visit the following year. The mutual visits broke the ice in two decades of estranged Sino-US relations and eventually led to the normalization of bilateral ties.

The commemorative activity was staged in the International Table Tennis Federation Museum in Shanghai.

"The Ping-Pong Diplomacy of 50 years ago is of special significance in the history of China-US relations," Chinese Ambassador to the United States Cui Tiankai addressed a video speech. 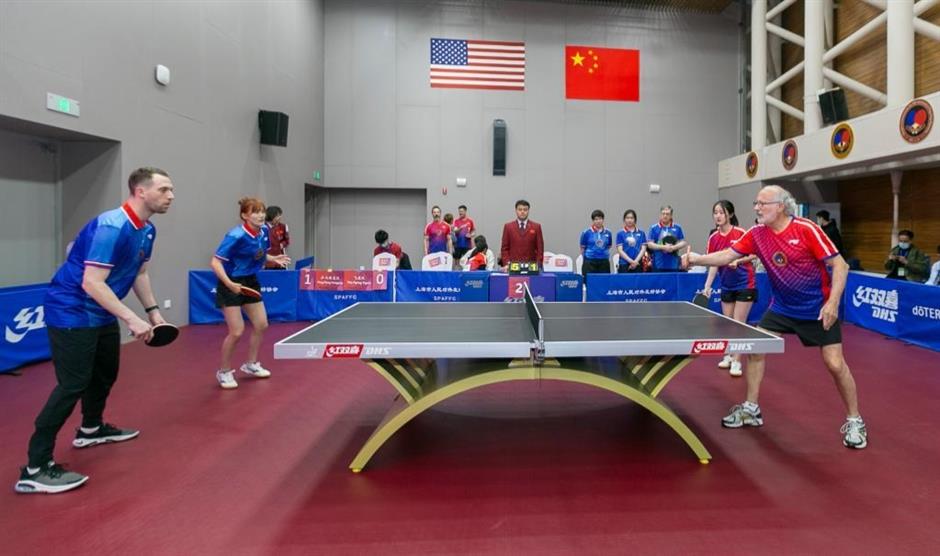 Players from both sides participate in a China-US Ping-Pong friendly match during a special event in Shanghai, east China on April 10, 2021.

"There are so many memories to cherish and so many more to make," she noted.

Sha Hailin, chairman of the Shanghai People's Association for Friendship with Foreign Countries, gifted eight Chinese witnesses the "Ping-Pong Diplomacy" souvenir medals and Ping-Pong paddles. The souvenirs for American witnesses were received by James Heller, the US Consul General in Shanghai.

Guests were shown around the China-US Ping-Pong Diplomacy 50th Anniversary Exhibition at the museum, where photos, collections and videos were displayed to help the audience review the history.

After the ceremony, four teams took part in a China-US Ping-Pong friendly match including players from China Table Tennis College, the US Consulate General in Shanghai, American companies and commercial associations in Shanghai.

The event was organized by the Shanghai People's Association for Friendship with Foreign Countries, Shanghai Sports Federation, Shanghai University of Sport and Shanghai Institute of American Studies.