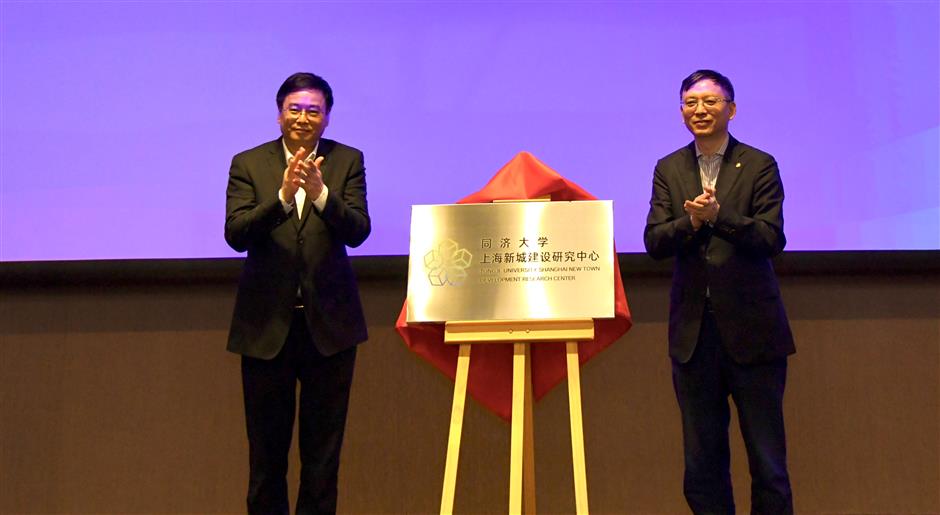 Tongji University established a new research center over the weekend to facilitate the development of Shanghai’s “five new towns,” a new strategy to promote development in the city and the wider Yangtze River Delta region.

According to the university, the center will integrate multiple disciplines with resources from China and overseas to provide consulting services for decision makers in areas such as planning, technology and operations.

One of the targets of the new center is to study outcomes of similar development strategies in other areas and explore new models and theories for the development of the five new towns. It will focus on improving the new towns’ capabilities in resource allocation and industrial strength to make them future-oriented, offering high standards of living, digitization, excellent management and the ability to serve the entire Yangtze River Delta region.

The center will also serve decision makers planning the development of the new towns, with the goal of making them more livable with Shanghai characteristics and integrating urban and rural development. It will also study building the smart towns with big data and intelligent technologies.

More than 20 experts formed an advisory committee for the center at its opening ceremony.

The university will also set up a foundation for new town development research with 10 million yuan (US$1.5 million) of funding to carry out investigations, establish databases, launch research projects and build cooperation platforms.

A forum was also held over the weekend where officials and experts discussed development of the five new towns.