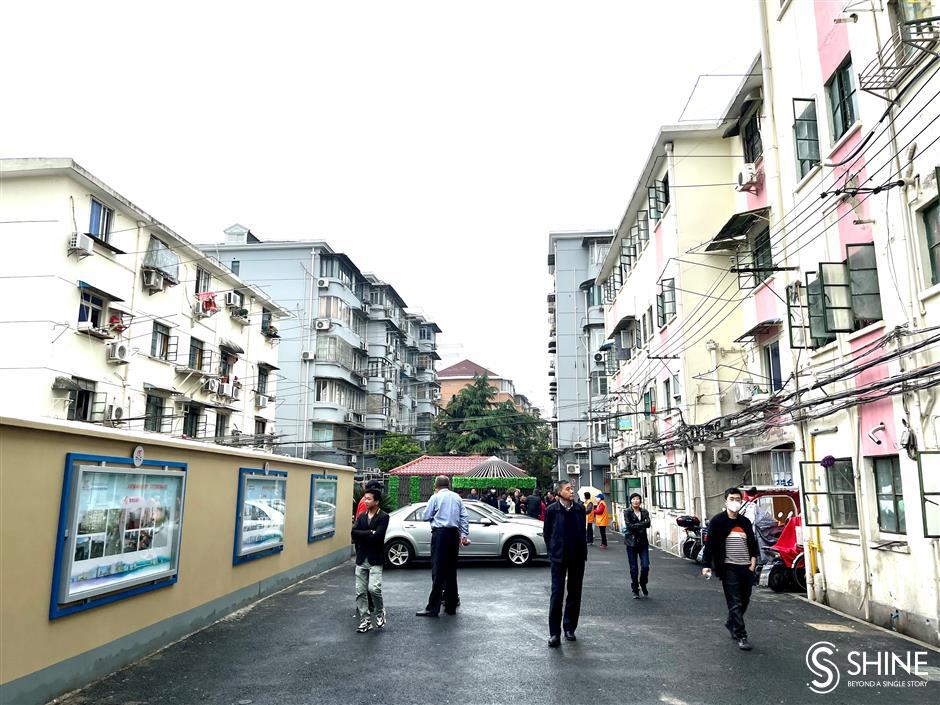 An old residential community in the Shiquan Road Subdistrict where buildings will be inspected. It is also where elevators will be installed as part of a citywide campaign.

Shanghai has launched a major overhaul of the external walls of highrises after a woman was killed by falling fragments in downtown Huangpu in March.

The city’s construction and housing authorities have ordered an inspection of all the buildings by the end of April.

The housing authority of Putuo District, which has a large number of old residential buildings, has listed three kinds of structures with high risks.

They include buildings with external walls and decorations that are likely to fall down, buildings that have been complained about by residents via hotlines as well as those with mosaic tiles and bricks on the façade.

Even buildings without such risks should be covered in the overhaul and inspected regularly, Zhang Jun, director of the Putuo District Housing Management Bureau, told a meeting in the Shiquan Road Subdistrict on Monday.

Two inspection charts were released by the housing authority to subdistricts and towns in Putuo to check each building’s external walls and decorations as well as facilities on the façade. The bureau will offer technical support during the inspections.

All problems or risks must be fixed on site immediately, with surrounding areas cordoned off.

Huangpu launched an inspection of external walls after part of a wall about 5 centimeters thick fell from a high-rise in the Xiling community on Xizang Road S. The middle-aged passer-by who was struck by the falling piece died in hospital.

Apartment buildings built before 2000 have been undergoing inspections to prevent similar cases. 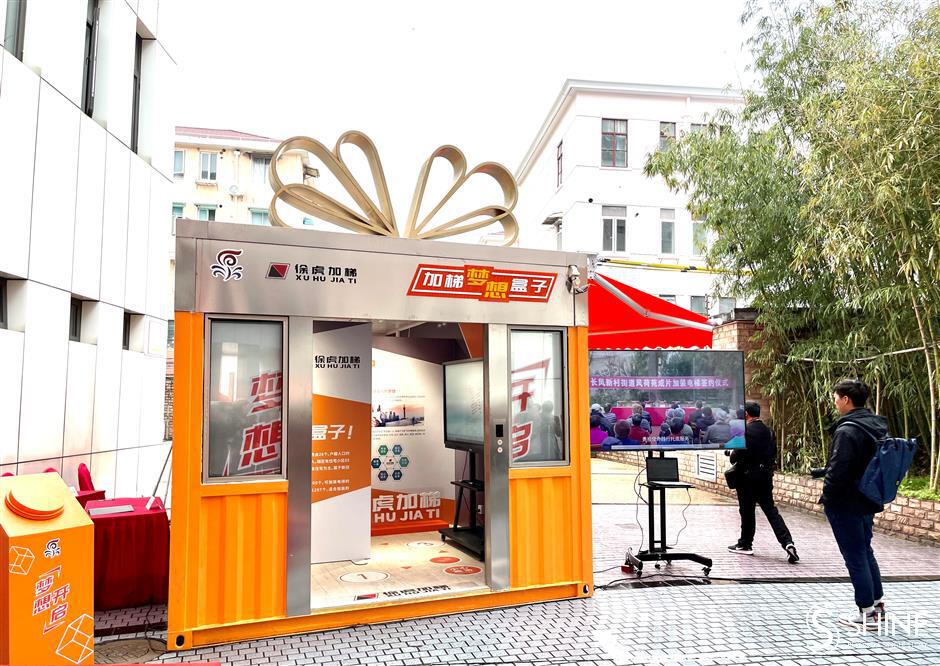 The "Elevator Dream Box" in the Shiquan Road Subdistrict on Monday.

Meanwhile, a citywide campaign to install elevators in old residential buildings has been accelerated at downtown neighborhoods.

Putuo District alone plans to install 200 elevators on residential houses for the convenience of elderly residents.

By the end of March, a total of 265 elevators had been installed in Putuo, including 66 that are in operation and 42 under construction.

An “Elevator Dream Box” in the subdistrict has details of the policies, application process and costs to residents. The mobile unit will tour across the Putuo neighborhoods to drive the campaign.

The subdistrict has cooperated with a professional elevator installation workshop named after Xu Hu, a famous national model worker, who repaired toilets for residents around the clock for decades.

During a trial operation of the dream box in the Guansan neighborhood, 24 elevator installation deals were signed in 23 days, according to the subdistrict.

Residents are encouraged to submit applications via the hotline of the workshop (52904500) which will take charge of the following steps.

By the end of 2020, Putuo had 364,700 senior residents over 60 years old, accounting for 41.05 percent of its population and making it one of the top aging districts in the city, said Zhang Yuxin, Putuo’s deputy director.

“Elevator installation has become essential for the many seniors who live upstairs,” Zhang Yuxin said.