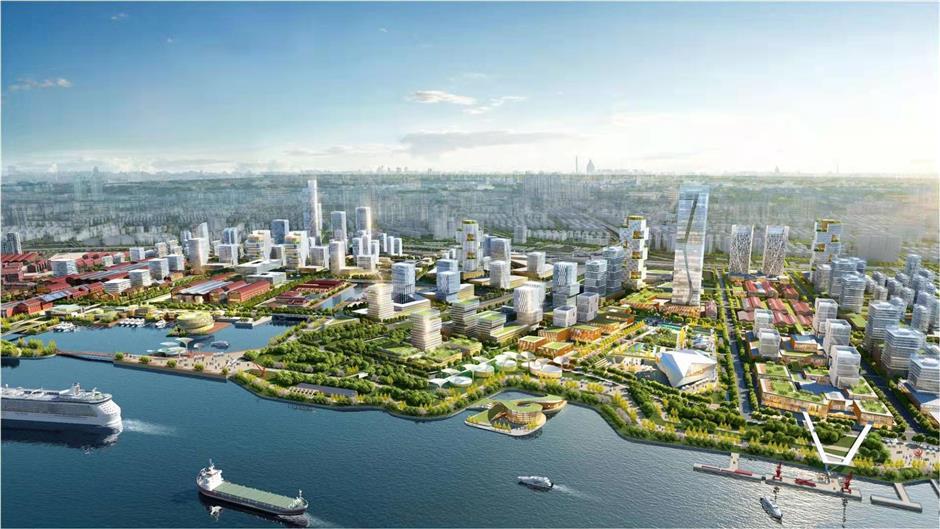 An artistic rendition of the Changyang Belt, an online new economy ecological park, in Yangpu District

A demonstration zone for Shanghai’s digital transformation strategy has been planned in the city’s northern downtown area, which will feature smart transportation and urban management as well as intelligent technologies like artificial intelligence and 5G.

The pilot zones are being developed along the Huangpu River waterfront, once the cradle of China’s modern industries, the Changyang Belt, the city’s major online new economy ecological park, and the Wujiaochang subcenter in Yangpu District.

The leading region of the online new economy sector released its blueprint today to make digital transformation its chief economic and social priority by 2025, and drive the strategy across the Yangpu by 2023.

Yangpu has been promoting a number of pilot applications to create smart communities and innovation parks across the region. High-tension substations are controlled by AI, as well as the level of waterways, fire prevention and security systems.

Many applications based on the 5G network that fully covers Yangpu will be initially launched at the Wujiaochang commercial hub.

The district’s 782 bus stops have been equipped with electronic bus signs to indicate when the next bus will arrive. Parking garages have been integrated into a smart parking information platform. 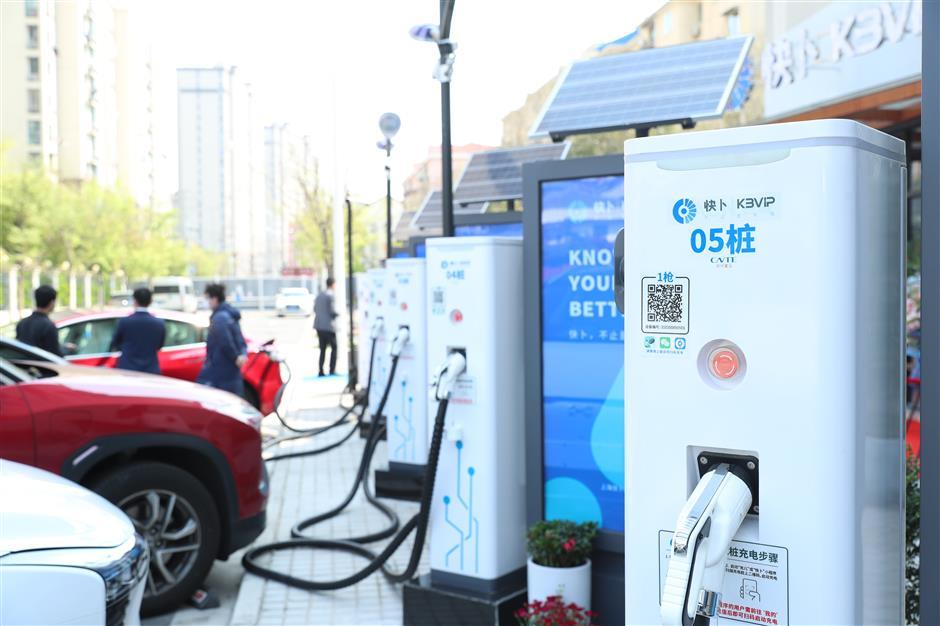 A smart parking guidance system has been under test operations in the Kongjiang Community and the southern part of the Yangpu waterfront.

The city’s first smart charging station for new-energy vehicles was launched at the Changyang Campus, an innovation park transformed from a historical cotton mill with many AI and robotic technologies.

The boom in the online economy during the coronavirus pandemic has brought more opportunities for tech firms and new online businesses.

New infrastructure, such as 5G base stations and charging stations for electric cars, are expected to help restore the economy after the pandemic as well as drive future economic development, according to the Yangpu government.

“Yangpu aims to support and develop at least 10 leading online new economy companies and more than 1,000 innovative tech firms with total industrial scale of over 150 billion yuan,” according to the district government.

Yangpu has gathered many leading firms in the online new economy sector, such as Bilibili, Xiaohongshu, Ucloud and Liulishuo. By the end of 2020, the service industry featuring enterprises with revenue of above 20 million yuan reached 111.4 billion yuan, the fastest-growing downtown district in Shanghai.

An expert panel has been appointed to guide and help achieve the ambitions of the district. It includes Chen Jie, president of Tongji University, and Shao Zhiqing, former deputy director of the Shanghai Commission of Economy and Informatization.

“‘Transparent city’ and ‘distributed governance’ are the keywords for the city’s digital transformation strategy,” said Chen. “All the information about the economic and production space as well as physical activities should be transparent, while urban management will become distributed and diversified."

Wu Jincheng, director of the commission, said the digital transformation of Shanghai will focus on three fields of the economy, life and urban management.