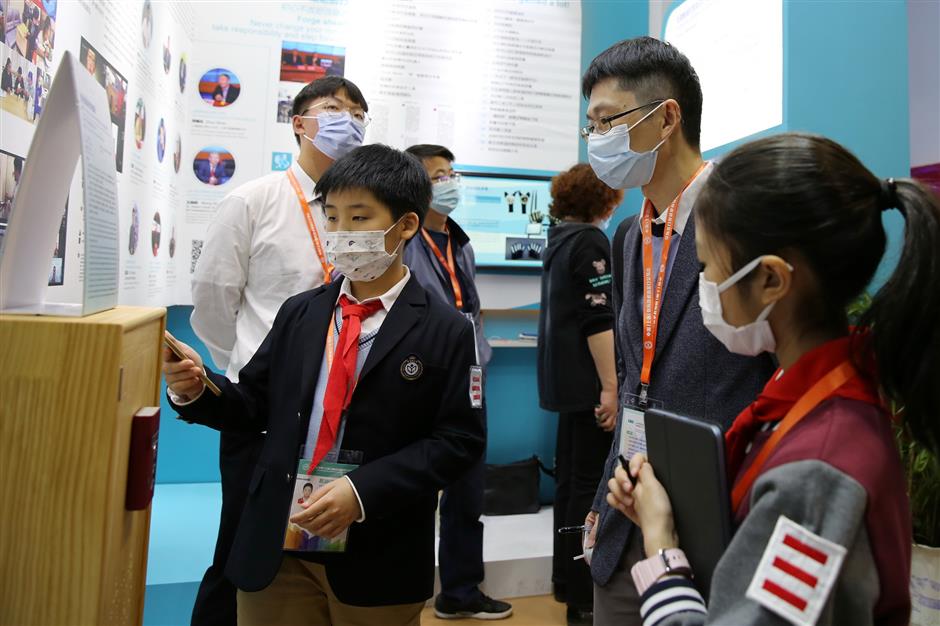 Do you lick the lid when drinking yogurt to prevent waste but feel embarrassed about doing so in public?

You don’t have to worry if you use a straw invented by a primary school student which is on display at the 8th China (Shanghai) International Technology Fair from Thursday to Saturday.

It is one of 37 inventions by young Shanghai students, including 12 that are patented or applying for patents.

Many of the inventions aim at making life more convenient.

“People like drinking yogurt, and thick yogurt is likely to stick to the lid, which is a conundrum in the industry,” said Qin Zixin from Shanghai Normal University Demonstration Primary School. “It is common to lick the lid when drinking yogurt, which is neither hygienic nor convenient. So I decided to design a kind of straw that can remove yogurt from the lid.”

Inspired by the structure of an umbrella, Qin added a similar push-pull structure to the outer layer of an ordinary yogurt straw. After inserting it into the yogurt cup, users can push the out layer and stretch out the accessory. By rotating the straw, drinkers can scrape the yogurt off the lid.

Qin has a patent for the invention. 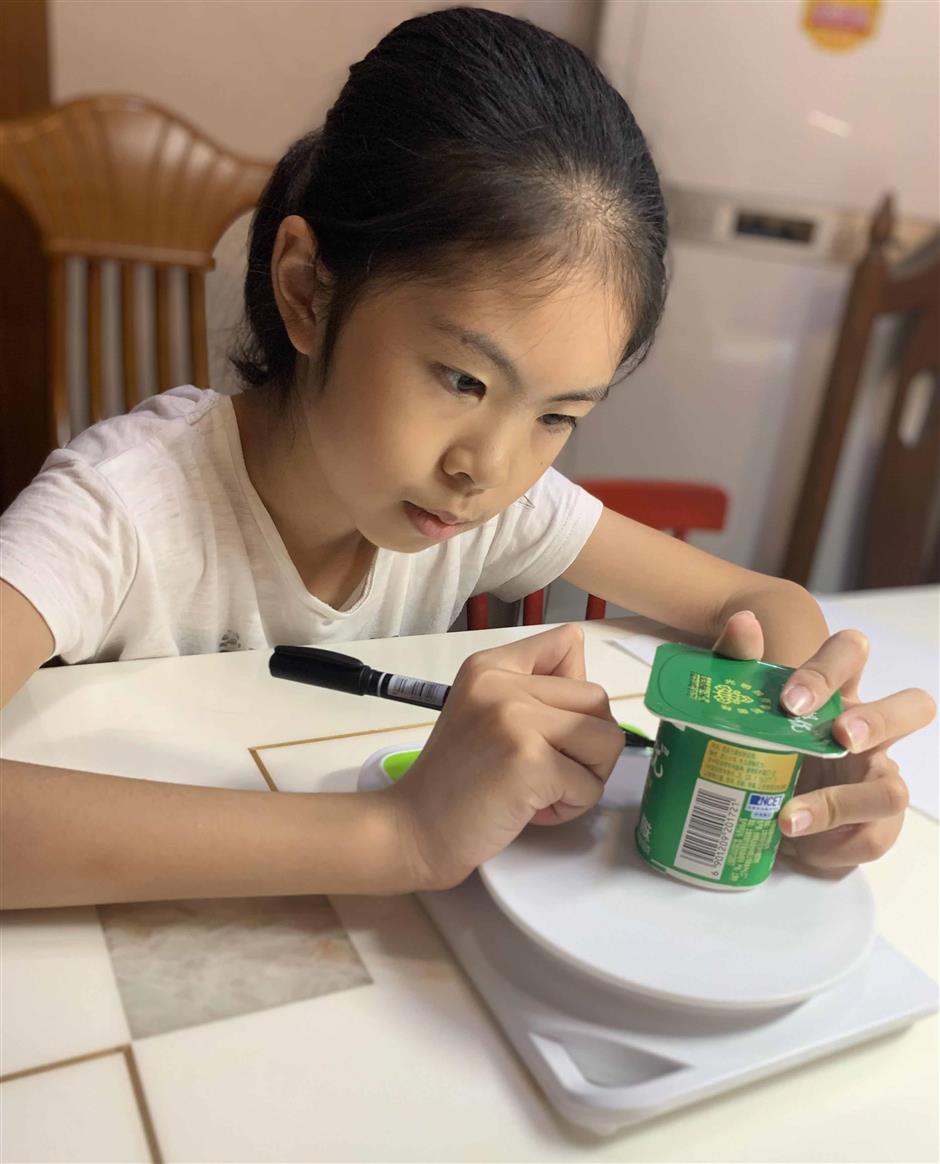 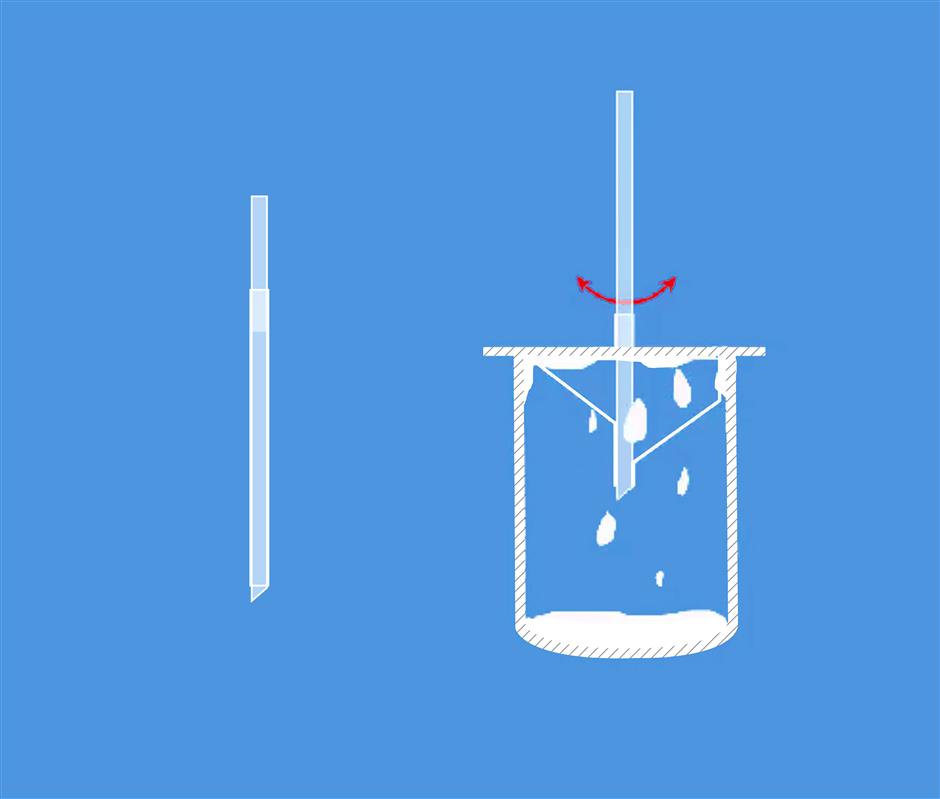 Zhang Enxian from Shanghai Fengxian High School presented a type of detachable all-directional wheel with a brake for luggage. It is already available on e-commerce platform Tmall.

“Wheels for luggage are easily worn-out and some people just abandon the suitcase entirely, which is a waste of resources,” said Zhang. “So I decided to make a wheel that can be easily installed to and removed from luggage by users to avoid such waste. And with a brake, we don’t have to hold the luggage all the time to prevent it from sliding away.” 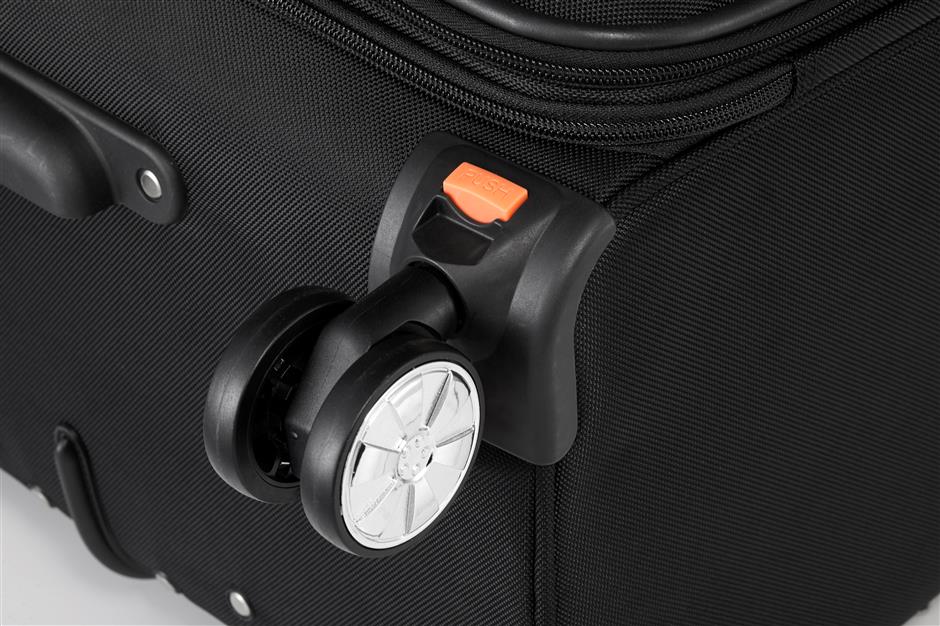 Zhang Enxian developed a type of detachable all-directional wheel with a brake for luggage, already available on Tmall.

Wu Zengyang from the Second School Affiliated to Fudan University has developed an inflatable neck pillow that can be used as an infusion stand.

“Children usually can’t sit still for long when put on a drip while adults also have difficulties if they want to use the toilet during infusion,” said Wu.

His design includes a pouch on either side of the inflatable pillow and can hold infusion bags or bottles. Patients can rest their neck against the pillow while freeing their hands during the long drip process.

He also equipped the pillow with a pump that can adjust the drip volume and an alarm that can remind patients when the liquid is about to run out.

He has applied for a patent. 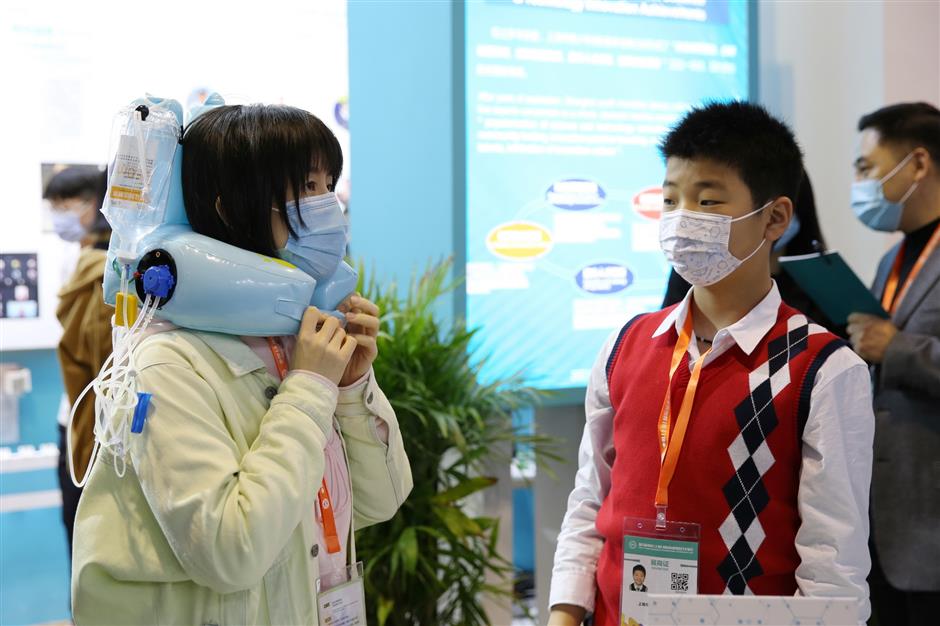 Wu Zengyang (right) developed an inflatable neck pillow that can be used for infusions.

“3D printers are increasingly popular, but sometimes we may have to scrap the semi-finished products when the consuming materials run out,” he said. “It’s a huge waste.”

His invention, costing just 3 yuan (46 US cents), can connect the different materials to reduce waste and also materials of different colors to meet special needs in 3D printing. He has developed five versions of his invention.

People interested in the inventions can visit the fair’s website (www.csitf.com) for free tickets or pay an online visit. 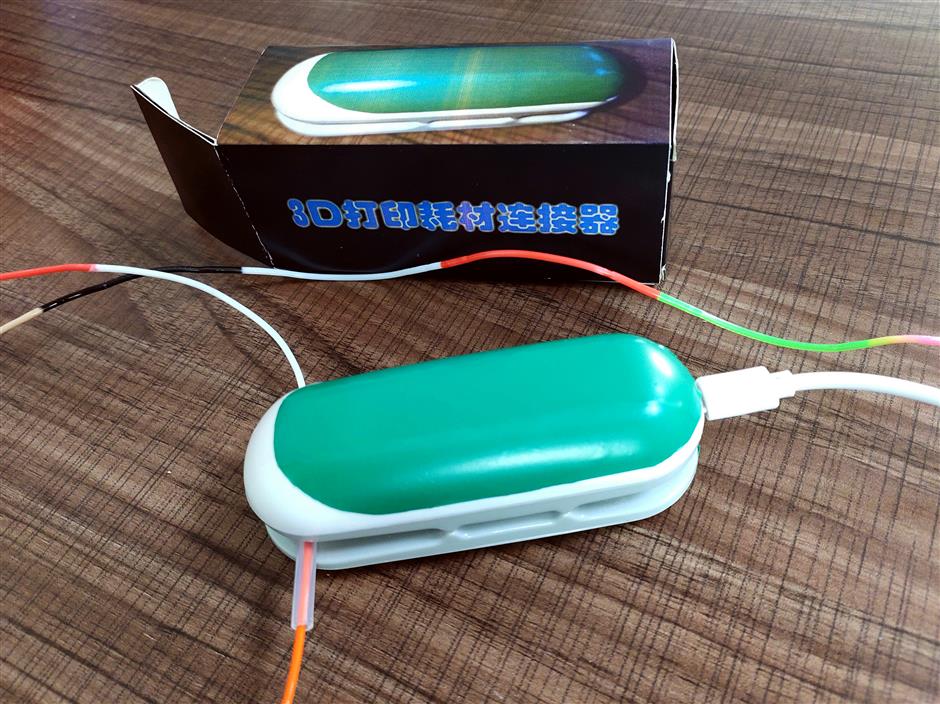