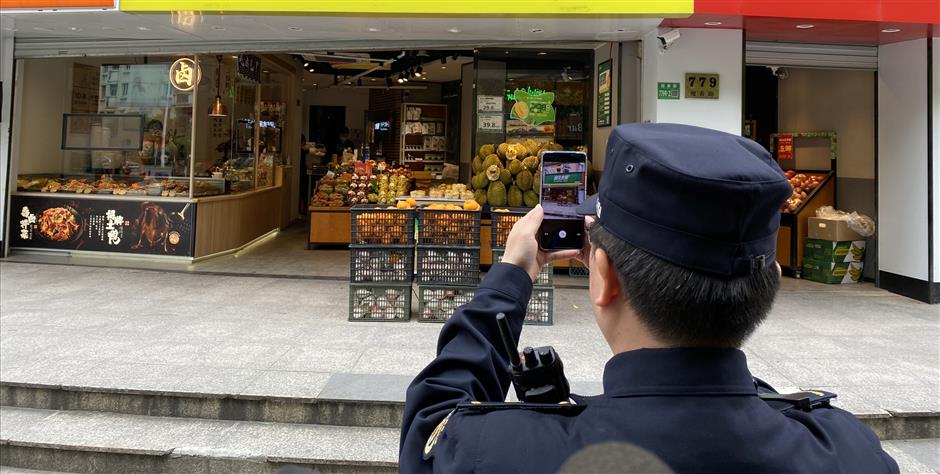 An official with the Pudong New Area Urban Management and Law Enforcement Bureau on street patrol on Thursday.

A three-tier management system for street-side businesses has been established, corresponding to different inspection frequencies based on potential hazards given consideration to their business models and operation, the Shanghai Urban Management and Law Enforcement Bureau said.

For businesses tagged "red," an inspection is conducted at least once every two days. It is once a week for those tagged "yellow" and once a month for "green" businesses.

The tags can be adjusted based on inspection results, complaints from residents and media exposure.

In March, a citywide inspection covered around 200,000 street-side businesses across the city. 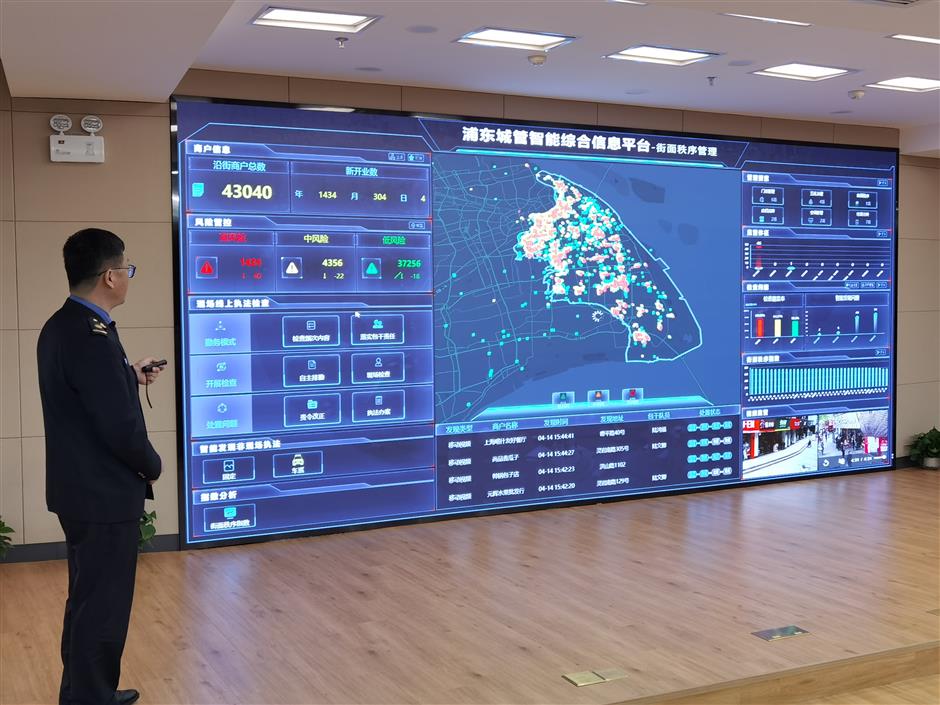 An intelligent information platform displays the results of street-side businesses inspections in the Pudong New Area.

The authorities in the Pudong New Area are the first to trial the three-color system.

"Fruit shops and express delivery stations top the list of 'red' businesses because they lead to more practices that affect the street environment and order," said Yuan Xingchao, head of the information direction center of Pudong’s Urban Management and Law Enforcement Bureau.

"Clothing shops and supermarkets are mostly marked 'yellow' and go-between housing agencies and financial institutions are mostly 'green,'" he said.

"The colors are changed in real time and frequent violators or those refusing to rectify irregularities will have their colors upgraded.”

A smart system connecting a comprehensive information platform, sub-platforms of 35 urban management teams, and the law enforcement terminal apps of about 1,800 officials has been established in Pudong.

It can locate officials and law enforcement vehicles and allocate work based on their location. 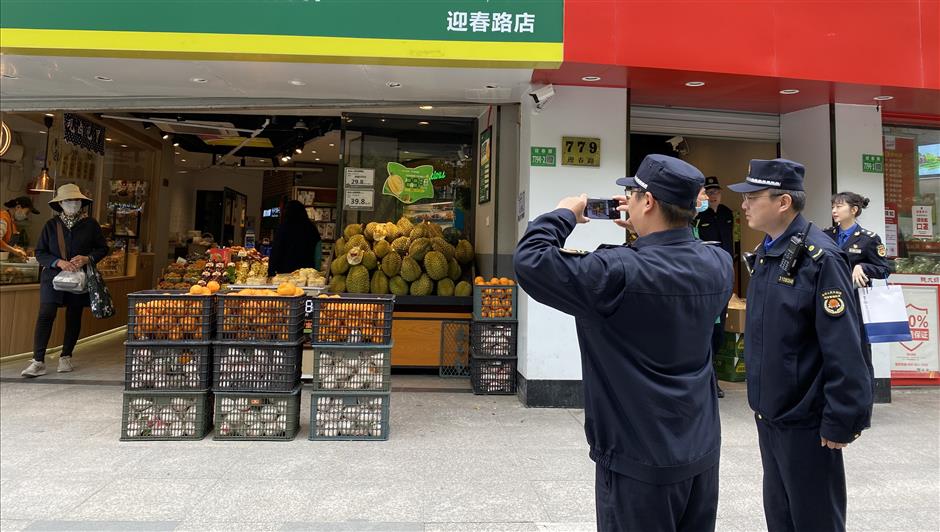 In Pudong, 20 law enforcement vehicles, each with panoramic cameras, carry out road patrols to identify violations.

More than 1,600 violations have been caught since January when the system was launched in Pudong and the number of complaints about street order in in the first quarter dropped 30 percent from the fourth quarter of last year as a result.

The experience gained in Pudong is to be promoted citywide to intensify crackdowns on long-term problems such as disposal violations of various types of household waste.